Hundreds of airline flights were canceled this week. Why?

Hundreds of airline flights have been canceled this week because of a variety of factors. The biggest being a labor shortage with few pilots to fly a busy summer. 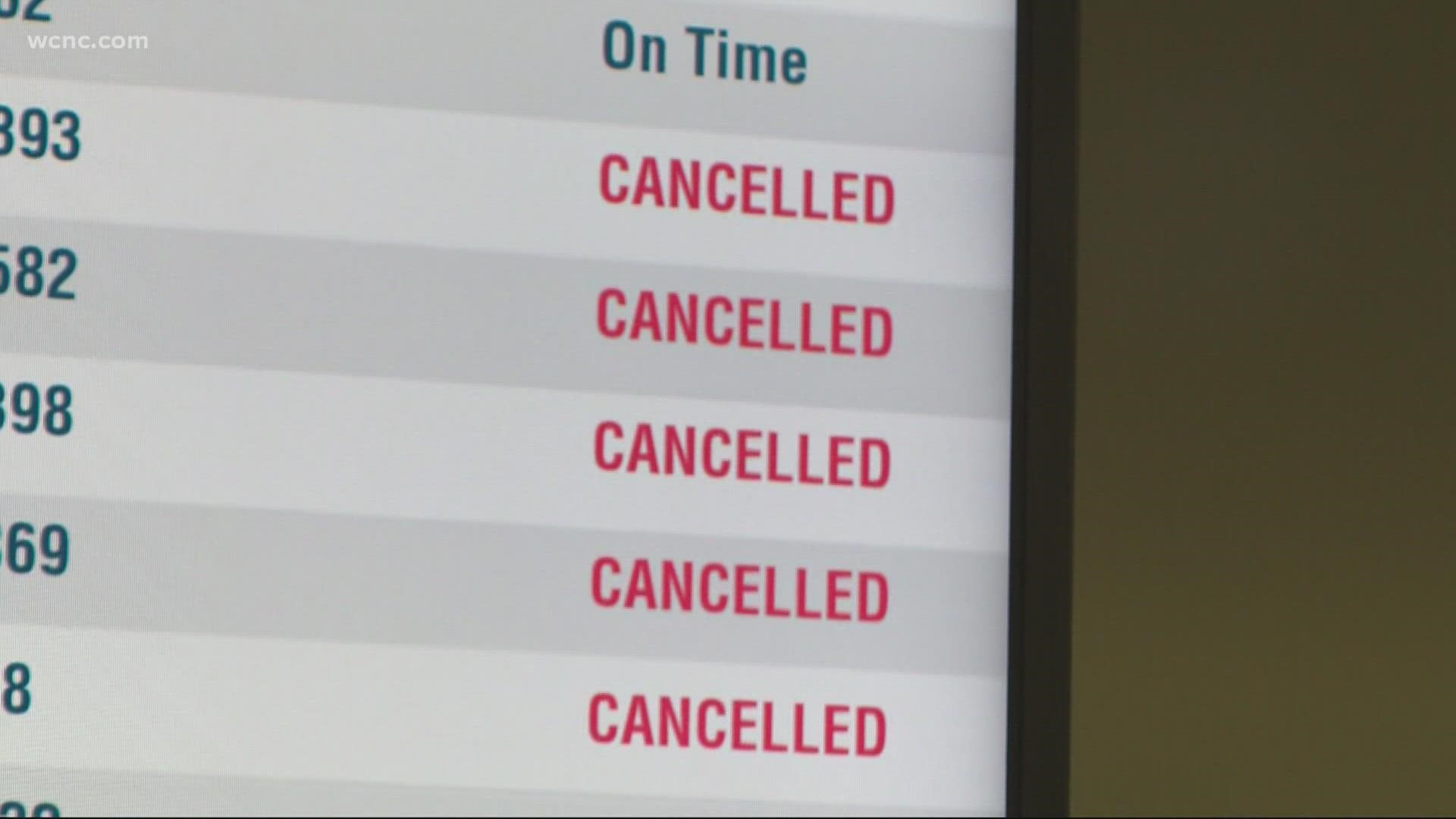 CHARLOTTE, N.C. — Hundreds of flights nationwide have been canceled this week, leaving passengers scrambling if they're stranded in the airport or away from home.

It's a big problem, brought on largely by a labor shortage within some of the biggest airlines, according to experts in the travel industry. This is why if you're flying, you should always check the status of your flight before going to the airport.

“Any time you shut down a sector of the economy, then try to reopen suddenly, there is bound to be some issues,” said Willis Orlando with Scott’s Cheap Flights, a company that monitors air travel.

FlightAware.com reported that Spirit canceled 472 flights. That's more than two-thirds of their scheduled departures. Then on Wednesday, another 47 were delayed. All this after Spirit canceled 19% of flights on Sunday and 40% on Monday.

American canceled 378 flights (12%) on Tuesday and 18% on Monday. Experts say it's mostly due to the labor shortage.

“One of the things the airlines have cited is, we don’t have enough pilots,” said Orlando.

So, what do you do if this happens to you?

First, it’s out of your control, so just pay attention to your flight ahead of time and don’t get surprised at the airport. Also, and this is a big one, you might be entitled to some compensation from the airline.

“If there has been a significant change, this gives you an opportunity to rebook yourself in a more leisurely way," Orlando said. "Maybe it's a new flight without the stop or better travel times. Keep checking, because it's much less stressful to do it at home than from the airport."

Shouldn’t the airlines be better at this, anticipating issues like this? The truth is they do their best. Airlines make flight schedules months ahead of time and try to anticipate the demand.

RELATED: US plans to require COVID-19 shots for foreign travelers

What’s happening right now is, demand has exceeded their expectations. This may take some time to iron out, so be flexible and don’t get surprised at the airport.