Most of our rain this fall has been from tropical systems

Zeta will join the list of Sally, Beta and Delta to dump more rain on the Charlotte area. 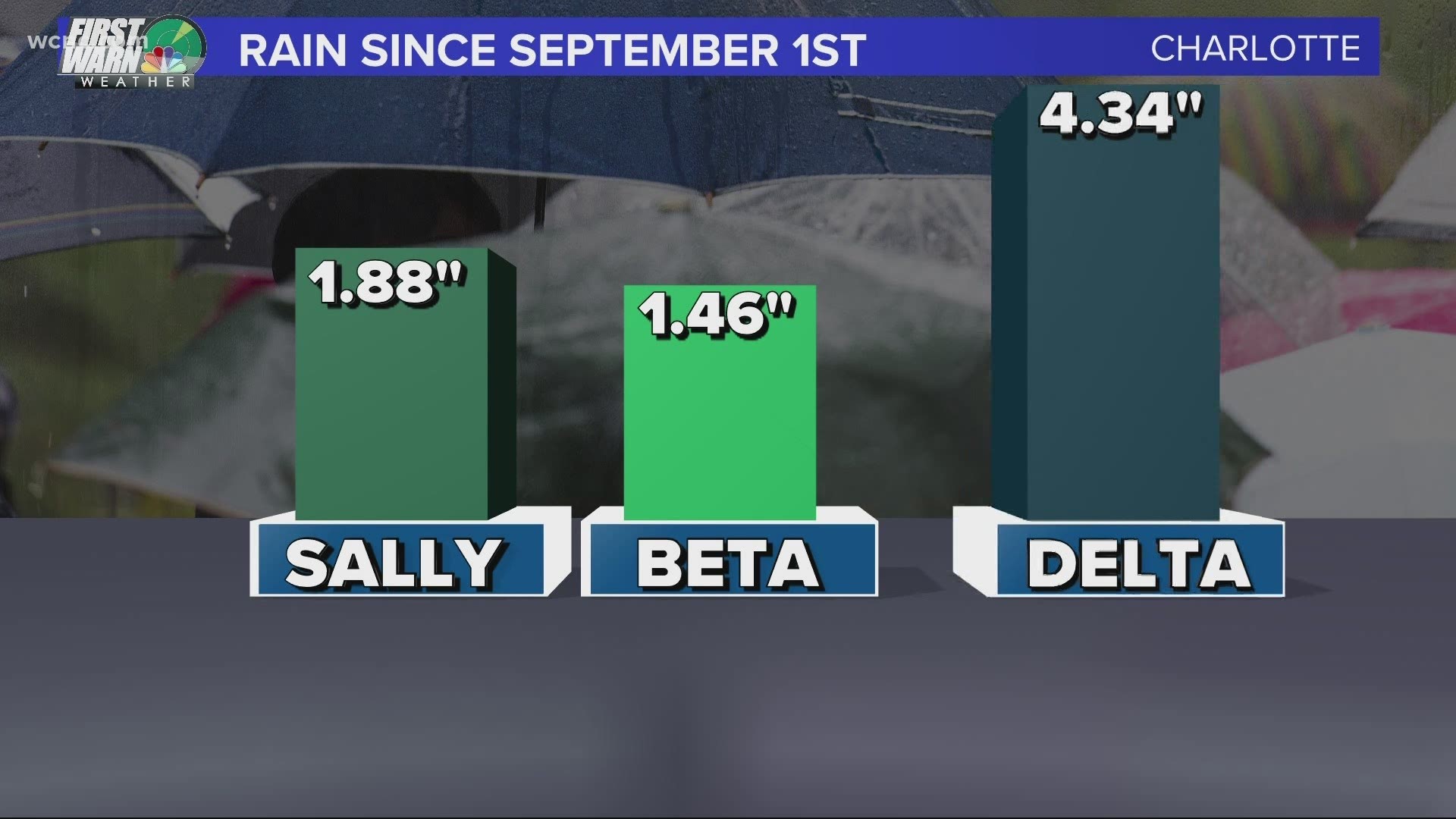 CHARLOTTE, N.C. — Charlotte has received more than 9 inches of rain since the beginning of September but looking back most of that rain fell in only 6 days.

Since early September we have had the remnants of Hurricane Sally, Tropical Storm Beta and Hurricane Delta all pass the Charlotte area. Sally dumped 1.88” of rain on September 16th and 17th. Then followed by 1.46” on the 24th and 25th from Beta.

About 75 % of the rain to fall in September… came from Sally and Beta alone.

Overall, there have been more dry days than wet days so far this fall. Looking at October… today is only the 7th day we have had any measurable rain but most of that fell when the leftovers of Delta passed.

Delta, dumped more rain than Sally and Beta combined. 4.34” of rain fell from October 10th to the 12th.

This storm also spawned several tornado warnings across the area.

These tropical systems have been the main benefactor for our rain. Without these systems, the SE would join a lot of the country with at least some sort of drought status.

Zeta is moving so fast… that some of our area could feel lower end tropical storm force wind gusts by tomorrow but the heaviest rain will fall in the Mountains. Zeta will be in and out but it is coming in as the 27th named storm of the season and the 11th to make landfall in the US. Both are records.