A Lincoln County man's cattle were killed during a storm when a rotted power line came down. Who's responsible?

The weather radar was showing rough weather and high winds roaring through, and the outcome wasn’t good for Billy Lynch, who owns a pasture. 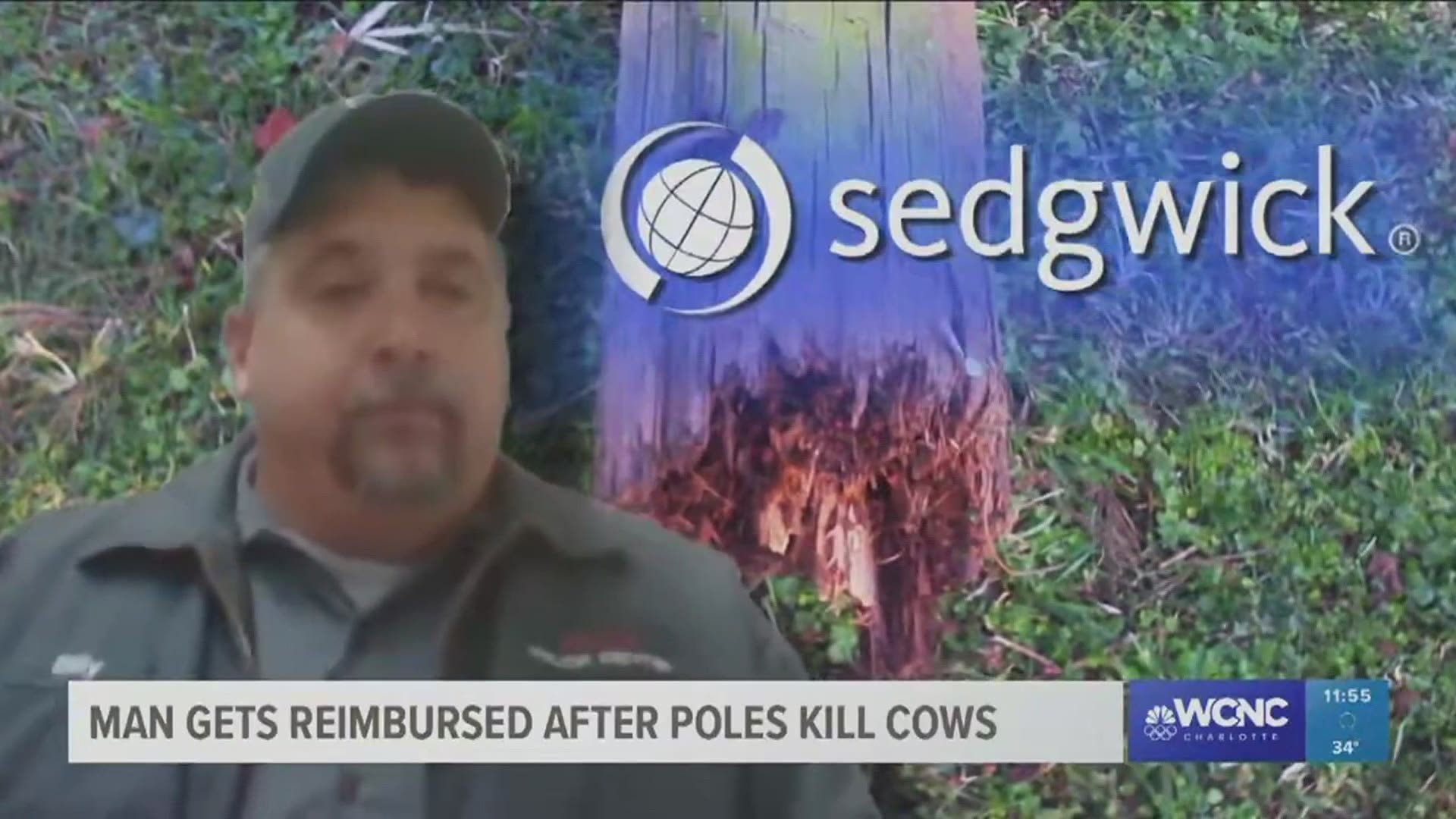 CHARLOTTE, N.C. — Sometimes stories just have an odd twist. This is one of those stories. It begins in Lincoln County when a bad storm in late 2020 brought down power lines and killed some cattle underneath.

Was it a fluke? Or could it have been prevented?

It was a stormy day, the date Oct. 29, what was left of Hurricane Zeta was rolling through the Carolinas. These kinds of storms can do all kinds of damage like downed trees, power poles, and very dangerous power lines.

The latter happened in Lincoln County. The weather radar was showing rough weather and high winds roaring through, and the outcome wasn’t good for Billy Lynch, who owns a pasture where livestock was grazing.

“What it is, is vacant land, I have no power on the land, in fact, I am not even a Duke customer," Lynch said. "The other poles on the property had been replaced several years ago, but why this particular pole was not replaced at that time, I have no idea why."

That pole Lynch mentioned was rotted and came down in the storm, bringing live power lines down with it. Three cattle, one of them pregnant, were all electrocuted.

“No tree limb fell and broke the power lines, it was simply a rotten pole, said Lynch.

When Lynch contacted Duke Energy, he was referred to a third-party vendor that handles insurance claims. Lynch said that the vendor told him this storm was nature, an ‘act of God,’ and that they were not responsible for the cattle.

“I don’t see where it was my responsibility, we didn’t have anything to do with trees falling on it”, said Lynch

Lynch just wanted the insurance vendor to take another look at the case and see that weather had nothing to do with it because the rotted pole was the culprit.

He emailed WCNC Defender Bill McGinty bmcginty@wcnc.com to ask for help, and McGinty emailed Duke Energy asking them to intervene and look, since it was their vendor denying the claim.

Duke immediately stepped up, investigated, and brought about a quick solution.

“So, we were happy to have the opportunity to look into this issue further and ultimately make it right with the customer,” said Meghan Miles, Spokesperson for Duke Energy Media Relations.

Duke contacted Lynch to let him know that they would make good on his loss of cattle. The cattle were worth $3,500.

“We come up with a settlement that was good for both of us, like I said, this has been going on since October and you (Bill McGinty) got it handled for me within 24 hours” Lynch said.

Here is some perspective.

RELATED: Most who applied, wait for HOPE rent and utility help are women