Due to the chance of severe storms the City of Charlotte has cancelled the Community Conversations event on the Government Center Plaza Friday evening. 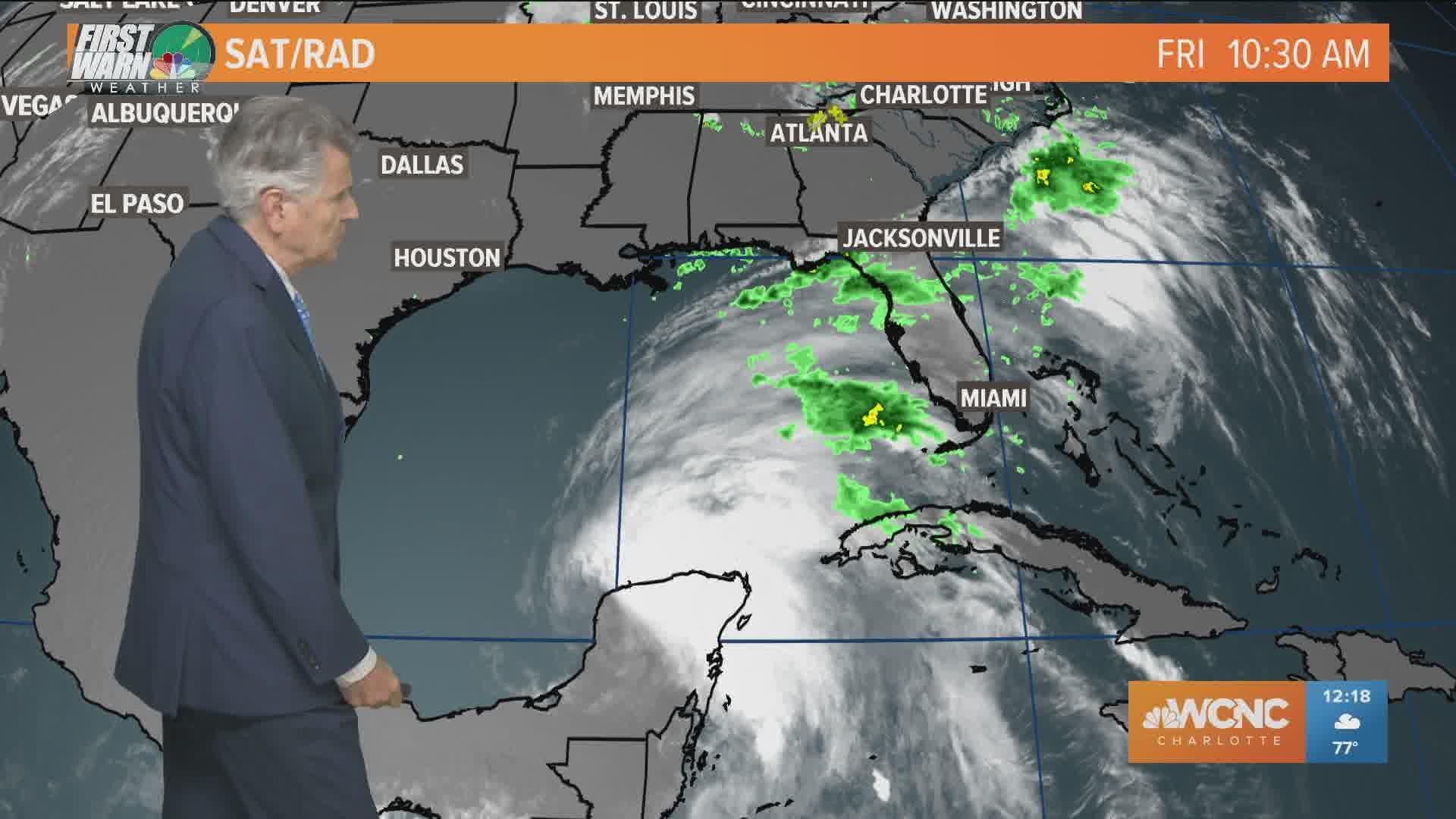 Clouds will thicken up Friday evening with the chance of scattered showers and strong thunderstorms.

"We're not expecting a widespread severe weather outbreak, but we could get a couple of strong thunderstorms," Sprinkle said.

The high Friday will be in the mid 80s.  The afternoon sun is heating up the atmosphere and that could produce a few strong to severe storms.

"Anytime from late this afternoon through the evening we could have some storms out there," said Larry Sprinkle of the First Warn Storm Team.

Due to the chance of severe storms the City of Charlotte has cancelled the Community Conversations event on the Government Center Plaza.  Residents are encouraged to provide stories and feedback to Charlotte City Council by emailing cltcitycouncil@charlottenc.gov.

There will be a full moon Friday night and Panovich says there's a chance we'll be able to see it.

"We should be able to see the full moon tonight at some point," Panovich said.  "There will be plenty of breaks in the clouds and it will be clear at times."

A full moon in June was known as a "Strawberry Moon" by Native Americans. For them, it signaled that fruits, such as strawberries, were ripe for picking.

Of course, the moon doesn't acquire any special powers because of this name. It will be big, bright, and white just like any other full moon.

It will be dry Saturday and much hotter with the high temperature near 90 degrees with a 20 percent chance of rain.

Humidity will be lower on Sunday and dry with highs near 87 degrees.