With feel-like temperatures possibly reaching 105 degrees on Saturday, organizers and attendees are finding ways to cool down. 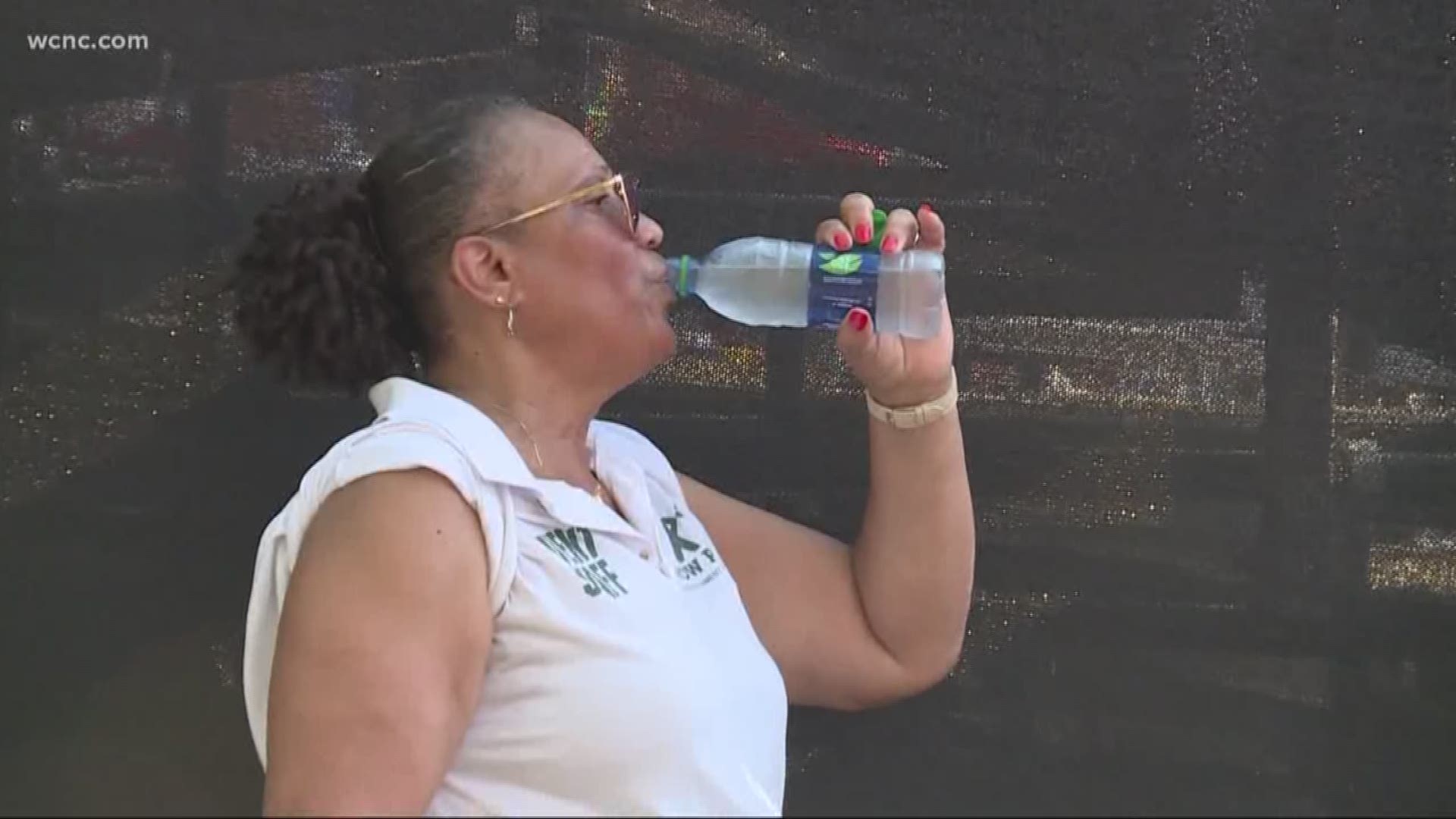 CHARLOTTE, N.C. — Charlotte will be hosting some of soccer's most popular players and teams during a weekend that's going to be a scorcher.

Those who plan to be there for the action are taking precautions, and so are event organizers.

"It's intense. It's hot today, and muggy," said Heather Parker, who attended House of Soccer with her kiddos and plans to attend the soccer game on Saturday.

With feel-like temperatures possibly reaching 105 degrees on Saturday, she and others are getting prepared for the boiling weather.

"Charlotte in July, so we knew it was gonna be hot," said Ben Sosenko, an organizer with Relevent Sports Group.

Heat is the number one weather killer in the U.S. according to NOAA (National Oceanic and Atmospheric Administration), killing 108 people in 2018. That's more than those who died in tornadoes, hurricanes, or other weather makers.

Those who were out enjoying House of Soccer on Friday were already feeling it.

"I'm actually from Jamaica and it's pretty hot in Jamaica but it's actually hotter here than it is in Jamaica right now, so that says a lot," Alexis Nunes said.

The temperatures are due to get hotter on Saturday, and organizers are urging attendees to take precautions.

"We recommend that people stay hydrated," he said.

The event is also taking steps to keep people cool.

"You don't have to pay five bucks for water. We want to make sure people are hydrated, so you'll be able to pick up water," said Sosenko as he explained there would be free water for everyone.

Some brought their own umbrellas as others sought refuge under those that were provided.

The park's waterfall and cooling station was also a relief to many.

House of Soccer organizers also had roughly a dozen fans and misters that provided cooldowns for others.

"The fans are a great contribution to getting out of the heat just for a second," said Thompson.

A dangerously hot weekend ahead with everyone doing their best to beat the heat.

"Making sure he gets a lot of water,  and we're in the shade whenever we can," said Parker.