Did you wake up to a loud boom overnight? You're not alone.

Hundreds of people across the Charlotte area were awoken by a loud thunderous crashing sound early Tuesday morning. Turns out, it was thunder. 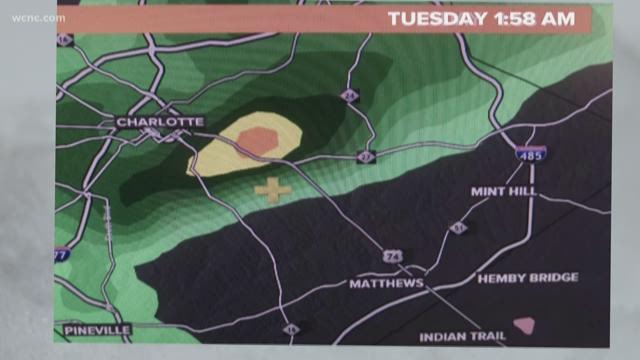 CHARLOTTE, N.C. -- Hundreds of people across the Charlotte area were awoken by a loud thunderous crashing sound early Tuesday morning. Turns out, it was thunder.

An arctic front moved across the Charlotte area overnight. The front included a band of showers and even some thunder showers, particularly over Mecklenburg County.

"There was hail associated with this and one enormous thunder bolt," Panovich said.

So what happened to cause a single lightning strike?

"We had what's called a temperature inversion," Panovich said.

"Temperatures were about 40 degrees but there was a layer of warm air just off the surface," Panovich said. "As a thunder shower formed over Charlotte, it produced an enormous positive lightning strike."

"These are big lightning bolts, they tend to be very loud but when you have a temperature inversion, this causes them to be much louder," Panovich said.

The reason the lightning is even louder when there's a temperature inversion is because it acts as a boundary. When the thunder reaches the ground, it gets trapped between the inversion and the ground causing it to bounce back and forth in an echo.

"This is the equivalent of letting off a firecracker in a storm drain or in an enclosed room," Panovich said. "It makes the thunder much louder but it also makes it travel much further because the sound waves can bounce back and forth in what we call atmospheric ducting."

So basically, if you awoke in the night to the boom, you were hearing one positive lightning strike.

"It was rare because it was just one single lightning strike." 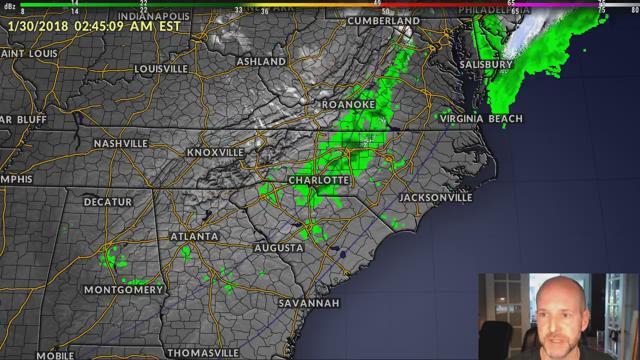