Drought having an effect on our Carolina trees

Droughts can have a lasting effect on trees and the most recent one is making it worse for some of them. 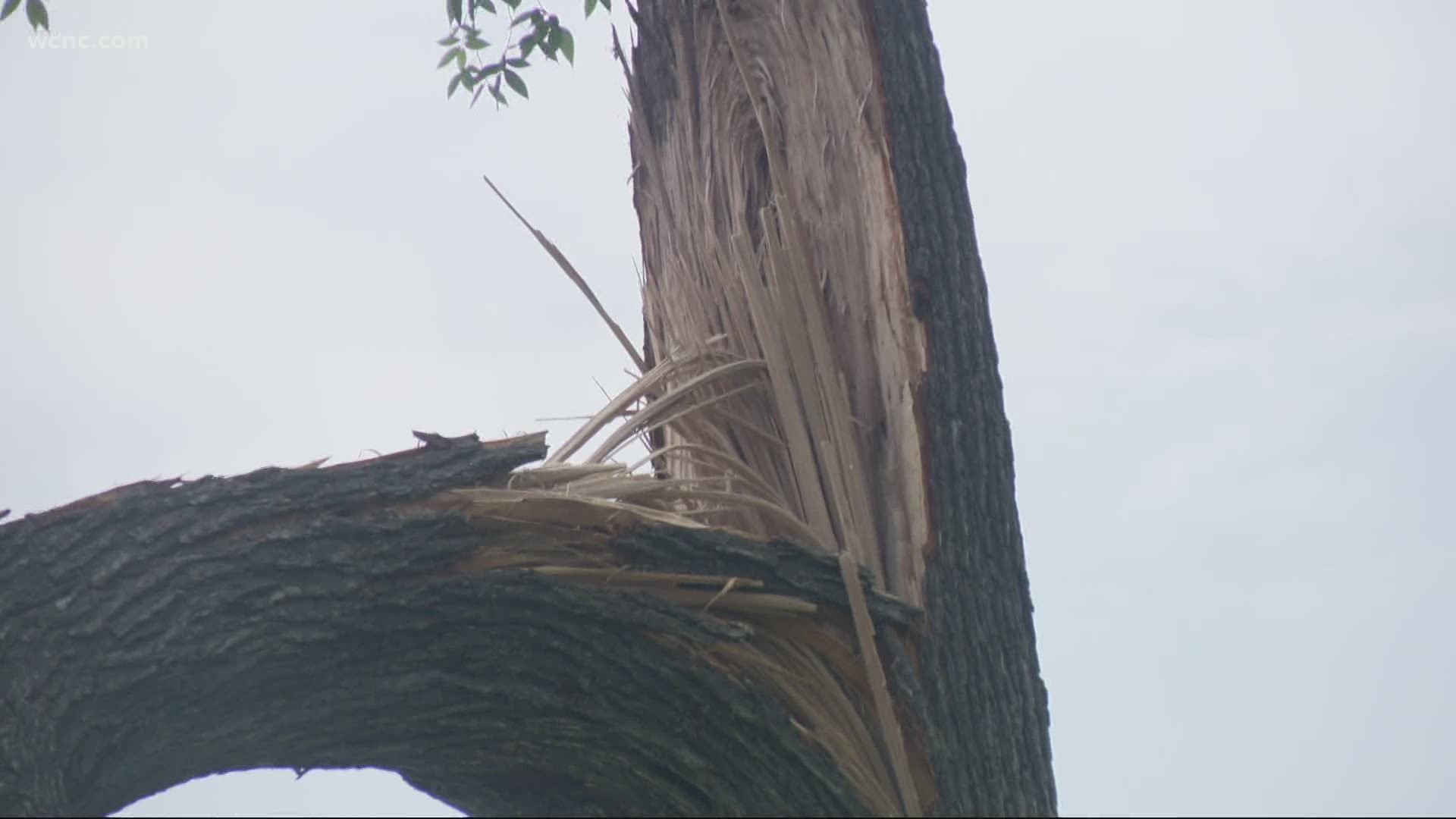 When you think of drought your mind may drift to pictures of brown lawns. But a drought like we are under now puts stress on all plants including trees.

Compounded drought can lead to:

So as the storm chances increase so will the chances of seeing more tree damage. This happens every year, but drought tends to make it worse and weakens the tree even more.

This Bradford pear tree (below) fell on a clear, still day in May. The reason this happened is due to drought -- but not just because of this year's drought.

The worst drought in recent years for the Carolinas was in 2016, but 2019 had a similar flash drought to what we are having last year. Regardless of their length, that is three droughts in five years.

“Drought is a compounded effect and each year adds a little more stress to the tree,” Maurice said.

The recent rain is helping for the short term but, some of the damage is already done.

When the weather gets hot and dry, the smaller roots near the surface die off. When the water content in soil declines, trees become stressed.

“Trees are still trying to recover from that root loss. So they may not be able to take advantage of all that rain,” tells John from Heartwood.

Trees do most of their growing in the wetter spring months.

So here is what you should look out for to see if your tree has been affected by drought.

If your trees have any of the signs we have mentioned above, make sure to contact an arborist, cause maybe healing can begin today and you can avoid something like this.

RELATED: Update: How much rain is needed to alleviate this Carolina drought

RELATED: Drought worsens for the Carolinas