Drought Improvements for the Carolinas

Numbers are down in every category for the US Drought Monitor in North Carolina and South Carolina. 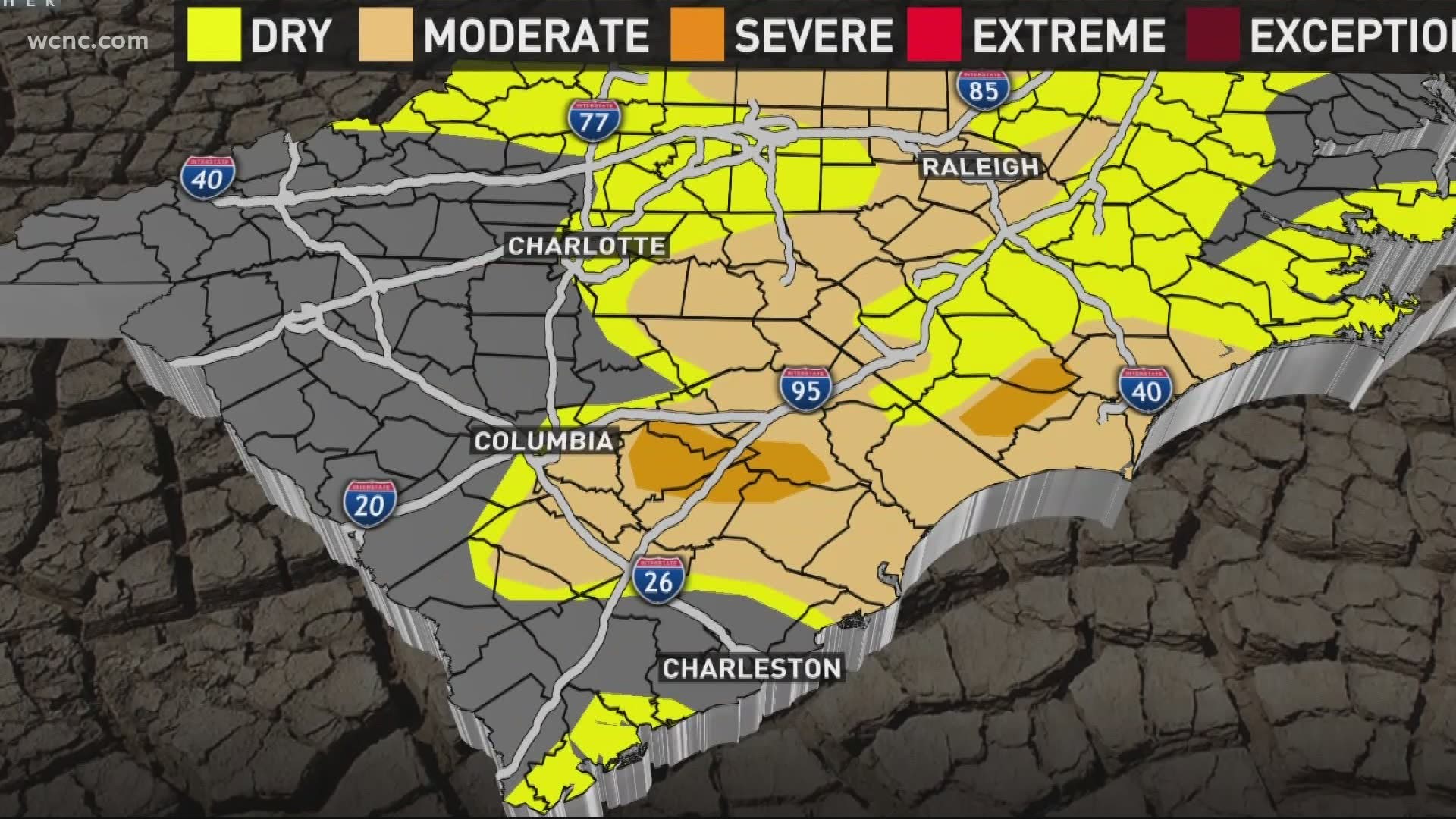 The recent rain has been an extraordinary help this week to alleviate this Carolina drought. Lets take a look at the numbers to see how far we have come.

Big improvements to the Drought Monitor:

For the last several weeks our drought monitor has really expanded but not this week. Only 58% of the map (North and South Carolina) is covered compared to 76% of the Carolinas last week. That’s some good improvement!

The drought monitor is broken down into 5 stages: D0-D4.

This year, the highest level in the Carolinas has been Severe Drought or D2. Any length of time at this level is troublesome. Here’s the good news.

Lastly D0 or Abnormally Dry is not technically classified as drought. This is the precursor to the potential. So think of this like a drought watch.

There are still over 4 million people that live in these drought-stricken areas across the Carolinas. So the battle is far from over, but this week, we have made a big jump in the right direction! 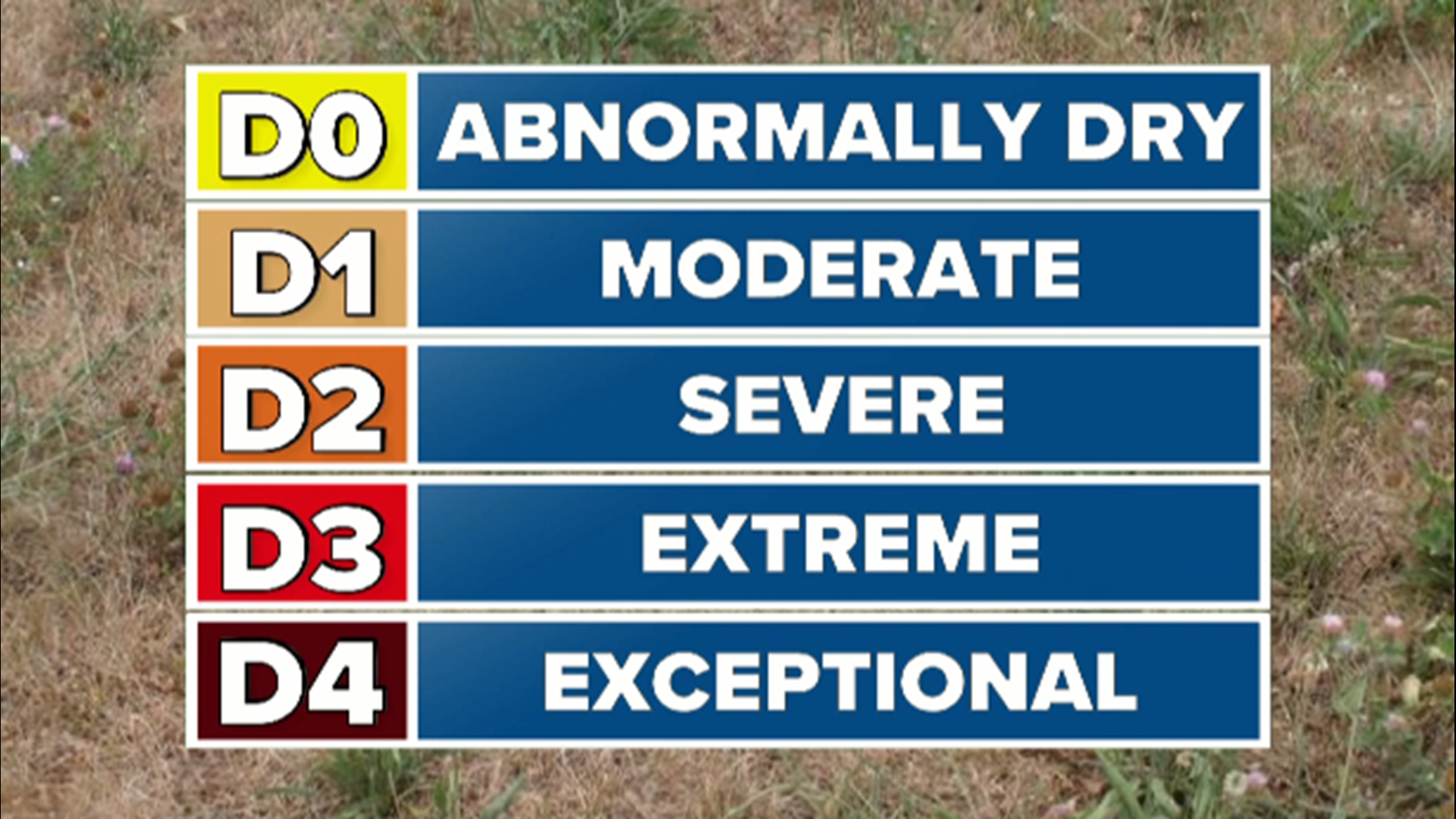 All of these numbers can be complicated but simply put, they are going down and we are trending in the right direction. As long as we continue to see our average weekly and monthly rainfall plus a little surplus, we will be just fine. Likely next week, our drought monitor will have lower percentages by the rain we have already see this week.

RELATED: Drought having an effect on our Carolina trees

RELATED: Update: How much rain is needed to alleviate this Carolina drought