Dangerous heat wave continues with another day in the 90s

Heat advisories are in effect along the Carolina coast while Charlotte will feel like 103 degrees on Friday. 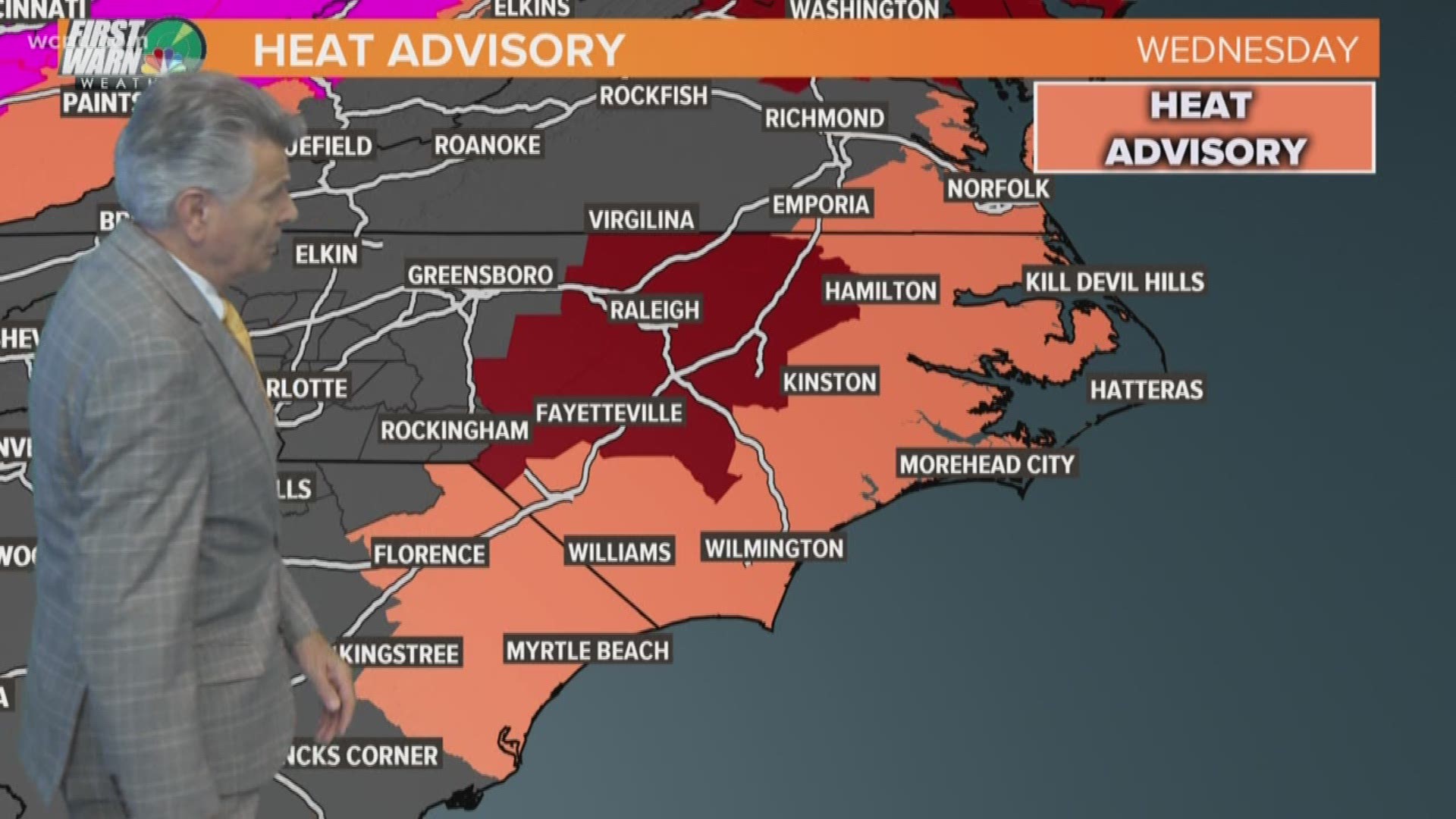 CHARLOTTE, N.C. — The intense heat wave that's scorching the Carolinas will remain in place through at least Monday before we start to see some relief, First Warn forecaster Larry Sprinkle says.

Sprinkle said Thursday's forecast will be much like the rest of the week has been, with hot and humid conditions across the entire WCNC viewing area. There is a chance for some afternoon and evening showers, though.

Heat advisories are in place along the coast and parts of eastern North Carolina, where the heat index could push toward 110 degrees Thursday and Friday, Sprinkle said.

Sprinkle said Charlotte will be in the 90s by lunchtime Thursday before we get to the forecast high of 93 degrees. Chief meteorologist Brad Panovich said highs in the 90s aren't unusual, especially this time of year, but when we see temperatures above 96, that's when things are above average.

Never miss your forecast: Sign up for the daily Wake Up Charlotte newsletter

We'll cool down (relatively speaking) next Tuesday, when the forecast high is back in the upper 80s. By next Tuesday, there's a chance the high dips as low as 83 degrees, Sprinkle said.