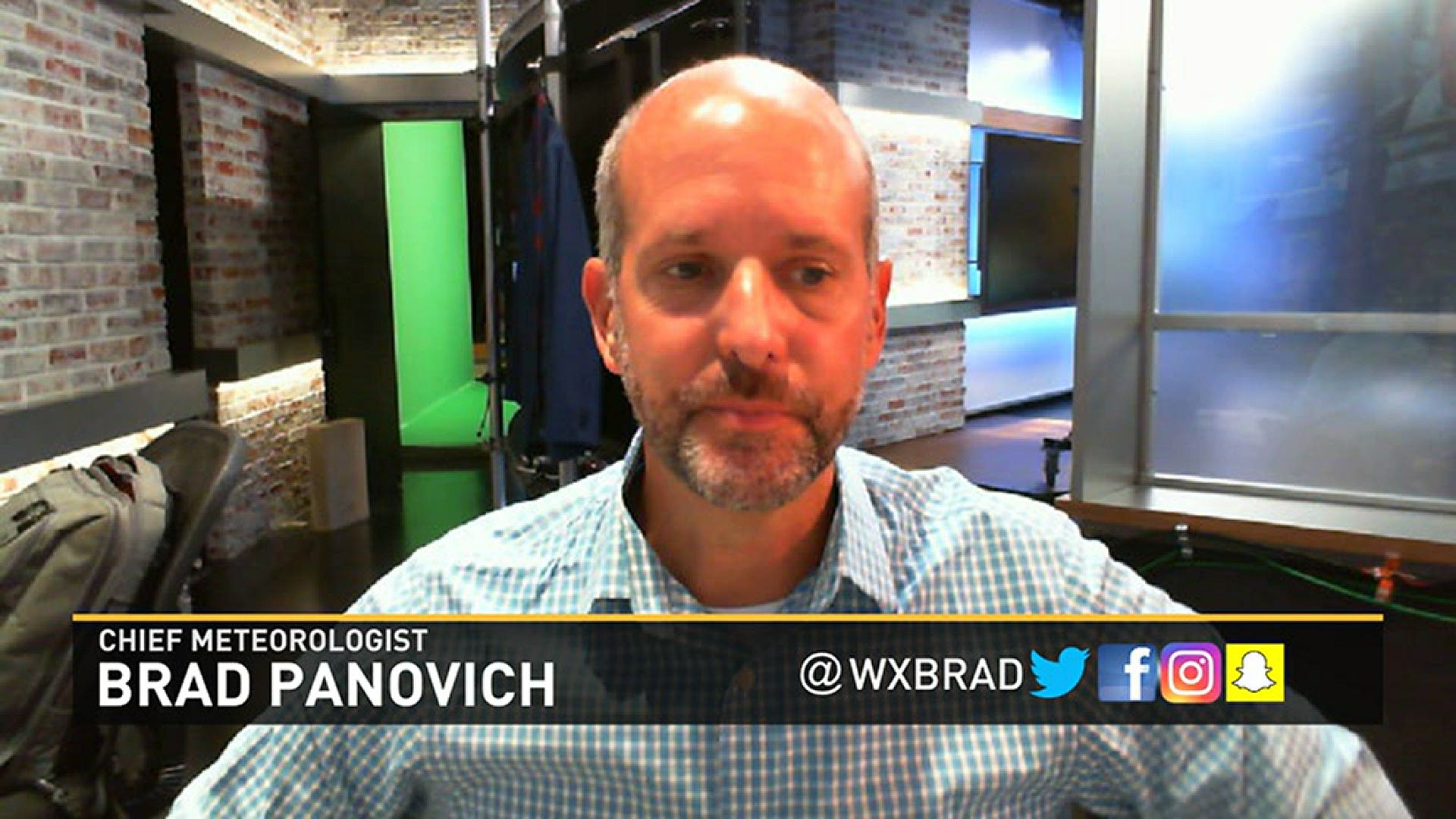 CHARLOTTE, N.C. — Tonight will be very muggy and partly cloudy with scattered heavy downpours. Some of the downpours could produce locally heavy rain with flash flooding. The atmosphere is just completely saturated with moisture. So while it feels very muggy this also leads to very efficient rain in any storm or shower.

Thursday more of the same with scattered storms and some very heavy. Due to the increasing cloud and rain chance, this should keep temperatures in the upper 80s. Though it will feel much warmer than that due to the very high dew points. The chance of rain are 60%.

Friday and Saturday we are stuck with the same pattern as muggy air and scattered tropical downpours stick around. The timing of the rain is still mainly afternoon and evening. High temperatures will be in the upper 80s to near 90°.

Tropical Depression Eleven is just below tropical storm strength, with winds 35 mph.  It's moving west at fourteen mph with a turn to the west-northwest this evening.  The system will probably become a tropical storm later today and will be named Josephine.