Gov. Cooper declared state of emergency ahead of winter storm

"This storm comes at a time of year when North Carolinians are hearing Christmas carols about snow and not actually seeing it," Cooper said. "But this time, the real thing is headed our way." 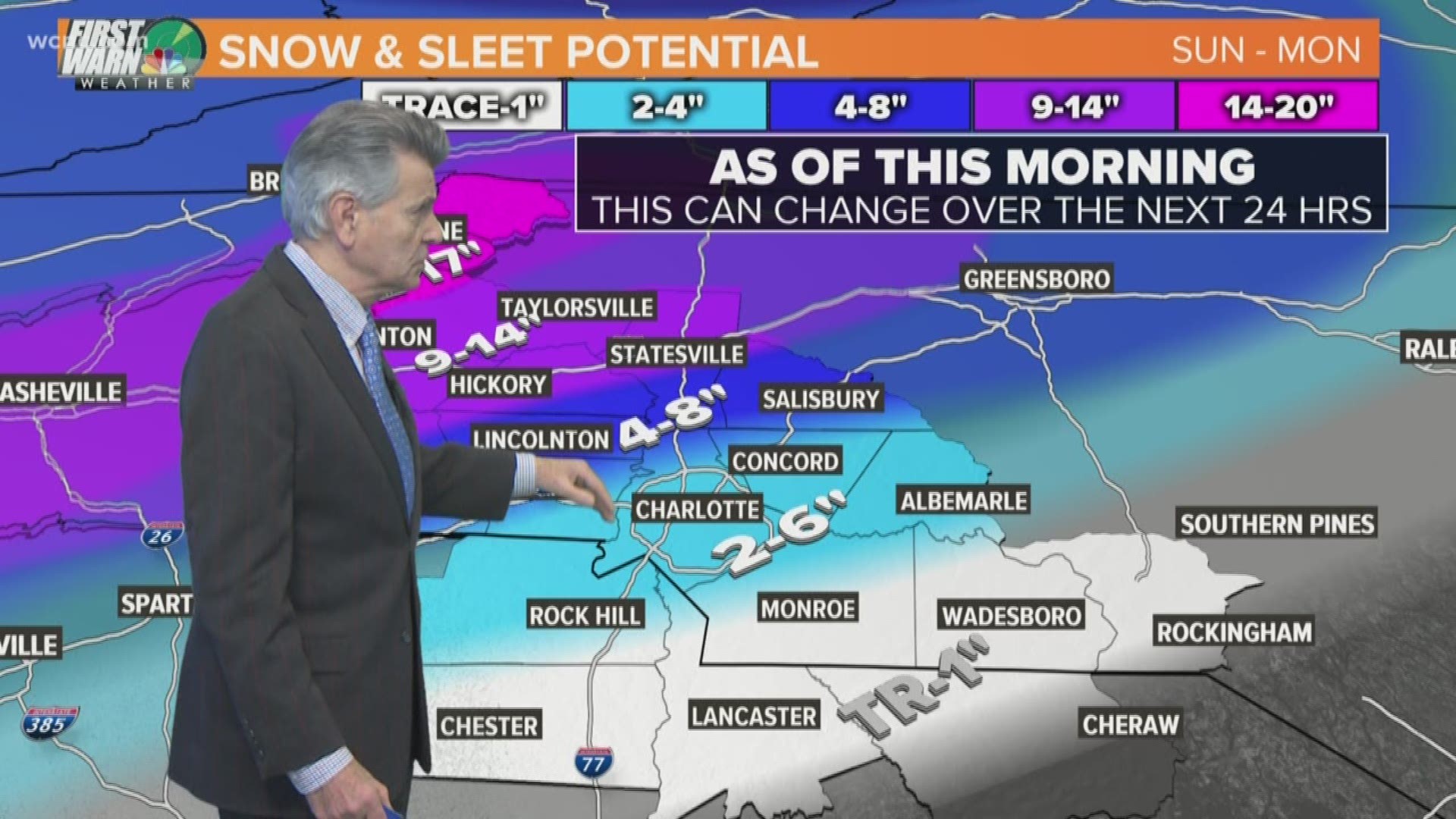 CHARLOTTE, N.C. — Gov. Roy Cooper issued a state of emergency for North Carolina on Friday ahead of a winter storm that's expected to bring heavy snow, sleet, freezing rain and ice to the state this weekend.

During a briefing to the press, Cooper urged that everyone keep a close eye on the forecast because the storm will have various impacts. From nearly two feet of snow in the mountains of western North Carolina to sleet and ice south and east of Charlotte, the winter storm will be felt long after it moves out Tuesday.

"A winter storm is on the way and North Carolina is getting ready for it," Cooper said. "I've seen some predictions up to 18 inches. That's a lot of snow, even for places that are used to getting snow."

RELATED: 6 inches of snow & sleet possible in Charlotte this weekend

"This storm comes at a time of year when North Carolinians are hearing Christmas carols about snow and not actually seeing it," Cooper said. "But this time, the real thing is headed our way.

"The winter storm is not a Christmas carol snow, it's serious."

“This is a snow storm, not a snow fall. It’s serious,” Gov. Cooper said. “In the Piedmont to western parts of our state, we’re preparing for days of impact, not hours.”

Utility companies are projecting that widespread power outages could affect over half a million homes and businesses. In some areas, power could be out for multiple days.

Cooper said he has activated the National Guard to help as needed in addition to declaring a state of emergency. He advised against any unnecessary travel on slick roads over the weekend.

"The more cars we have on the road, the tougher it will be for our DOT crews to treat and clear those roadways," Cooper said. "If you absolutely must travel, clear your car of snow and ice before you drive, slow down and leave room between you and other vehicles"

NCDOT crews in Iredell County said they are working 12-hour shifts before going around the clock at 6 p.m. Saturday. Crews are treating Iredell County roads and highways with 4,500 tons of salt and 1,200 tons of a sand-salt mixture. Cooper said it's best for people in areas impacted by the wintry weather to just stay home.

“This weekend isn’t the time to head out to see the winter wonderland. Stay safe where you are,” Gov. Cooper said. “Getting out on dangerous roads could put your life at risk. It also gets in the way of first responders and road crews who’ll be hard at work trying to keep us safe and clear our roads.”

NCDOT is monitoring forecasts so staff can start preparing for road clearing operations.

"My advice is to keep your family safe through the storm, make sure that you gather your emergency supplies, follow forecasts closely and be prepared to stay put for a few days when the storm rolls in and roads become slick," Gov. Cooper said. 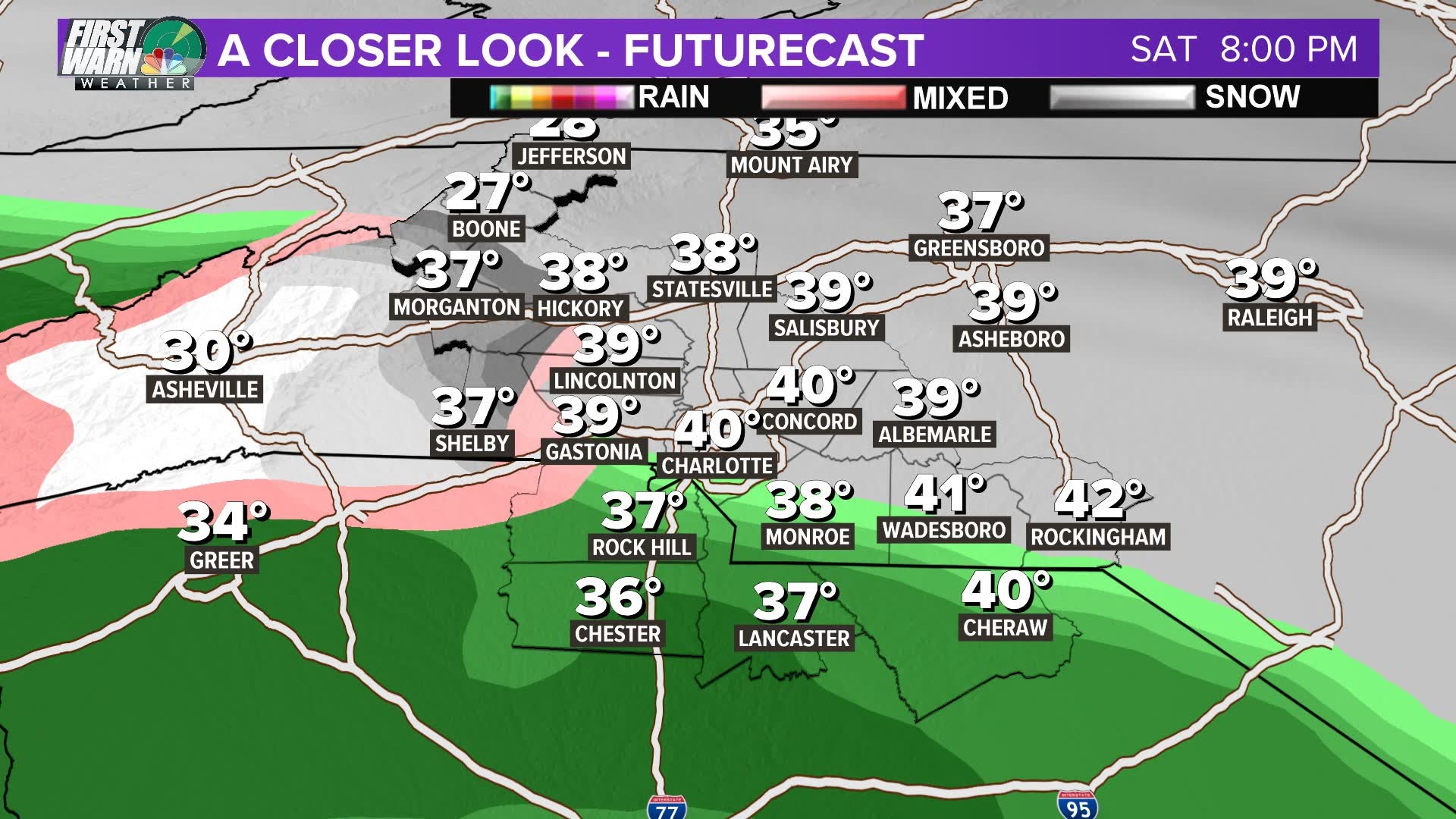 Please stick with WCNC.com for the latest on the winter storm. Download the WCNC app for the latest forecast, track and impacts we can expect in Charlotte.