'It's going to feel amazing around here': The first cold front of fall moves into the Carolinas

Wednesday was the last day of wet weather in the Charlotte region before a dry and pleasant start to fall with temperatures in the 70s. 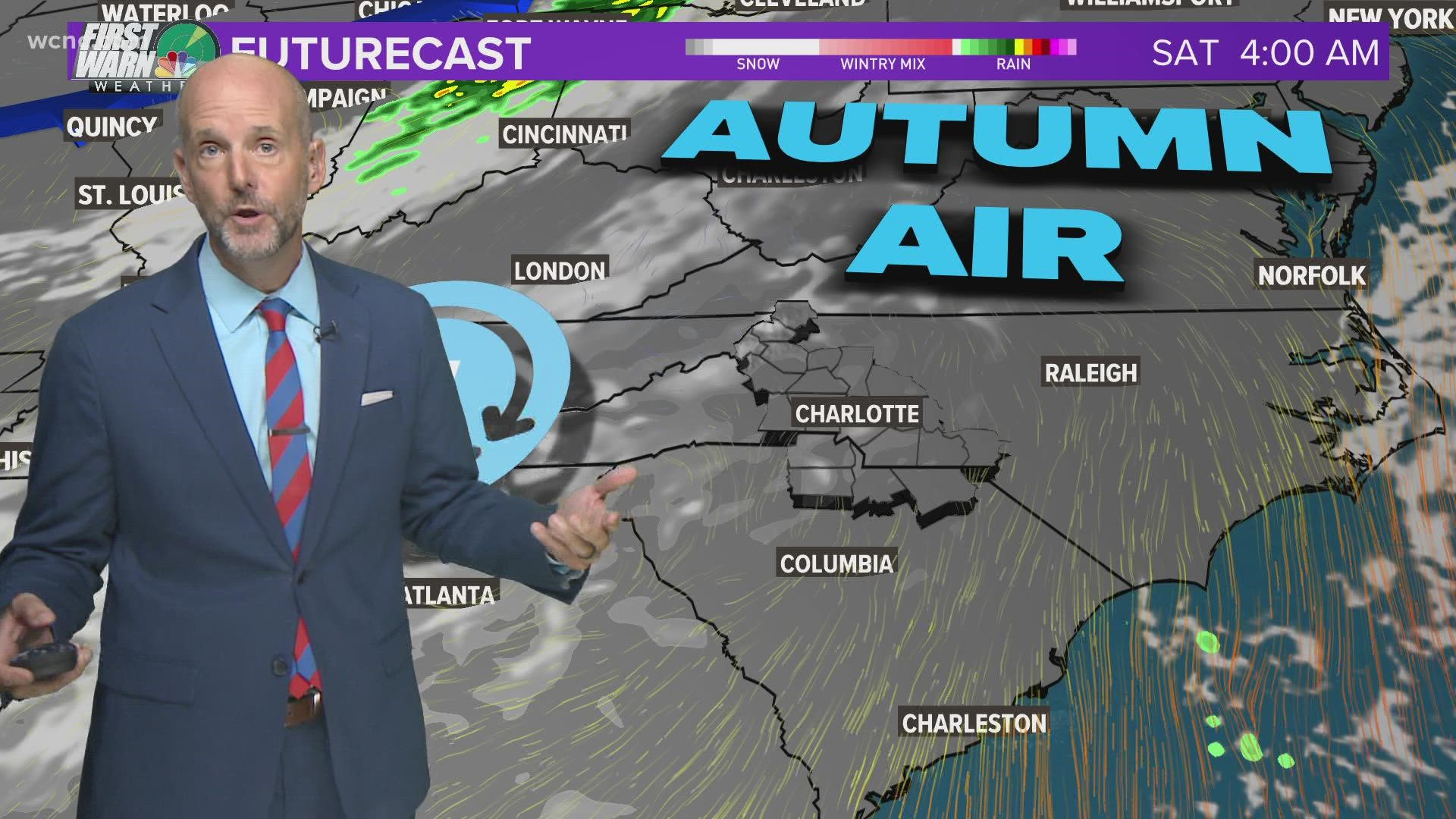 CHARLOTTE, N.C. — Wednesday was the first day of fall and Mother Nature brought another round of rain to the Carolinas with the threat of severe weather and storms.

First Warn Chief Meteorologist Brad Panovich said the first cold front of fall is moved in with a threat of thunderstorms. The threat for severe weather was low and it's not widespread across the Charlotte region.

By 3 p.m., the first band had moved into the mountains. It was east of the mountains, however, Panovich was concerned about.

"Areas east of I-77 we'll be watching. We're talking Concord to Salisbury, Albemarle and north along I-85," Panovich said.

The storms moved east-west through the Charlotte metro, and by dinner time most everyone was clear. Now, the cooler temps are in the cards.

"It's going to feel amazing around here," Panovich said explaining the cooler temperatures on the backside of the cold front.

The heaviest rain was east of Charlotte, with some lingering storms in parts of Albemarle, Ansonville, and Wadesboro, along Highway 52 later on. 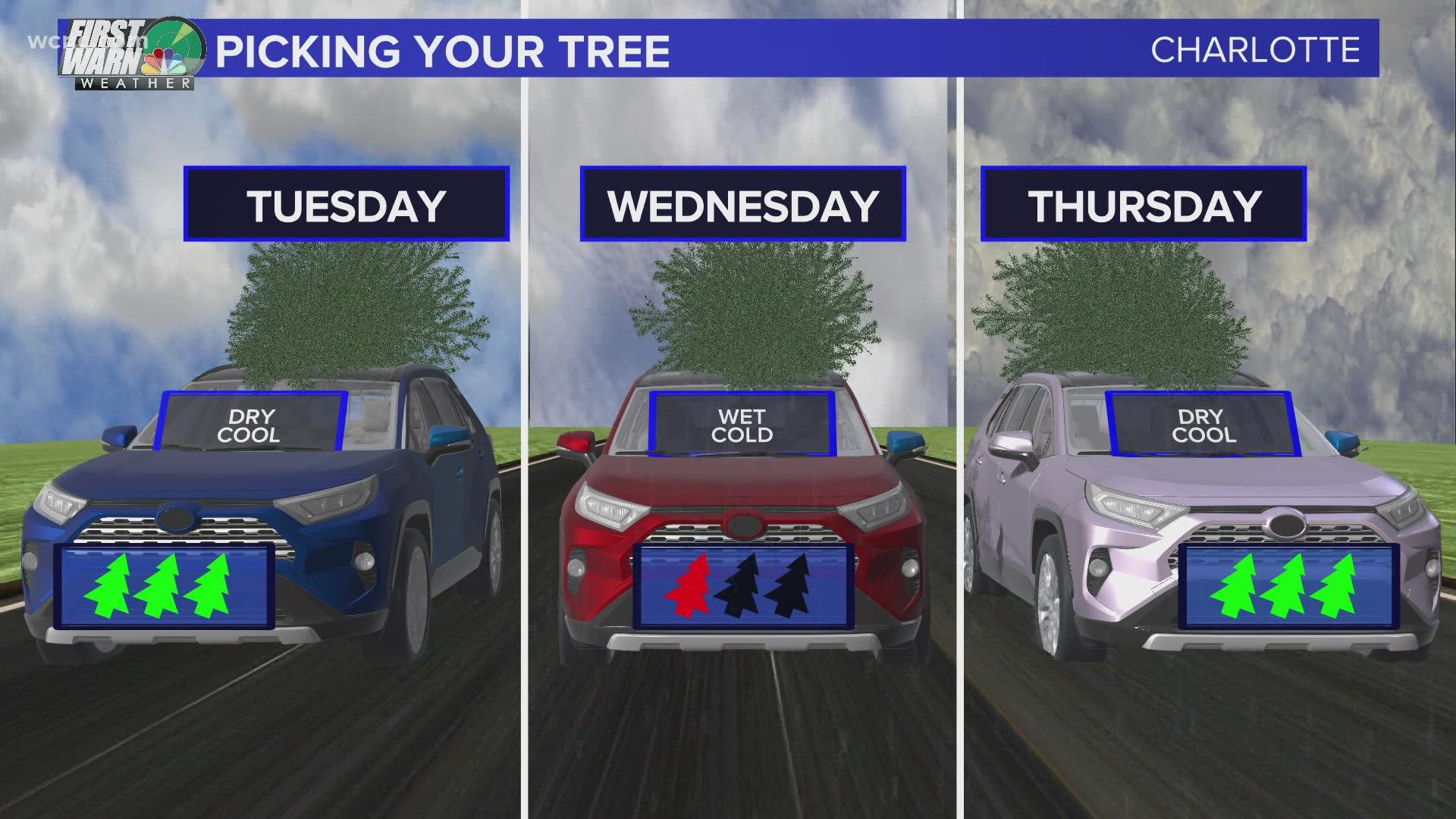 Another big warm-up coming for Charlotte ahead of the weekend