The 100-acre island broke away from Blackbeard Island, which is near Sapelo, about 60 miles south of Savannah. 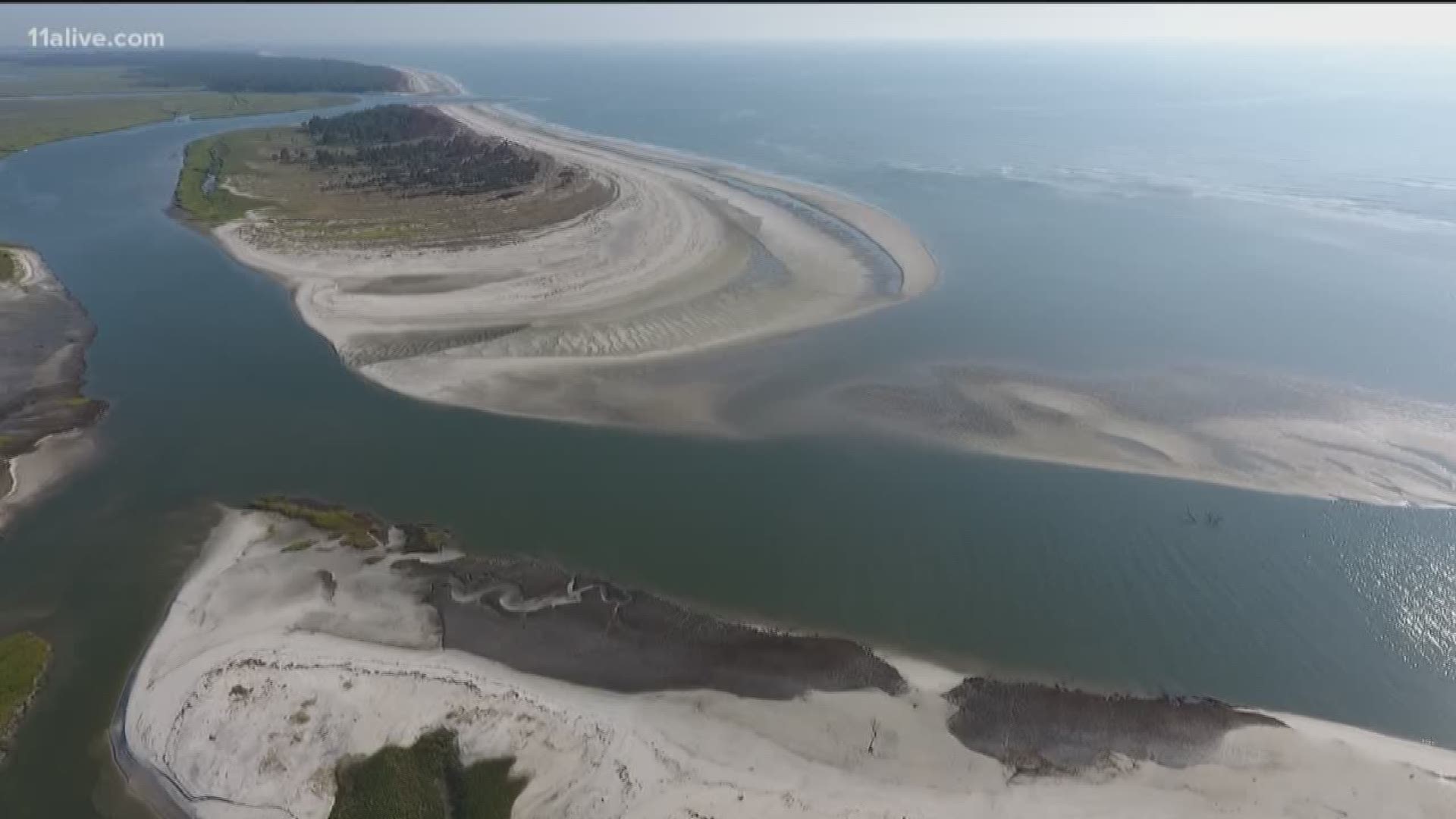 ATLANTA — Georgia has a new barrier island that was recently formed, courtesy of Hurricane Irma.

The island was discovered in September, after the storm hit Georgia's coast.

The 100-acre island broke away from Blackbeard Island, which is near Sapelo, about 60 miles south of Savannah.

Geologists said the piece of land had been slowly separating from Blackbeard Island for decades. Google Earth images showed how the island was barely connected before the hurricane.

But Irma's winds and subsequent erosion gave it the final push it needed to finally separate. Drone video showed the island after.

The Georgia Department of Natural Resources' Fred Hay told 11Alive Georgia's costal islands are constantly changing from the natural directions of the currents, but geologists said they couldn't remember the last time when a completely new island actually formed off the coast.