Gov. Cooper urges residents to be on 'high alert' as Isaias moves along Carolina coast

The current forecast is expected to bring Isaias into the North Carolina coastal plain as a tropical storm on Monday night into Tuesday morning. 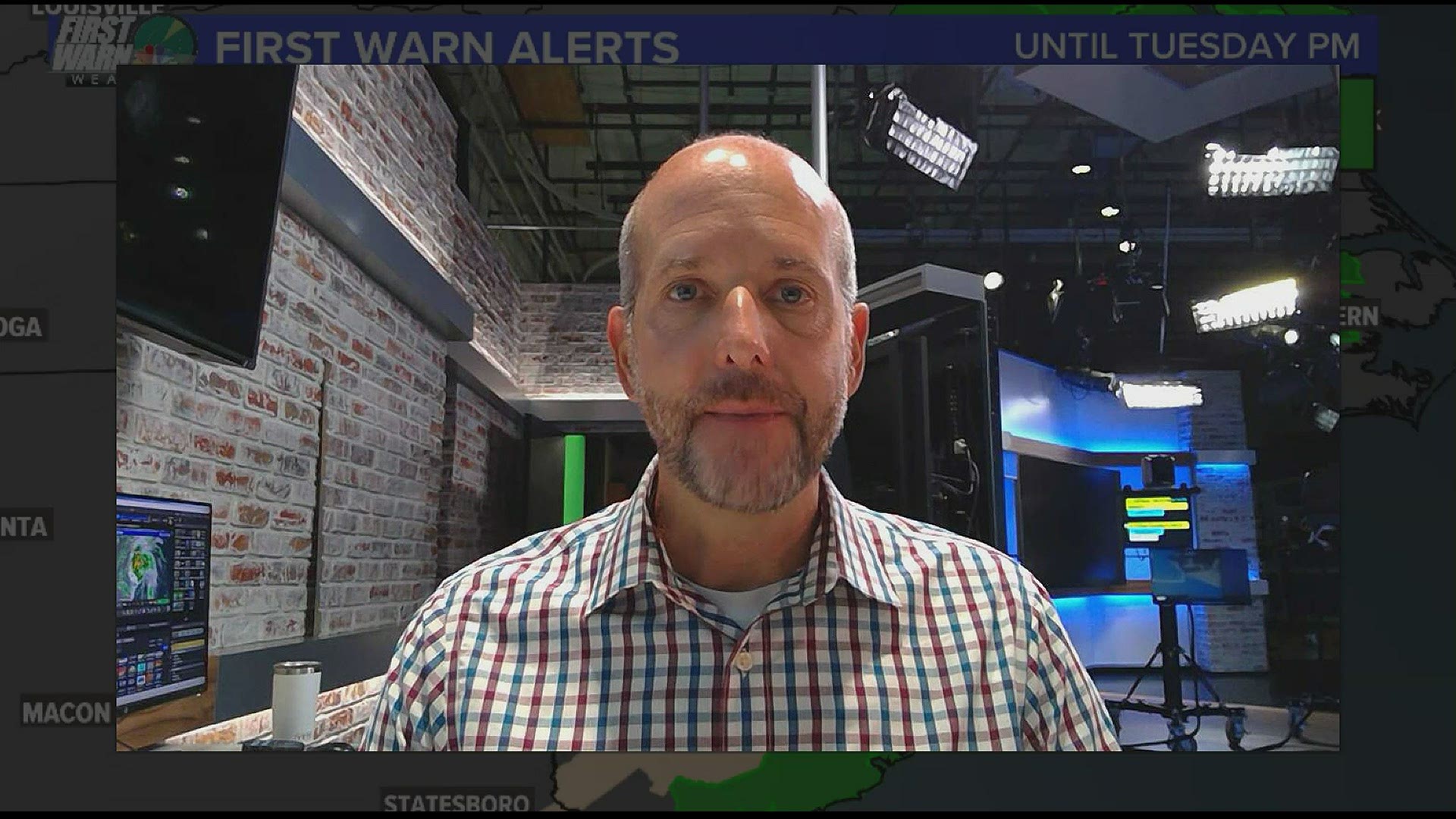 Gov. Cooper said the state needs to be prepared as the storm moves along the Carolina coast.

"As this storm closes in, we expect it to increase in intensity. There’s a potential for dangerous hurricane-force winds as it makes its way towards landfall later tonight. That means we must be on high alert," Cooper said.

Cooper said this storm is expected to bring dangerous weather conditions to much of our state overnight.

The governor said if you are told to evacuate, the most important thing is to get out of the danger zone.

"First, plan to stay with friends or family. If that doesn’t work, a hotel is the next option if you can afford it," Cooper said. "Shelters will be available for those who need them. Visit your county government website or call 211 for instructions on sheltering options."

On Sunday, Cooper said despite being downgraded to a tropical storm, Isaias will still bring a threat of storm surge and heavy rain to the coast and some inland areas. As of 1 p.m. Monday, Isaias had sustained winds of 70 mph with gusts up to 85 mph. The storm is expected to strengthen to a Category 1 hurricane as it continues to creep north toward the Carolinas. Landfall could happen anywhere between Myrtle Beach and the Outer Banks of North Carolina.

Heavy downpours moved into the Charlotte area Monday afternoon between a stalled front and Isaias. First Warn Chief Meteorologist Brad Panovich said this pattern can be expected to hold until the winds shift to the northwest and west Tuesday.

The good old squeeze play between the Tropical storm and stalled front. Waves of heavy rain today and into today until the wind swings around to the northwest and west tomorrow. #Isaias #cltwx #ncwx #scwx pic.twitter.com/UOFSh0MHn1

Gov. Cooper called on North Carolinians in the storm's path to plan for evacuation if needed and pack emergency kits — but this time, he asked people to include masks and hand sanitizer.

"We can stay safe from the storm and COVID-19 if we are ready," Gov. Cooper said.

Gov. Cooper said while the forecast gives him hope that the rain and wind won't last as long as initially thought, he's been coordinating with utility companies expecting widespread outages.

Cooper also said he has activated up to 150 National Guard soldiers for storm preparations and response.

It’s essential to listen to local officials and follow evacuation orders when they are issued. During the pandemic, your home has been the safest place, but that may change as Isaias arrives. The most important thing is to get out of harm’s way if you are told to evacuate.

During the press conference, Governor Cooper stressed the differences between preparing for Tropical Storm Isaias compared to previous tropical storms and hurricanes due to the COVID-19 pandemic.

"During the pandemic, your home has been the safest place, but that may change as Isaias arrives," Gov. Cooper said. "The most important thing is to get out of harm's way if you are told to evacuate."

Cooper urged people to have plans to stay with family or friends outside of the danger zone, planning on hotels or motels as a next option if affordable and necessary.

Shelters will still be available for those who need them but will be screening people for COVID-19 symptoms. If an individual has symptoms, they'll be directed to a different sheltering option to more easily isolate or receive medical care.

Gov. Cooper, when asked, said that if someone is aware they have the novel coronavirus, they should be isolating and should make plans to continue doing so in a safe way.

North Carolina emergency managers have been planning how to respond to a storm with new challenges that come with the pandemic. Likewise, Cooper said North Carolinians have dealt with their fair share of storms, and many people in the state are familiar with how to prepare.

"Nothing about that has changed," Gov. Cooper said. "But this time, we're going to do it with a mask on. Helping your neighbors and loved ones is even more important as this storm approaches."

Our state has weathered more than our fair share of storms. We know how to plan, prepare & respond when it's over. Nothing about that has changed. But this time, we’re gonna do it with a mask on. Helping your neighbors & loved ones is even more important as this storm approaches.