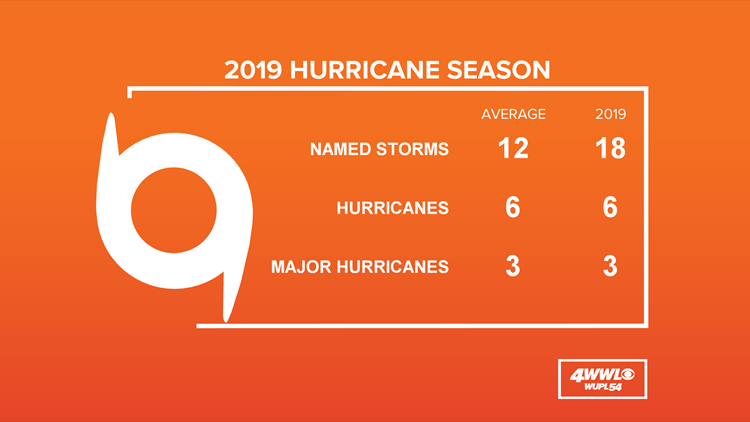 Hurricane Dorian was the strongest storm of the season which devastated the Bahamas.

The average numbers for an Atlantic season are 12 named storms, six hurricanes, and three major hurricanes.

The National Oceanic and Atmospheric Administration predicted 10 to 17 named storms. It said five to nine of them would become hurricanes and two to four of those would become major hurricanes with 111 mph winds or higher.

► Track the tropics, live updates from Your Local Weather Experts delivered directly to you throughout the hurricane season by downloading the FREE WWL-TV News app now in the IOS App Store or Google Play.

‎New Orleans News from WWL
‎Stay up-to-date with the latest news and weather in the New Orleans area on the all-new free WWL TV app. Our app features the latest breaking news that impacts you and your family, interactive weather and radar, and live video from our newscasts and local events. LOCAL & BREAKING NEWS * Receive r...