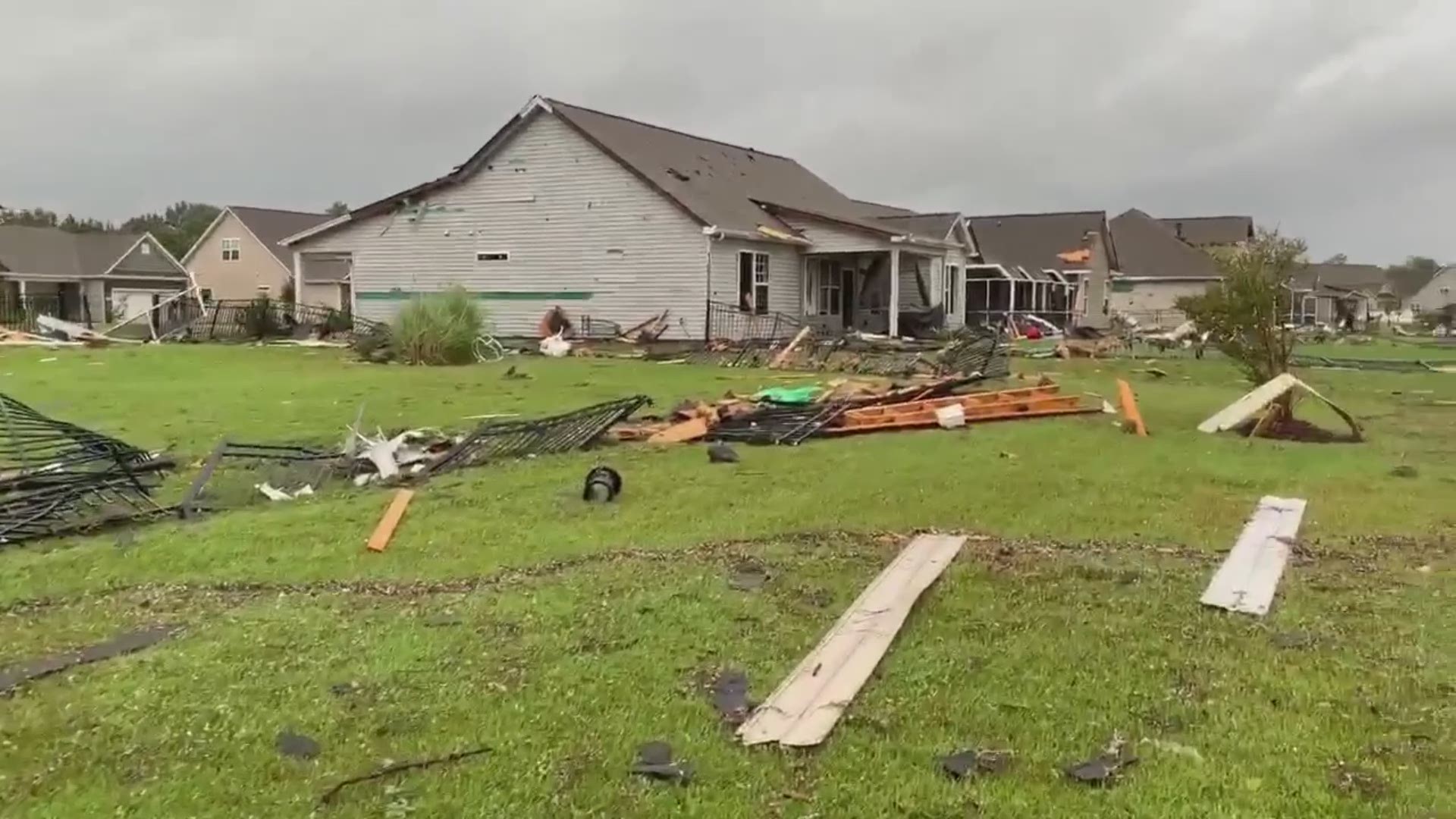 BRUNSWICK COUNTY, N.C. — Hurricane Dorian is slowly moving up the Carolina coast producing heavy rain, wind and tornado threats for the residents along the coast.

"This is a dangerous storm that is already spawning tornadoes in our state," Gov. Cooper said. "A tornado touchdown in Brunswick County this morning causing some damage."

The Brunswick County Sheriff's Office also said a tornado touchdown in their area early Thursday morning. The sheriff's office shared multiple photos of houses with roofs ripped apart and debris from fences and shingles scattered across the lawns.

The National Weather Center has to confirm if a tornado touchdown in the area but said there were tornado warnings issued for Brunswick County as early as 7:25 a.m. Thursday morning.

Deputies report no injuries from the incident.

Gov. Cooper said in the Thursday morning press conference that the lastest track is more dire for the state. He said up to 10 inches or more of rain is expected in coastal areas.

"In short, hundreds of thousands will lose power and that has already begun. Buildings and roads will be flooded," Cooper said.

Gov. Cooper said everyone, even those inland, needs to pay close attention to flood watches and warnings.

"Be ready to evacuate if asked to by local officials," Gov. Cooper said. "Remember it only takes a few inches of water to cause flash floods and to wash your vehicles away."