This is the ninth named storm of the 2020 Atlantic hurricane season. 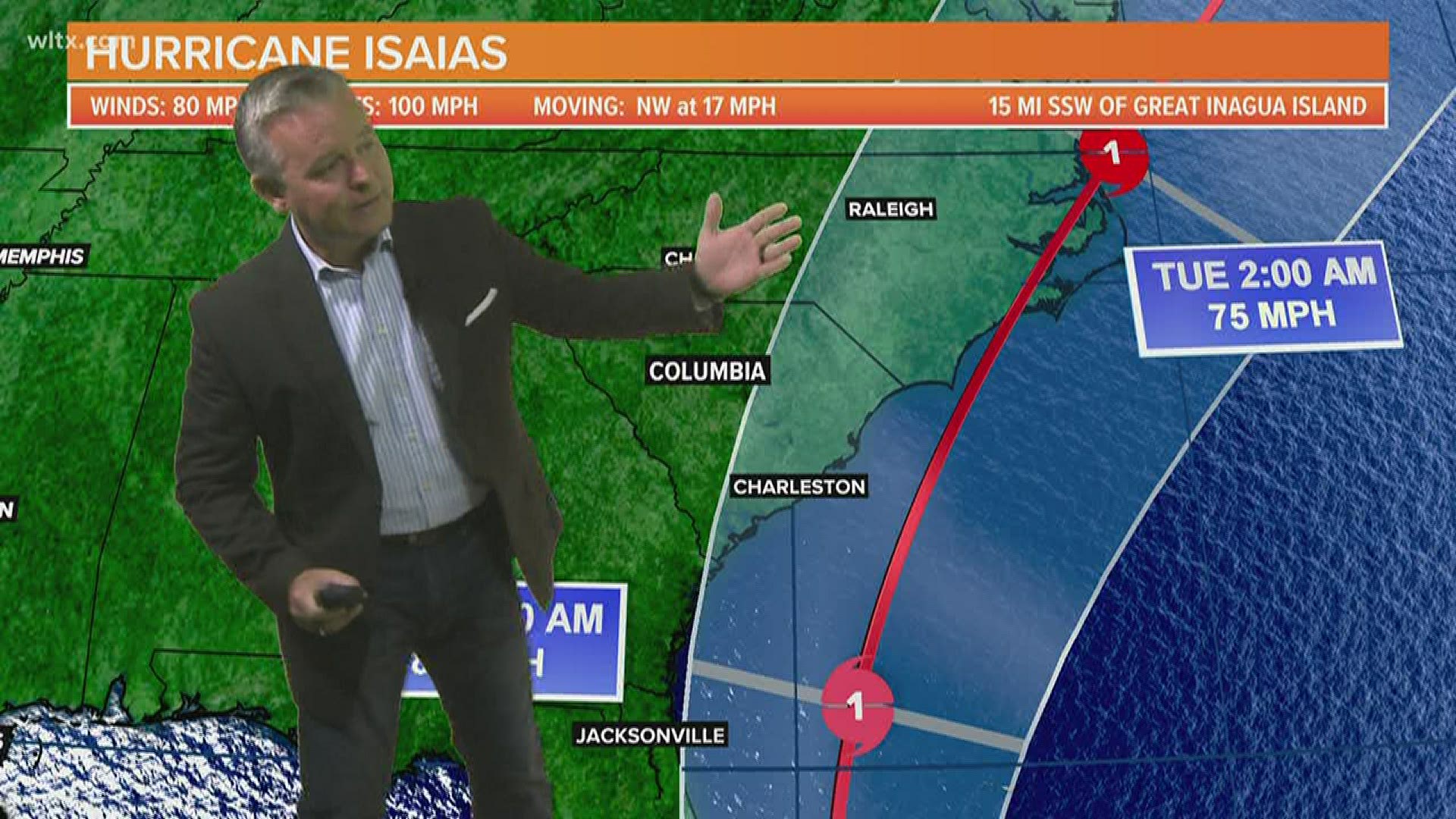 COLUMBIA, S.C. — Isaias is now a hurricane after new data early Friday morning showed the storm had made a significant jump in strength.  It becomes the second hurricane of this still young hurricane season.

Download the WLTX App Now for the latest updates

Latest conditions on the storm:

The National Hurricane Center issued a special advisory at midnight showing the storm become a hurricane.  This was a bit surprising, because an hour earlier, at the 11 PM advisory, the winds were estimated at 60 miles an hour. But hurricane hunter aircraft that had been sent into the storm found new evidence of intensification.

As of 5 AM Friday it has maximum winds of 80 miles an hour.

This makes it a Category 1 hurricane on the Saffir-Simpson scale which measures hurricane intensity.

The system was moving towards the northwest at 18 mph.

The storm continues to move quickly through the islands of the Caribbean.

Where it goes after that is a bit of a challenge. It's been tough to pinpoint the exact center of the storm, and that will make it harder to pin down it's track as we go three to five days out.

The graphic below shows the track from the National Hurricane Center. The models shifted more the east (or to the right, if you will) Thursday. Bottom line: the further east the track shifts, the better for South Carolina and other states; the further west, the worse.

Part of South Carolina is in the cone, you'll see, but at this point, it's not time to get alarmed simply because of that fact.

The track shows it skirting the southeastern U.S coastline, getting close to Florida. Then it would make a curve back to the east, moving offshore along the northern coast of Florida, South Carolina, and finally North Carolina, where it could brush up against the Outer Banks.

However, do not base any travel decisions or safety decisions on this latest model run. The models can and will change over the next several days.

If we look at the so-called "spaghetti models," where each line represents a different computer model, you can see the models are coming into better agreement on the path.

While some differ, increasingly, they're in general agreement with the consensus model, although some bring the storm closer to land, while others take it further out to sea.

Will that play out? We'll soon see.

Current Analysis: What about South Carolina?

Right now, it's still just too early to tell. We'll continue to monitor this one closely.

RELATED: The next few weeks will be more active in the Tropics

As for the rest of the Atlantic, there is one area the National Hurricane Center is watching off the coast of Africa.

The NHC gives this area a 20% chance of further development over the next two to five days.