'It's Almost Like a Ghost Town' | Myrtle Beach Businesses Board Up, Beachgoers Leave as Dorian Tracks Towards the Coast

Demond Grace says his candy store has seen little business since people have taken off ahead of Hurricane Dorian. 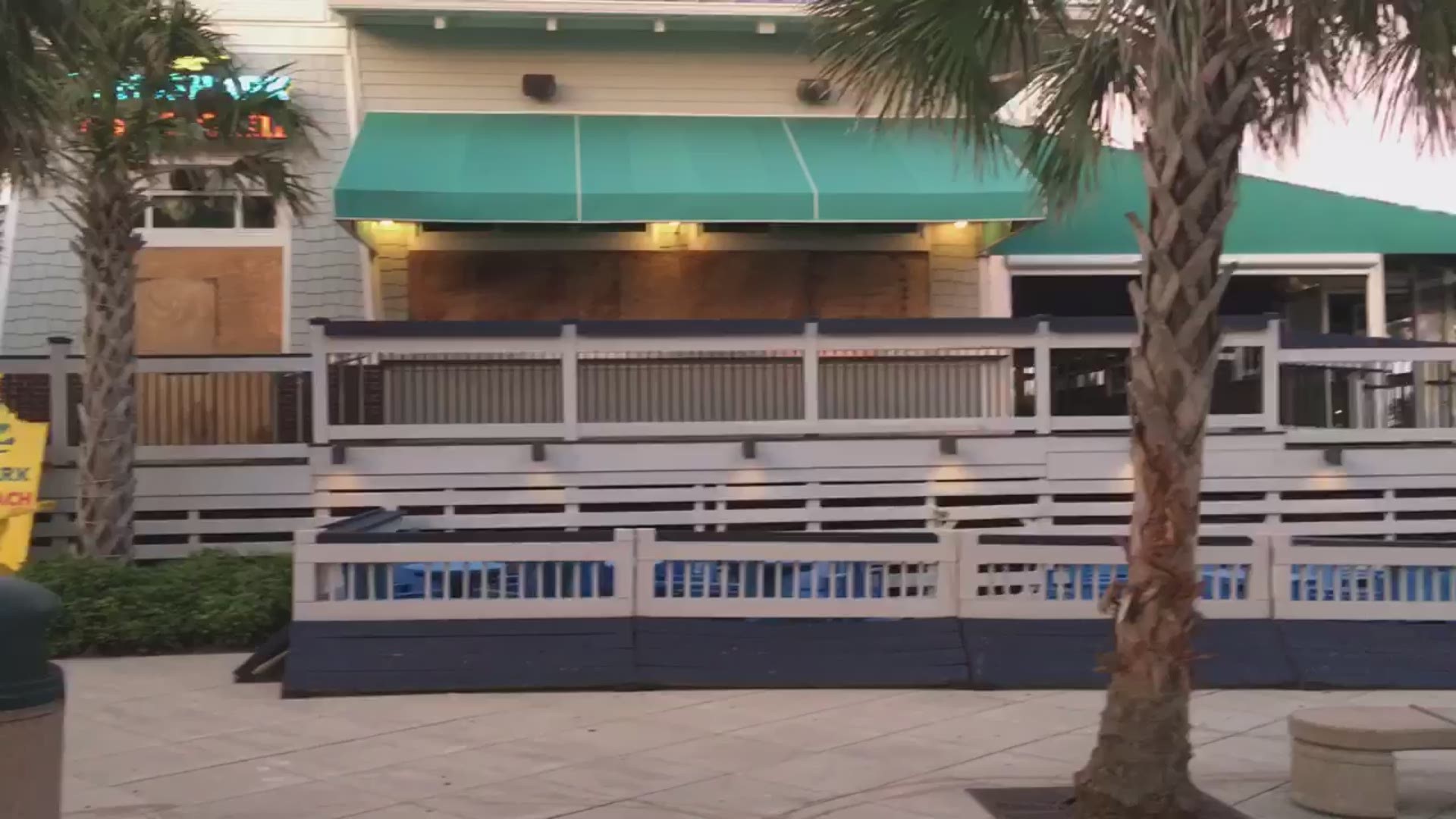 MYRTLE BEACH, S.C. — Sandbags outnumbered people on the streets of Ocean Boulevard Tuesday night in Myrtle Beach as Hurricane Dorian makes its way towards the coast.

Some businesses were boarded up with no one in sight, others were just putting the finishing touches on preparations.

"I think we kinda waited a little bit later and ended up being out here right before the storm hit," said Demond Grace, the general manager at a Myrtle Beach candy store. 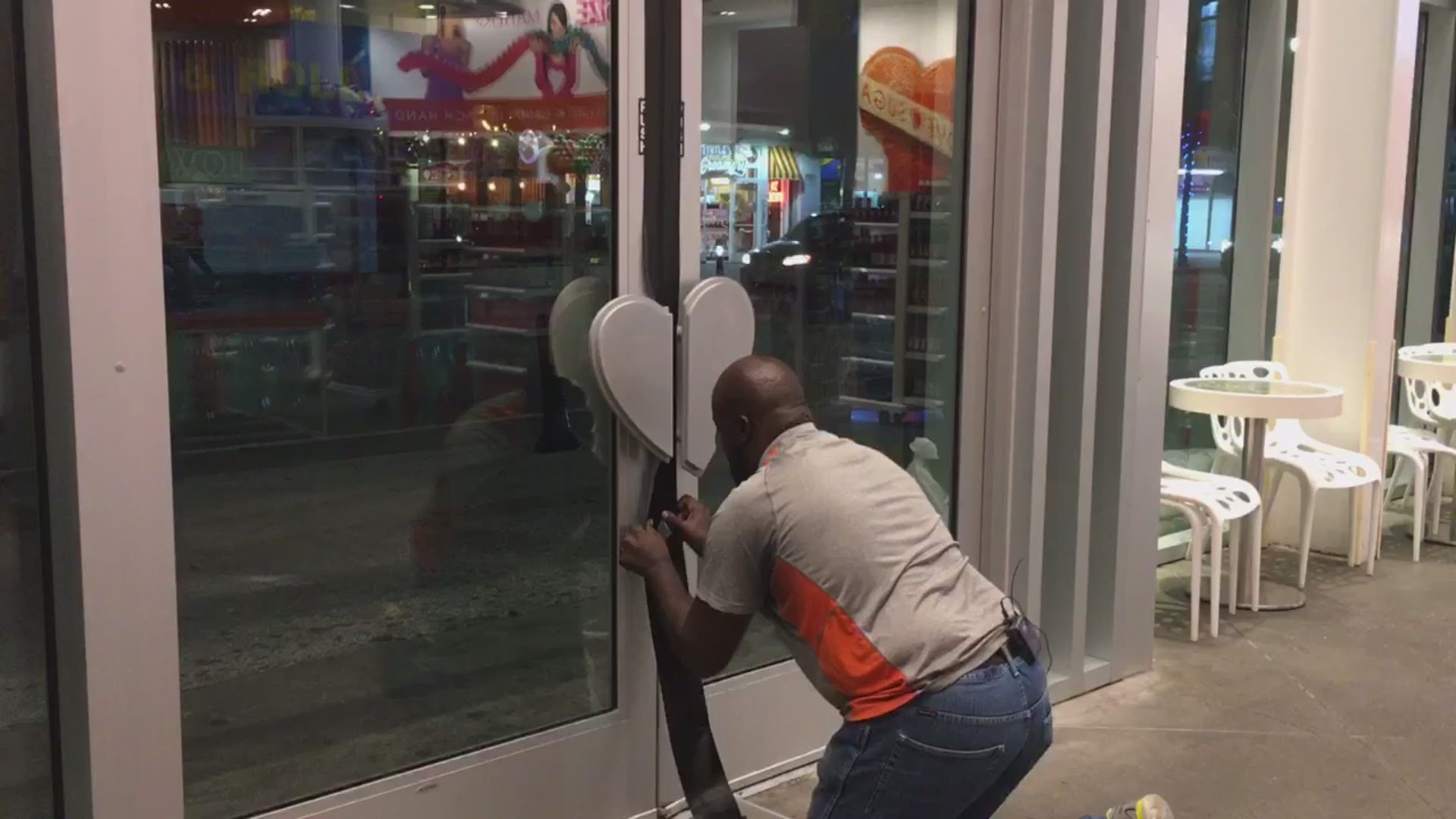 He was here through Hurricane Florence last September. He closed his business Tuesday night with sandbags on the pavement and tape on the door.

"You can never really be prepared for these types of events. But my thing is, it's better to be safe than sorry," said Grace.

His store will remain closed Wednesday and Thursday this week. The earliest he could reopen is Friday.

Grace said his main concern is his employees.

"We can replace stuff, but people we can not replace. So I just want to make sure everyone’s safe," said Grace.

He said the city has taken action to try and clear storm drains before Hurricane Dorian reaches the Carolinas.

RELATED: How to help those in the Bahamas impacted by Hurricane Dorian

RELATED: 'Now is the Time to Prepare.' North Carolina Under a State Of Emergency Ahead of Hurricane Dorian: Gov. Cooper