"Do not be like that team that was in the Super Bowl and thought the game was over, and went home and did not win." 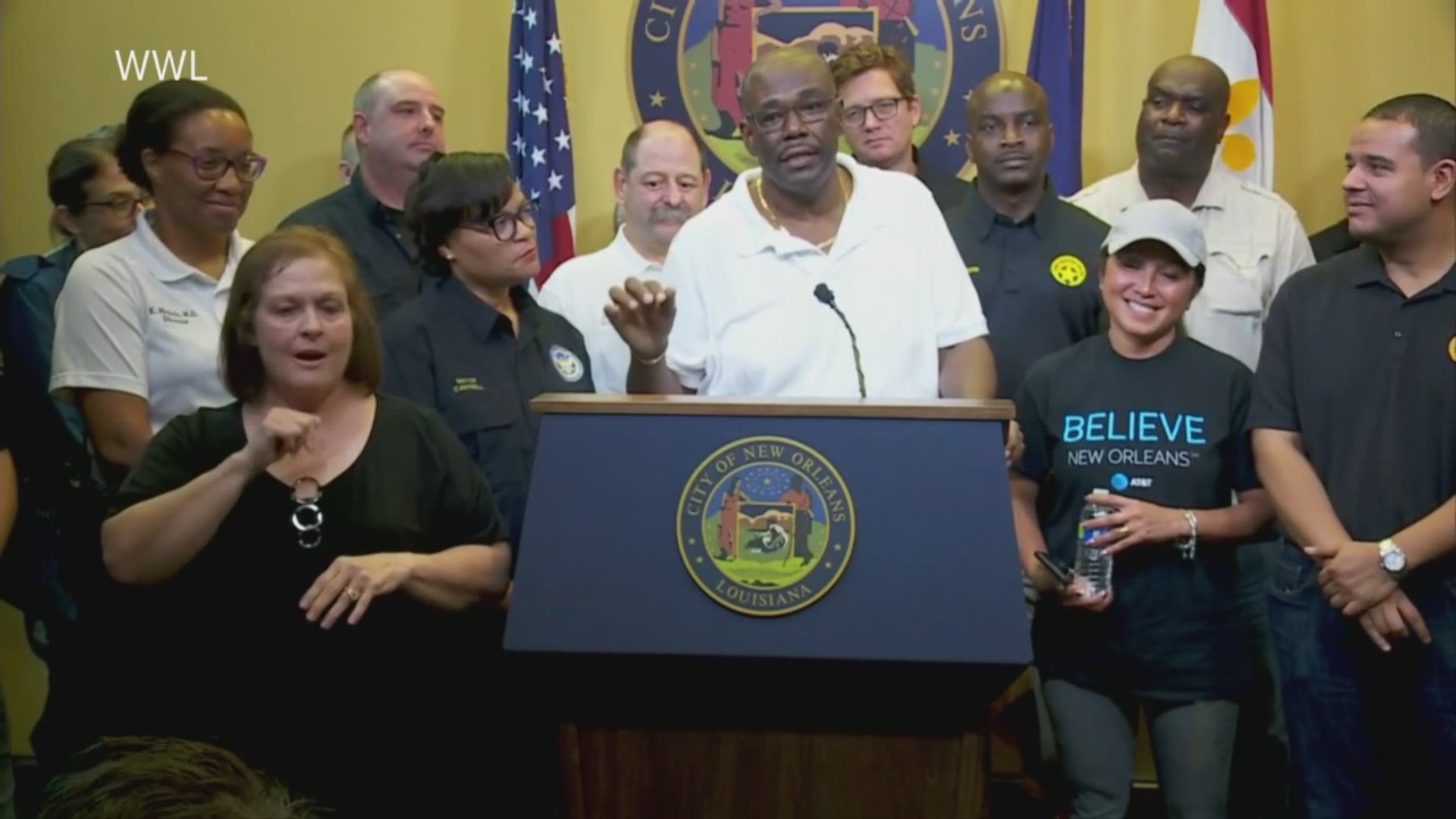 While Tropical Storm Barry was pushing through Louisiana after making landfall Saturday afternoon, the City of New Orleans held a press conference to remind residents that the storm still poses a risk and to ask them to not let their guard down. During it, City Councilman Jay Banks used a metaphor that any New Orleans Saints fan would appreciate, reviving a joke that refuses to die.

"New Orleans, don't choke. Do not be like that team that was in the Super Bowl and thought the game was over, and went home and did not win," he warned, referring to that now-infamous Super Bowl match-up between the Atlanta Falcons and the New England Patriots.

In case you needed a reminder (you probably didn't), the Falcons lost the game 34-28 in overtime after the Atlanta team blew their 28-3 lead in the last quarter of the game.

"We have to remain focused on this thing until it is done, and it is not done, yet," Baker warned. "Please remain very, very aware of the weather."

Tropical Storm Barry crept through the Gulf before finally making landfall as a weak Category 1 hurricane around 1 p.m. It quickly fell back to a tropical storm, but continued to pose a threat to the southeastern part of the state with the potential to drop several inches of rain and trigger flooding, even in New Orleans.

RELATED: Photo of sandbags surrounding S&WB office riles citizens after city doesn't give them out

"Please do not assume that it is done, because it's not," Banks added.

"We're going to get through this just fine. Who dat," he concluded.

Gap in Plaquemines back levee plugged