A King Tide is already bringing some flooding to coastal areas and the hurricane can only make that worse. 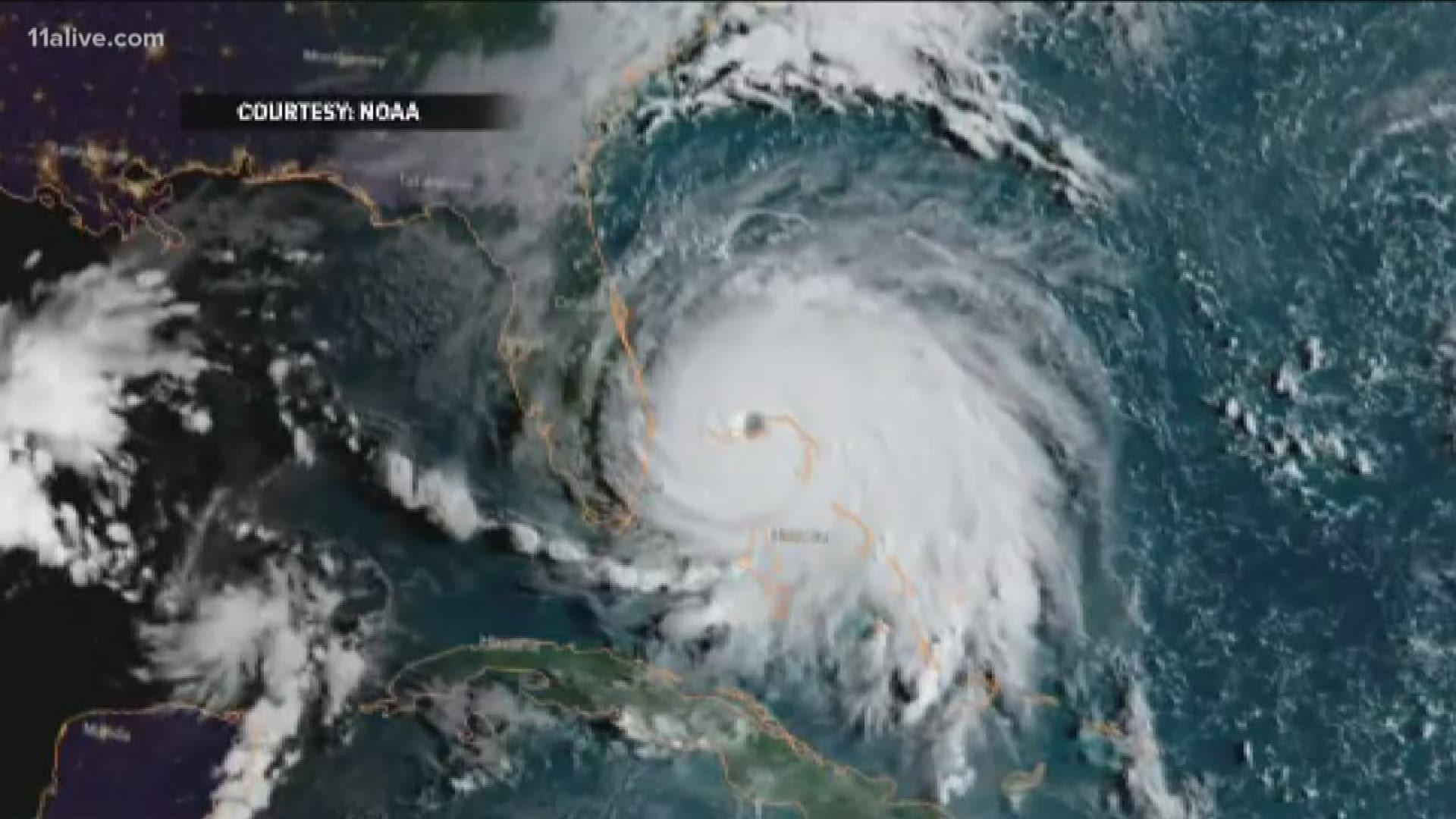 BRUNSWICK, Ga. — Evacuations get into high gear along the Georgia coastal areas on Monday afternoon.

Mandatory evacuations began at noon on Monday for everyone east of Interstate-95, and officials said that all lanes of Interstate-16 will be turned into a one-way highway away from the coast beginning Tuesday morning.

By Wednesday morning, the major bridge into Brunswick, the Sidney Lanier Bridge, which carries US-17, will be closed also.

Flooding and storm surge is always a big concern when a hurricane rolls into town, but people on St. Simons Island are already dealing with some flooding because right now is a King Tide.

A King Tide occurs when there is a new moon, which makes the high tide run even higher.

So, they say the water is already coming over the rocks that separate the homes from the beach.

Couple that with a potential hurricane, and that makes a recipe for disaster.

"I've already started moving stuff up from downstairs to the middle floor, and that way, we're 15 feet above where the water might come, because the last one with Irma, we had three feet of water in our house downstairs," said one resident.

A photo of that resident's house shows water inundating their home. They said that neighbors took the picture about four hours after Hurricane Irma had already passed through -- so the water had already receded -- but that's what flooding at high tide can do.

So that's their prayer -- if it hits, at least let it hit at low tide.

Please stay aware of any forecast changes as there are still many questions that remain about where Dorian goes after impacting Florida.

Dorian likely to impact Georgia, just a matter of how bad

Here's what it looks like inside the eye of Hurricane Dorian