Strong-to-severe thunderstorms, and an isolated tornado, are possible Thursday during Halloween in Charlotte. 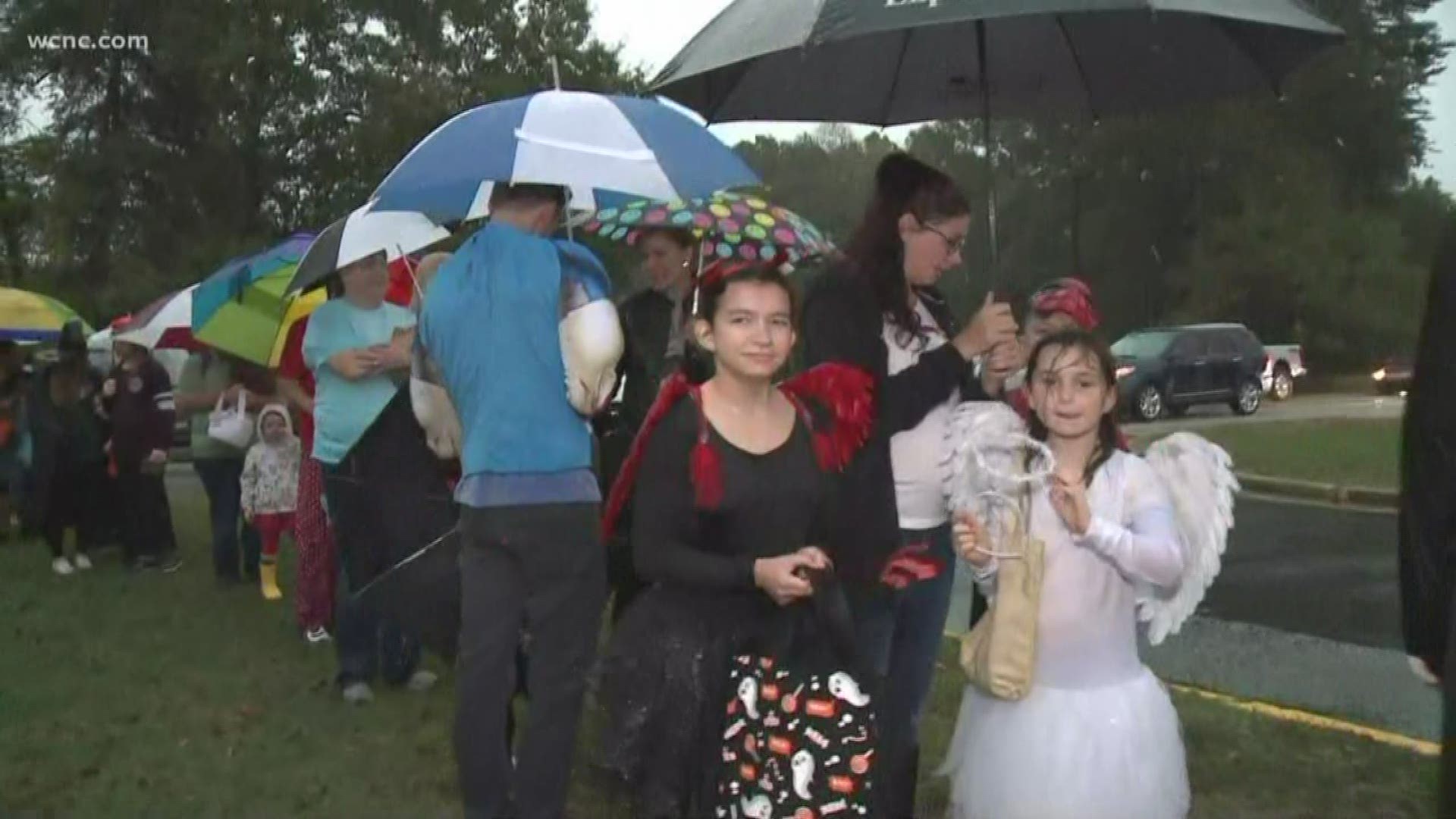 CHARLOTTE, N.C. — Severe weather is having a major impact on Halloween trick or treating in Charlotte and across the Carolinas.

A line of storms could produce damaging winds, hail, and an isolated tornado.

There is a medium-to-high chance of seeing some form of severe weather across the entire region.

The line of storms is moving from west to east across the entire region.

See our interactive radar to check for storms in your neighborhood

We're tracking live on-air and online, with real-time updates from the WCNC newsroom below. Refresh the page for the latest information. 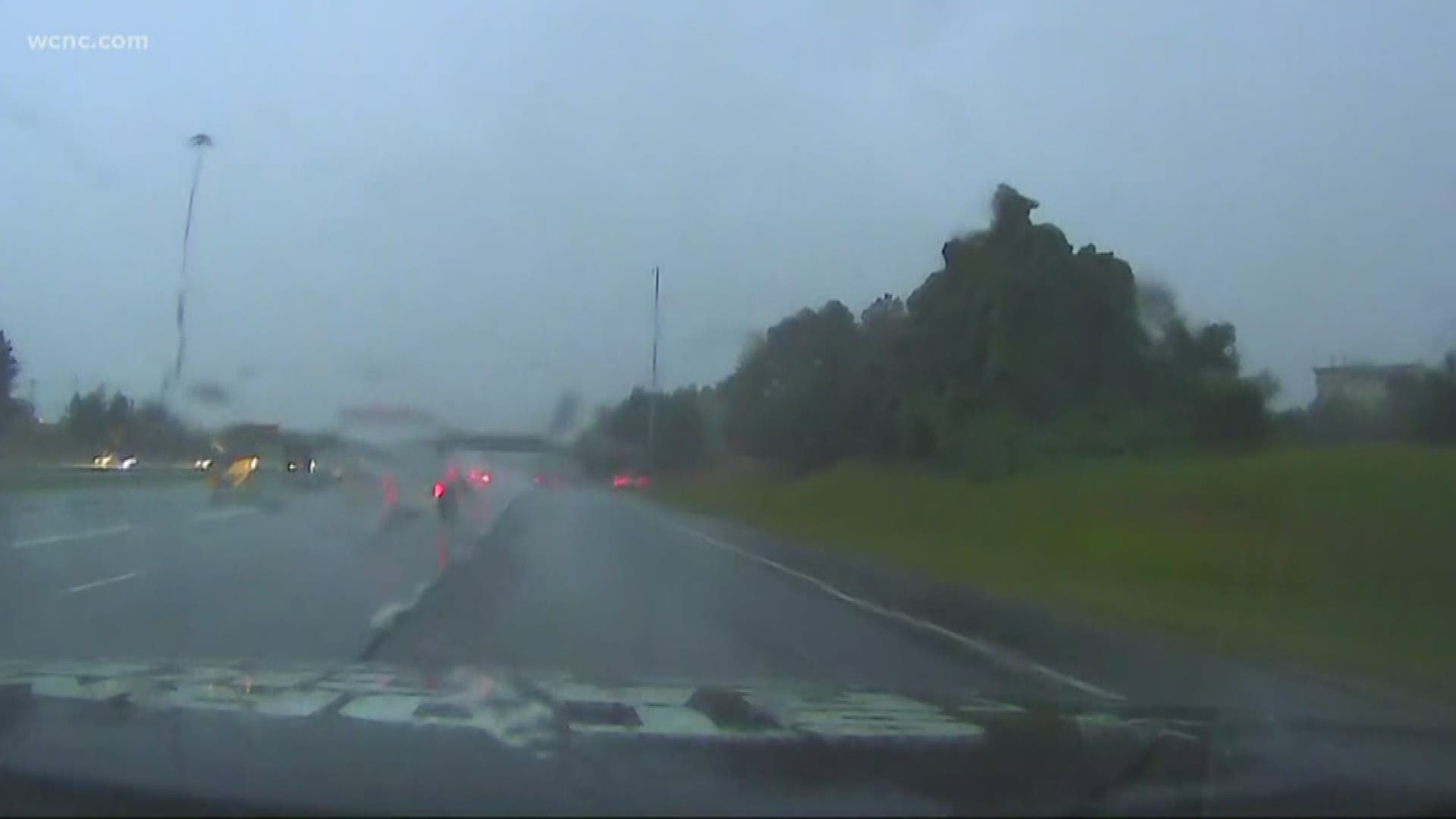 A Tornado Warning has been issued for Anson and Richmond counties.

Tornado Watch cancelled for Charlotte and the surrounding area. The line of storms continues to be severe as it moves through areas to our east, such as Greensboro and Raleigh.

Reporter Chloe Leshner arrives at the scene of a massive tree that fell on three cars along 7th Street in Charlotte. No reported injuries.

A Tornado Warning has been issued for Anson, Montgomery, Richmond and Stanly counties in North Carolina.

Storms have moved out of Charlotte and are continuing to move through areas east of the city such as Union County.

York County says a downed tree has been cleared off of Springlake Road near Sutton Springs Road.

Concord Parkway blocked from Cloverleaf Plaza to Mall Drive due to power lines down. All traffic lights are not functioning.

Multiple trees down along Amity Hill Rd southeast of Statesville.

Winds are continuing to call trees to fall, including this one along Glenfall Ave in south Charlotte.

Power outages are being reported across the area. Duke Energy is reporting 1,000 customers in Mecklenburg, 1,000 in Gaston, 3,000 in Iredell, and 3,000 in Rowan counties are without power.

Skies are darkening in Charlotte as the severe thunderstorm line approaches from the west.

A Severe Thunderstorm Warning has been issued for Charlotte, surrounding Mecklenburg County, along with Cabarrus, Catawba, Gaston, Iredell, Lincoln, and Rowan. 60+ mph winds and penny-size hail are expected.

Tree down on structure at 801 South Main Street in Mt. Holly in Gaston County

Also a tree down along Highway 1094 in Todd in Watauga Co.

Three tress are down in the Fleetwood area of Ashe County.

Severe Thunderstorm Warnings issued for Gaston County as the line moves towards Charlotte.

A tree has fallen on a home in Mooresville. No injuries were reported. 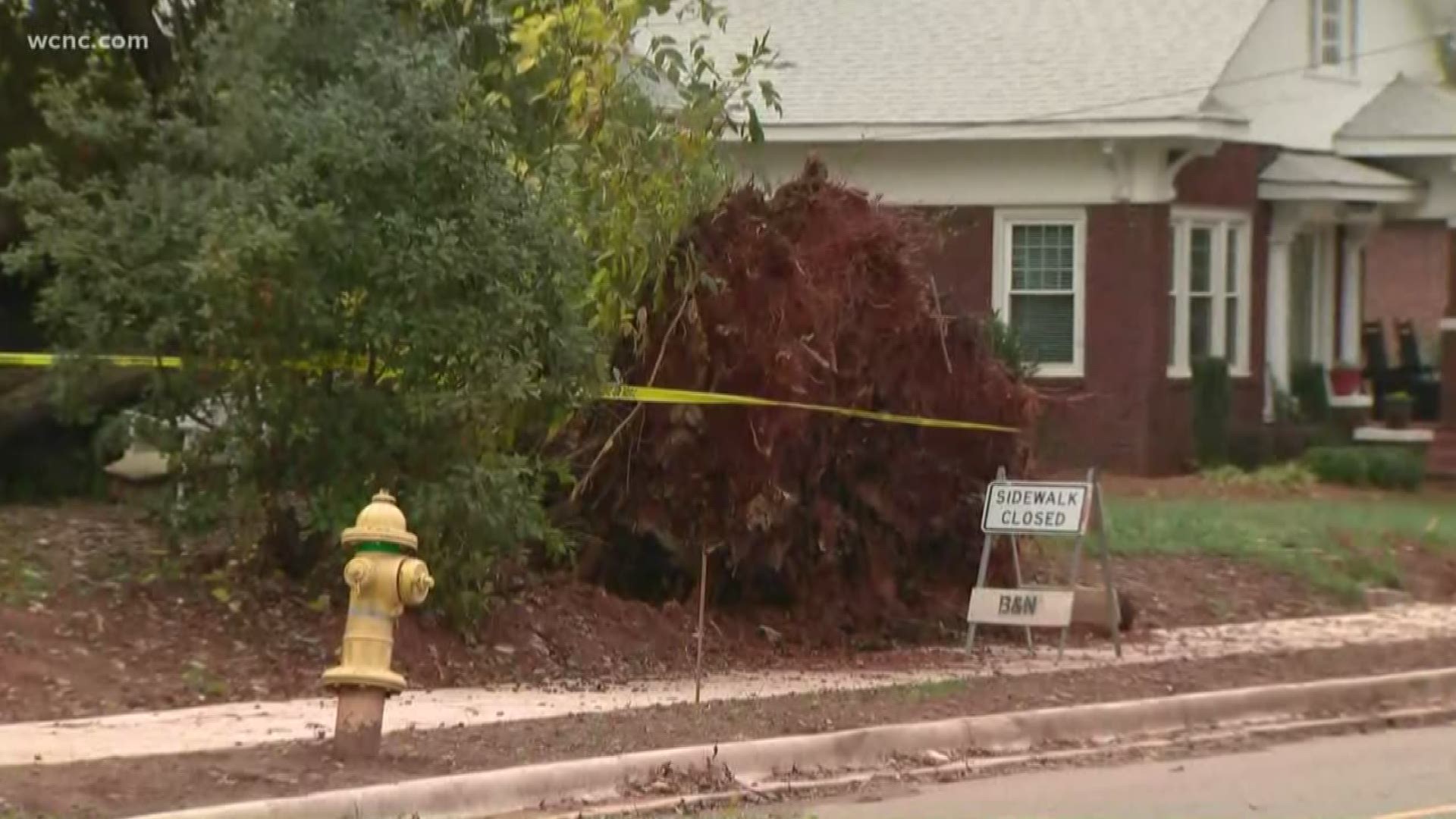 A Tornado Watch is in effect for the entire Charlotte region, including but not limited to other metro areas such as Fort Mill, Statesville, Hickory, and more.

Here is the latest timing on the Halloween night severe weather across the Charlotte region.

"Don't get too wrapped up in the exact timing," Panovich said. "It's really hard to pin down the exact timing of these storms, just know they're going to move through the area at that time."

RELATED: How to keep your Halloween pumpkins fresh