NYC Thanksgiving parade balloons may be grounded this year

Strong winds could prevent the festive balloons from rising high this year, the first time since new regulations were instated in 1997. 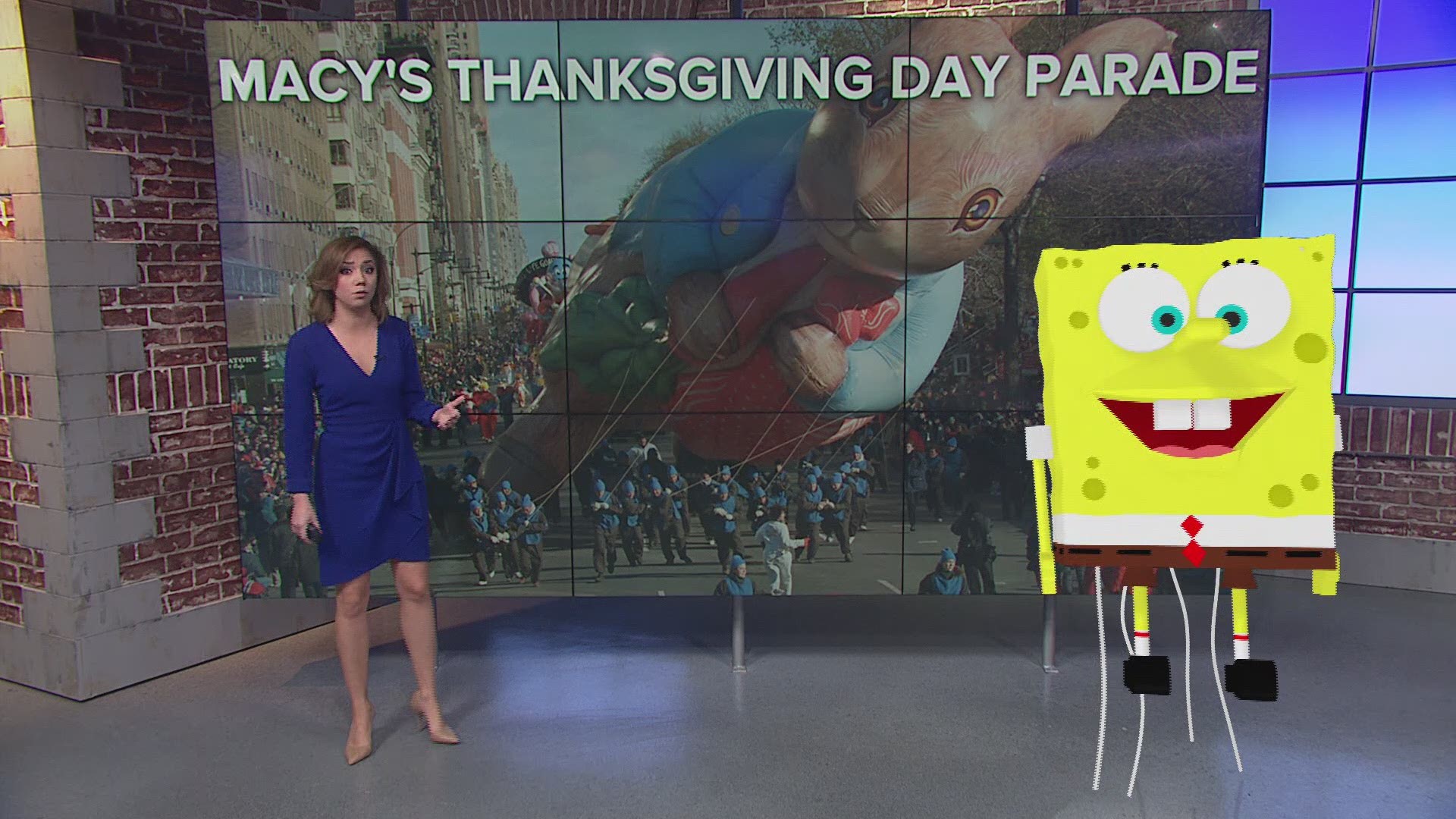 If the winds reach a certain threshold, there will be no big balloons floating high in the sky along the parade route.

Regulations were put into place after the 1997 Macy's Thanksgiving Day Parade, when the 'Cat in the Hat' balloon was overtaken by strong winds, sending it into a light pole which injured 4 people.

Before the 1997 parade started, a balloon was shredded by a gust of wind and knocked out of the parade. According to the Associated Press, 17 other floats were stored overnight near the American Museum of Natural History on Central Park West.

Balloons cannot be flown when the forecast for winds is sustained above 23 miles per hour, or when wind gusts over 34 miles per hour.

The forecast wind gusts from the European model below shows gusts reaching this restricted threshold. Sustained winds will run between 20 and 25 miles per hour.

Despite the strong winds, the forecast for New York City Thursday morning will otherwise be mostly sunny and chilly with parade time temperatures in the 40s and wind chills in the 30s.

Looks like we will have to see if our favorite floats will make it up in the air on Thursday. Officials will make the final decision closer to parade time early Thursday morning. Officials have the option of letting the balloons fly at 55 feet but lowering them to ten feet along portions of the parade route for crowd safety.