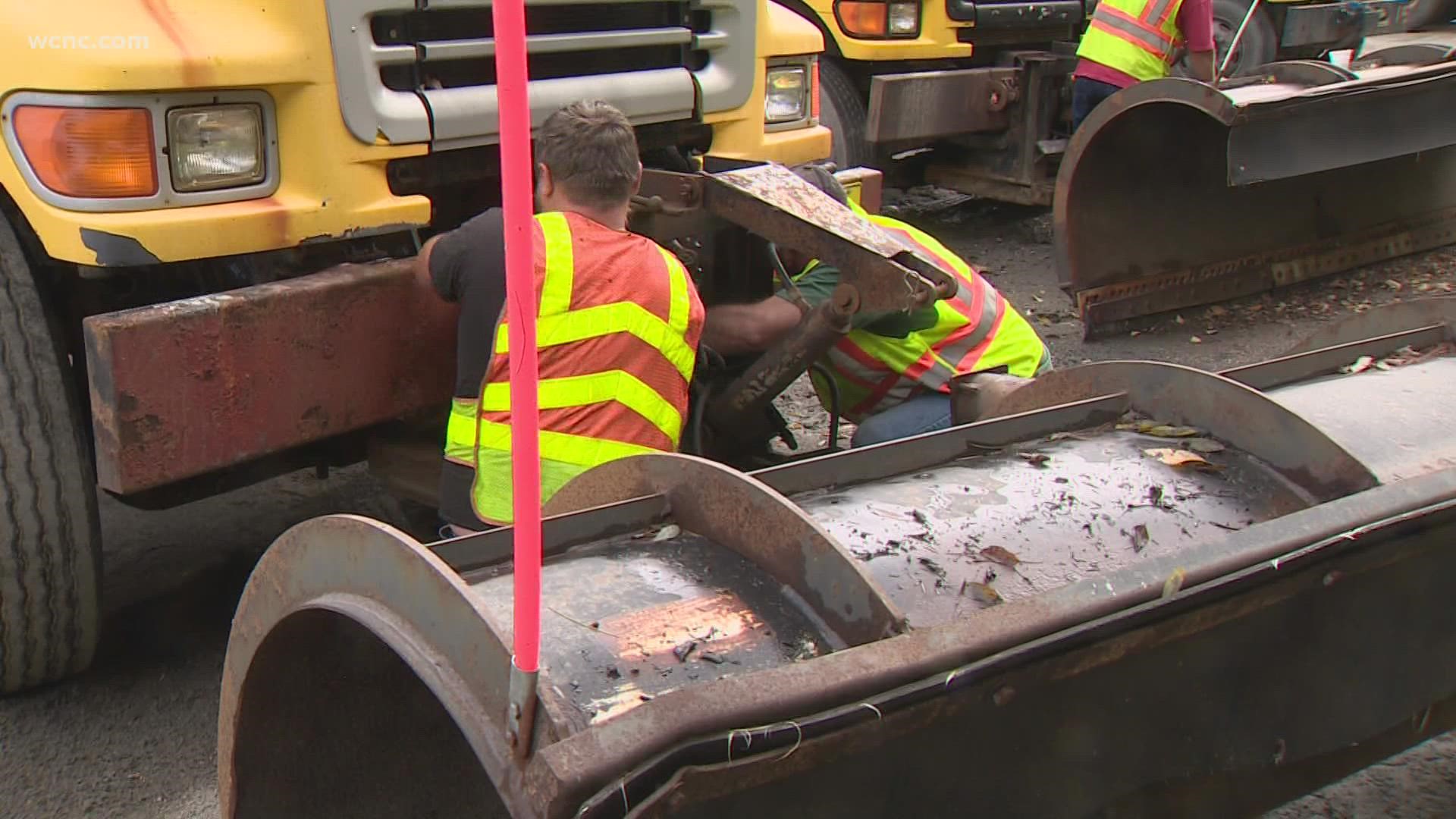 CHARLOTTE, N.C. — On a day with 80º heat, the thought of snow falling is far from the minds of people in the Charlotte area, except for the North Carolina Department of Transportation.

NCDOT crews in the mountains are already getting ready for wintry precipitation with an open house at an NCDOT maintenance yard in Boone.

The division covering most of the mountain zones in western North Carolina is preparing for winter weather.

MORE NEWS: What a house fire does to your insurance rate

Winter officially begins in more than two months, but NCDOT is being proactive by dusting off the cobwebs from its snow prep equipment.

"It is important to be ready ahead of time," Watauga County Maintenance Engineer Travis Chrisawn said. "You don't want to come out here when snow is already on the ground and find out you have equipment that's not working properly."

Crews performed maintenance checks on the spreaders, plows and push trucks. They want to be ready to treat the road at the first chance of snow.

Chrisawn said many of the people on staff have pre-treated roads for snow, and several have been removing snow in the area for decades.

He said their knowledge helps to ensure they'll treat the trouble spots to keep people safe as they drive through winding mountain roads. Last year, they pushed snow 82 days out of the winter season. Typically, there can be snow in the mountains from late October until April.

"The most common thing I've noticed typically the day after it snows, sometimes folks get a little aggressive with their driving," Chrisawn explained. "Black ice is pretty common the following day. That seems to precipitate some of those accidents."

NCDOT using a type of screening three-to-one ratio with salt to provide better traction on secondary roads, hills, and curves. NCDOT says it takes a 60-million-dollar budget for road prep and snow removal across the state.