Multiple fires sent smoke into the Sacramento and San Joaquin Valleys as well as the San Francisco Bay. 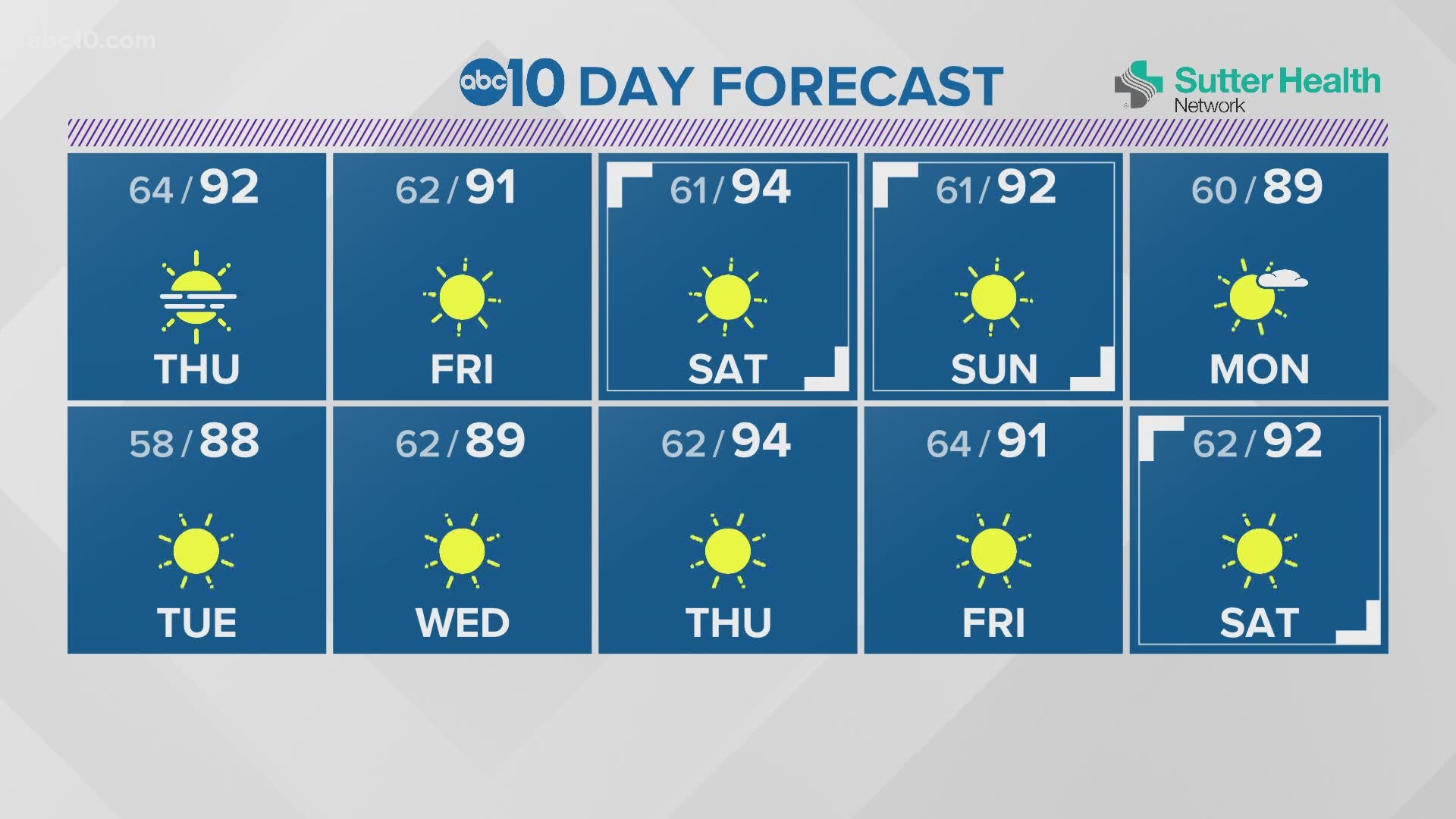 SACRAMENTO, Calif. — Northern California is dealing with some of the worst air quality in the world as multiple fires sent smoke into the valleys and across the San Francisco Bay Area.

These monitoring points show how the air quality was at 4 p.m. Wednesday. The worst air filled the air was banked up just north of San Francisco.

Red Flag Warning conditions promoted big fire growth with dry winds, high gusts, and low humidity. This was all on the heels of record-setting heat during the Labor Day weekend.

The Bear Fire, part of the North Complex, grew at a rapid pace forcing evacuations and sending hazardous air into the Sacramento and San Joaquin Valleys.

Other fires on the eastern side of the state, the Fork and Slink fires, also contributed to the smoke in the valley.

The biggest fire, the August Complex, is in the Mendocino National Forest. It is now the second-largest fire in California history with over 420,000 acres burned and still not contained.

Winds will shift to the southwest over the next couple days which will allow some clearing of the smoke, but with so many fires burning there's still smoke in the forecast.

Cooler weather and less wind should help firefighters gain containment of the fires which will help reduce the chance of smoke.