CHARLOTTE, N.C. — The Charlotte area got hit with another round of thunderstorms Tuesday as crews tried to clean up the mess left behind by Monday's severe weather.

On Monday, some areas in Charlotte saw more than an inch of rain during the storms. Hail was spotted in York County, and damaging winds led to downed trees in several locations.

The highest threat on Monday was damaging winds which brought down trees and power lines. 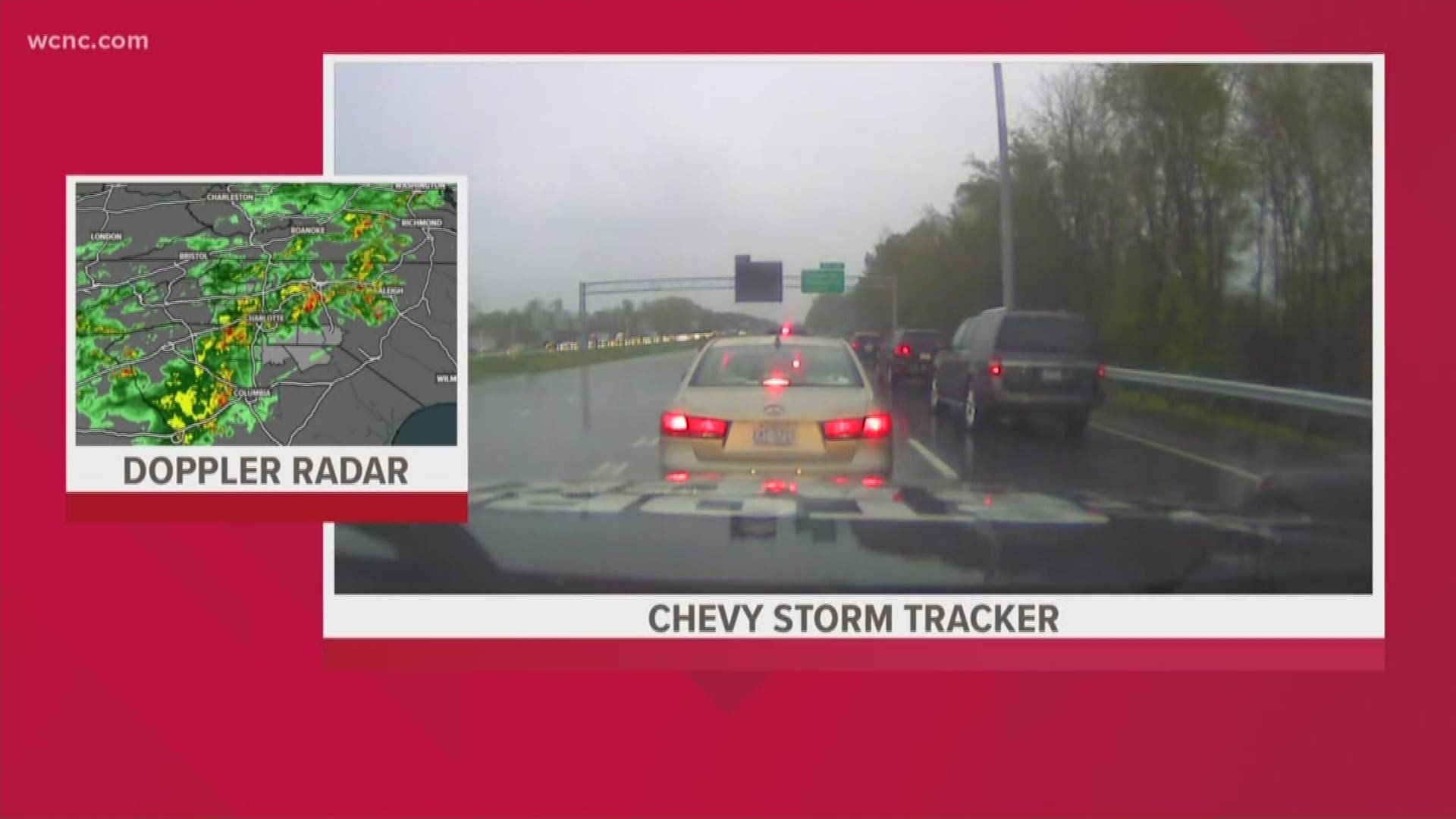 Despite the rain, the Charlotte area reached 82 degrees Monday afternoon -- the warmest so far this year.