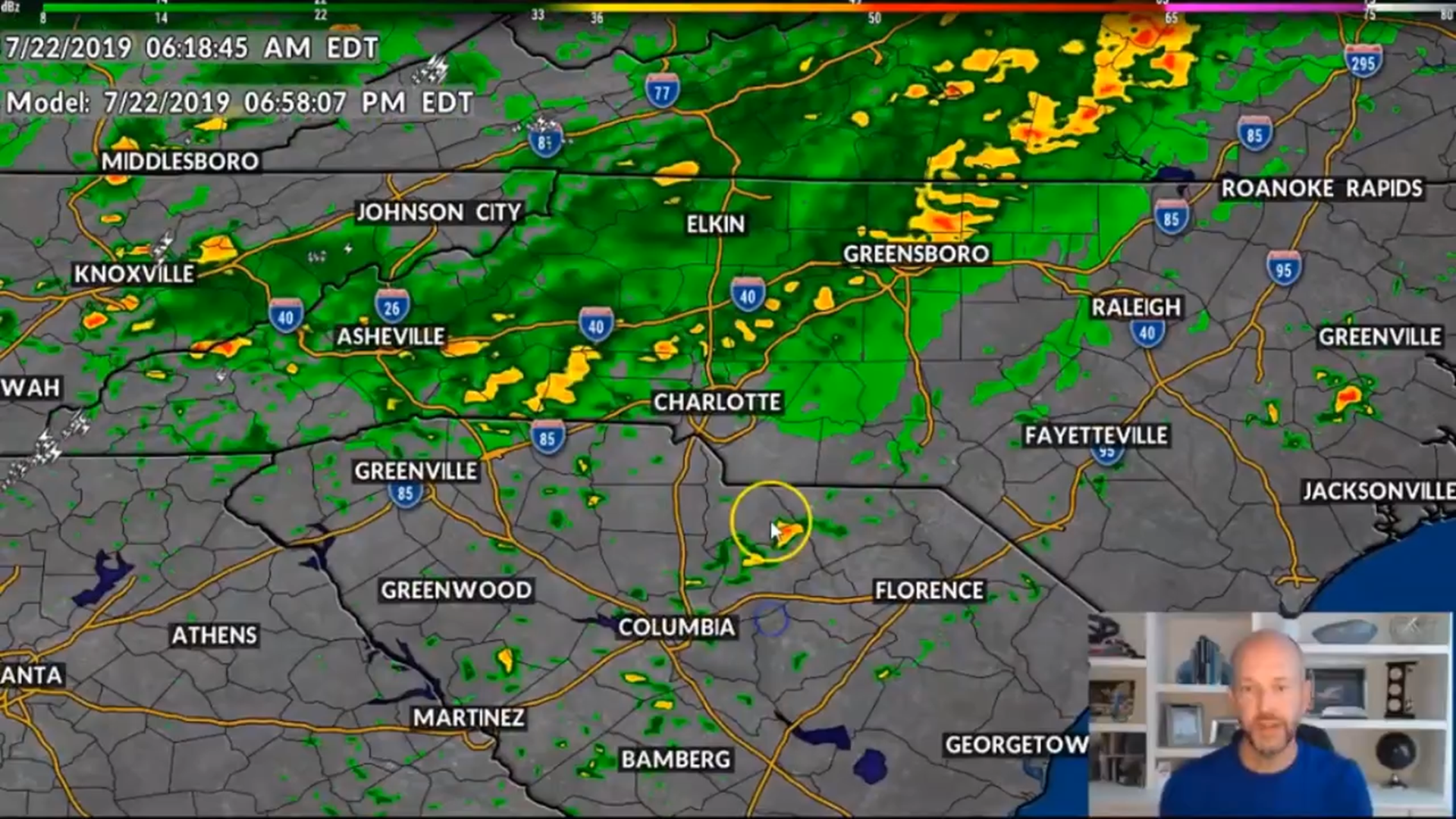 "This rain is going to sit over the mountains first," explained Panovich, who was monitoring a possible flood threat in the higher elevations.

The National Weather Service had issued a Flash Flood Watch for Ashe, Avery and Watauga counties until midnight.

"A lot of this rain comes [to the Charlotte area] later today, tonight and tomorrow," said Panovich, who predicts the rain will begin soaking Charlotte in time for the evening rush hour.

Charlotte and the surrounding areas could see one or two inches of rain, with localized higher amounts possible. Coastal communities of both North Carolina and South Carolina could see total rainfall amounts of three or four inches.

"By far the best rain we've seen in the Carolinas in some time," said Panovich.

Higher rainfall totals near the coast can be attributed to the cold front stalling.

"The real interesting thing will be what happens to this moisture to the south as it gets pulled up to the north and interacts with the front," Panovich said referring to tropical moisture currently off the coast of Florida.

Panovich predicts the stalled cold front near the coast will prevent the tropical system from coming further inland. It could brush the eastern North Carolina coast Wednesday.

The weather in Charlotte will clear up by Wednesday. Sunny skies will be joined by cooler temperatures: afternoon highs in the 80s with nighttime lows in the 60s