Likelihood of storm development had risen to 80% on Tuesday, likely to impact Gulf Coast this week. 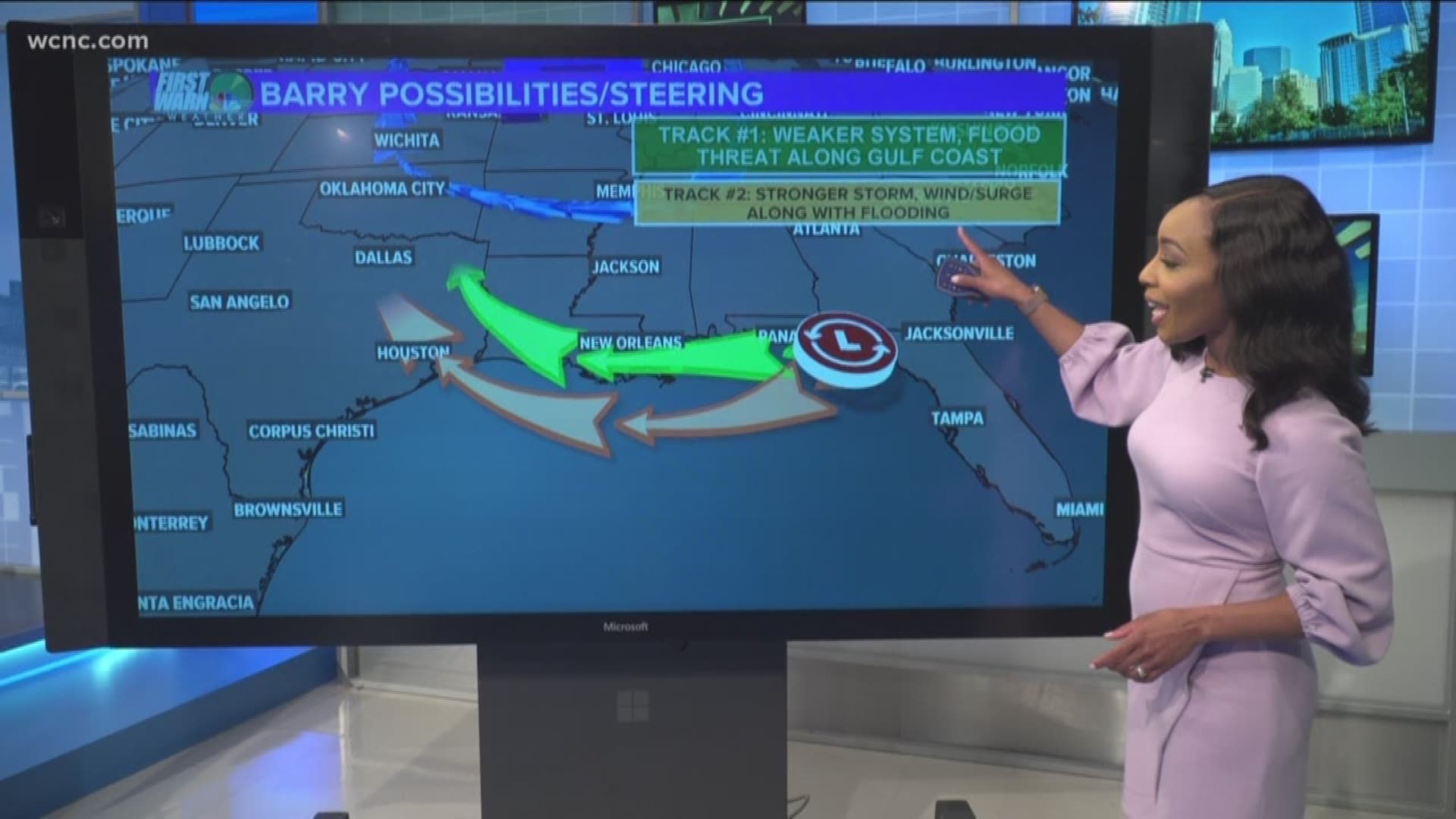 CHARLOTTE, N.C. — The chance of a tropical system forming in the Gulf of Mexico this week has risen to 80%, WCNC First Warn Weather Chief Meteorologist Brad Panovich explained Tuesday. The storm would receive the name Barry.

The still-yet-unnamed area of circulation has moved to the waters south of Panama City, Florida Tuesday. With ocean water temperatures near 85 degrees, Panovich is calling for storm strengthening.

"There are still many variables with this system because depending on where it goes - and how close to the coast - it could become a hurricane at some point," Panovich said.

The storm system has an 80% chance of forming into at least a tropical depression, according to the official forecast from the National Hurricane Center. Forecast computer models predict the storm, will strengthen to at least a tropical storm, with sustained winds over 39 mph. If it grew to become a Category 1 hurricane, winds would at least reach 74 mph.

As seen during Hurricane Florence, forecasting a storm's intensity is harder with today's technology than predicting the storm's path. Long-term computer models for Hurricane Florence resulted in an accurate landfall prediction but with a widely varying intensity forecast.

The more time the storm spends over water before crossing onshore, the better chance of strengthening, Panovich explained.

Rainfall and localized flooding will be the biggest threat with the storm. Key areas that should watch the forecast for further development include Houston, Texas, New Orleans, Louisiana, and Mobile, Alabama.

With the center of circulation now offshore, meteorologists will need to use weather satellites and scattered weather buoys for observations. To get additional data, pilots from the United States Air Force Reserve Unit may fly scientists into the storm aboard a reconnaissance aircraft Wednesday. The missions, which are often referred to as hurricane hunts, fly the plane directly into the storm to get data otherwise not observed. That data is fed back to the National Hurricane Center and incorporated into forecasts. The information helps increase the accuracy of the forecast.

It is still too early to know exactly where the storm could make landfall. It is expected to make landfall before the end of the weekend.

Panovich will have more on the storm during a Facebook Live stream Tuesday evening - and the entire WCNC First Warn Weather team will have updates on NBC Charlotte.