DOT shut down several Gaston County roads for repairs, and some roads have no timetable to reopen yet. 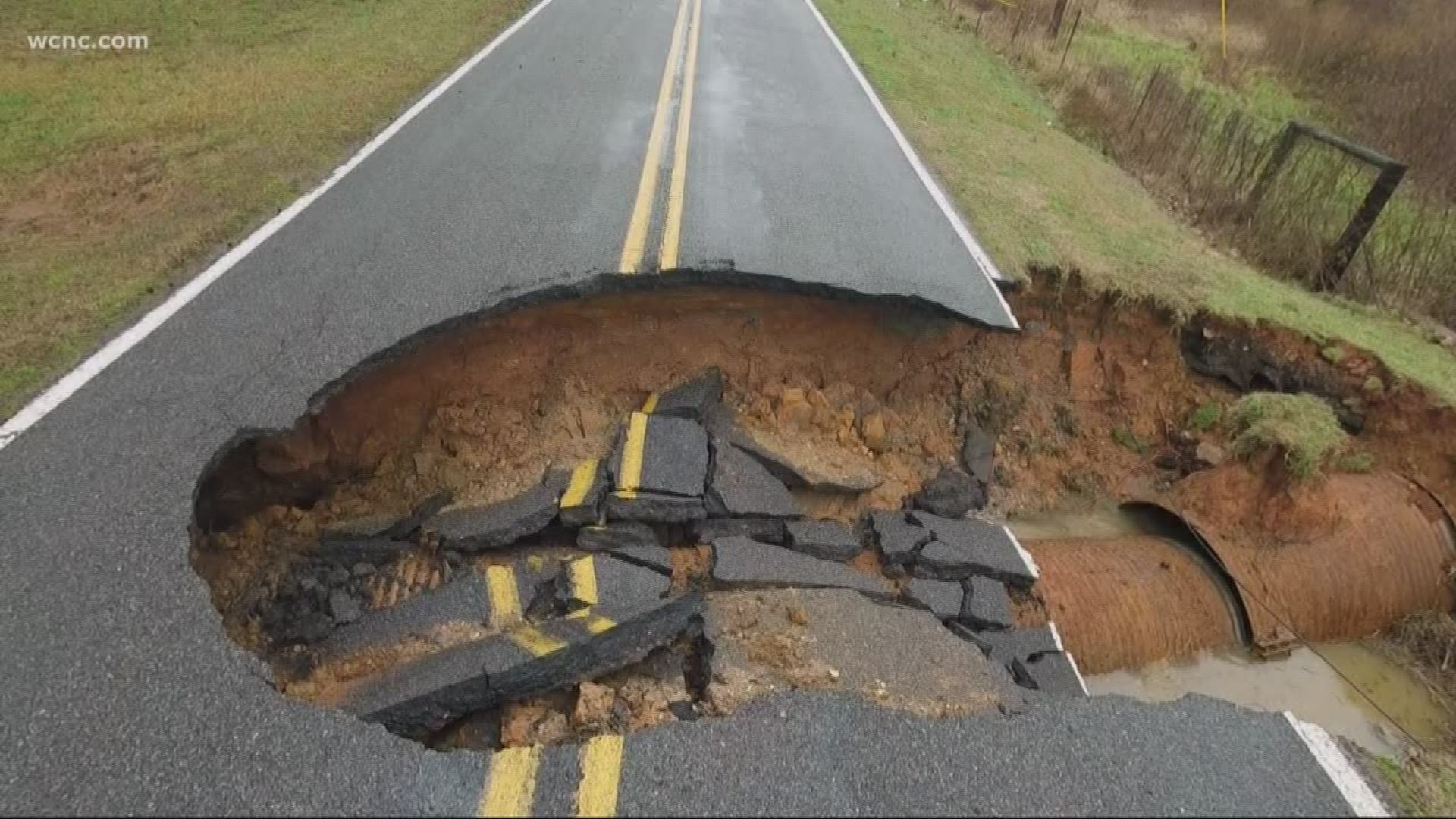 CHERRYVILLE, N.C. — The relentless wet weather has led to roads collapsing and backyards flooding throughout Gaston and Cleveland Counties.

North Carolina DOT shut down Kenwood Road and Martin Road in Cherryville after sections of the two roads washed out following Thursday's storms.

Quay Howell and his wife said they watched the moments leading up to a sinkhole forming in Martin Road.

He said the water began churning and bubbling before the pavement caved in and formed a hole.

"All of a sudden, I heard a thump," Howell said. "I don't know how the water was doing that."

DOT hasn't announced a date for when the roads will be fixed.

The road's closure has caused traffic delays, and DOT estimates it could be another three weeks before the bridge reopens to drivers.

The ongoing rain continues to saturate the ground with water, which makes Jada McDaniel's yard flood faster than before.

"We lived here for 20 years, and we've never had this happen," McDaniel said. "Not much I can do. Wait for the sun to come out!"

At 91, this fitness enthusiast is inspiring others, overalls and all