A cold front will track across the region Tuesday, bringing scattered showers and storms, some of which could be have heavy rain and damaging winds. 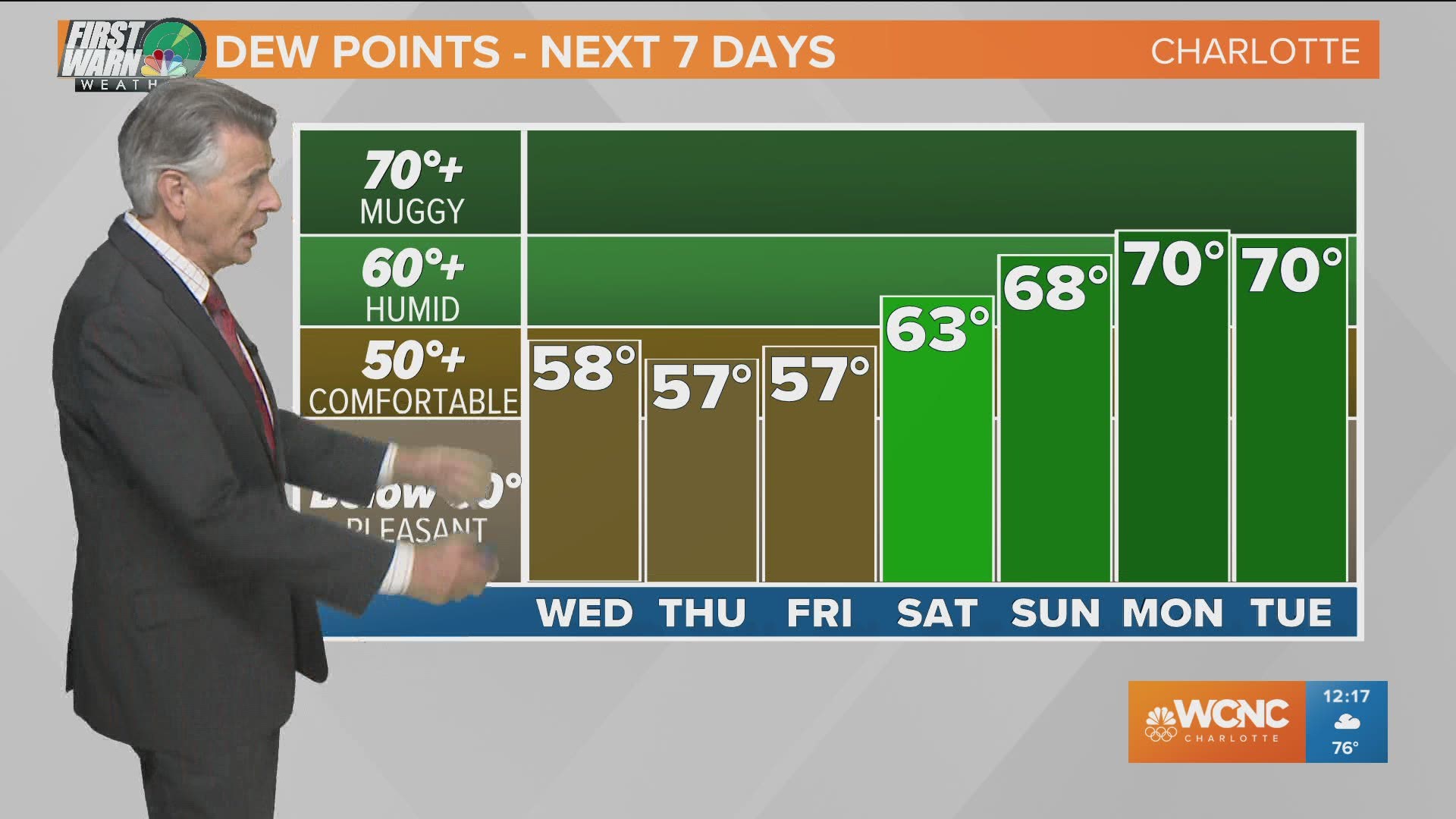 CHARLOTTE, N.C. — A cold front moving across the Southeast will bring the threat of heavy rain and storms to the Carolinas Tuesday.

"This is more of a middle part of the day event for those storm chances," Sprinkle said. "I think as we get to noon or 3 p.m. there may be an isolated storm."

In the late morning hours, a band of heavy rain began moving through the I-77 corridor near Lake Norman. That rain slowly pushed east through parts of Cabarrus, Mecklenburg, and Rowan counties in North Carolina.

In South Carolina, a few discreet cells brought periods of heavy rain to portions of York and Lancaster counties.

As the main line of showers and storms moved east, it remained possible for a few remaining cells to pop up across the greater Charlotte area throughout the late afternoon and early evening hours.

"There could be some embedded storms, particularly down around Chester and Lancaster in South Carolina," Sprinkle said.

The front is expected to push out of the Charlotte area by 6 p.m. Wednesday will be a much drier day with highs around 80 degrees. Humidity levels will also drop, making it feel much more comfortable before things get closer to normal heading into the weekend.

RELATED: Here are the spots in Charlotte that are prone to flash flooding

RELATED: Ahead of the Atlantic Hurricane Season, here's how to stay prepared and weather aware