Officials said five people were killed during Thursday's flooding at the Hiddenite Family Campground, including a 1-year-old baby. At least 30 others were rescued. 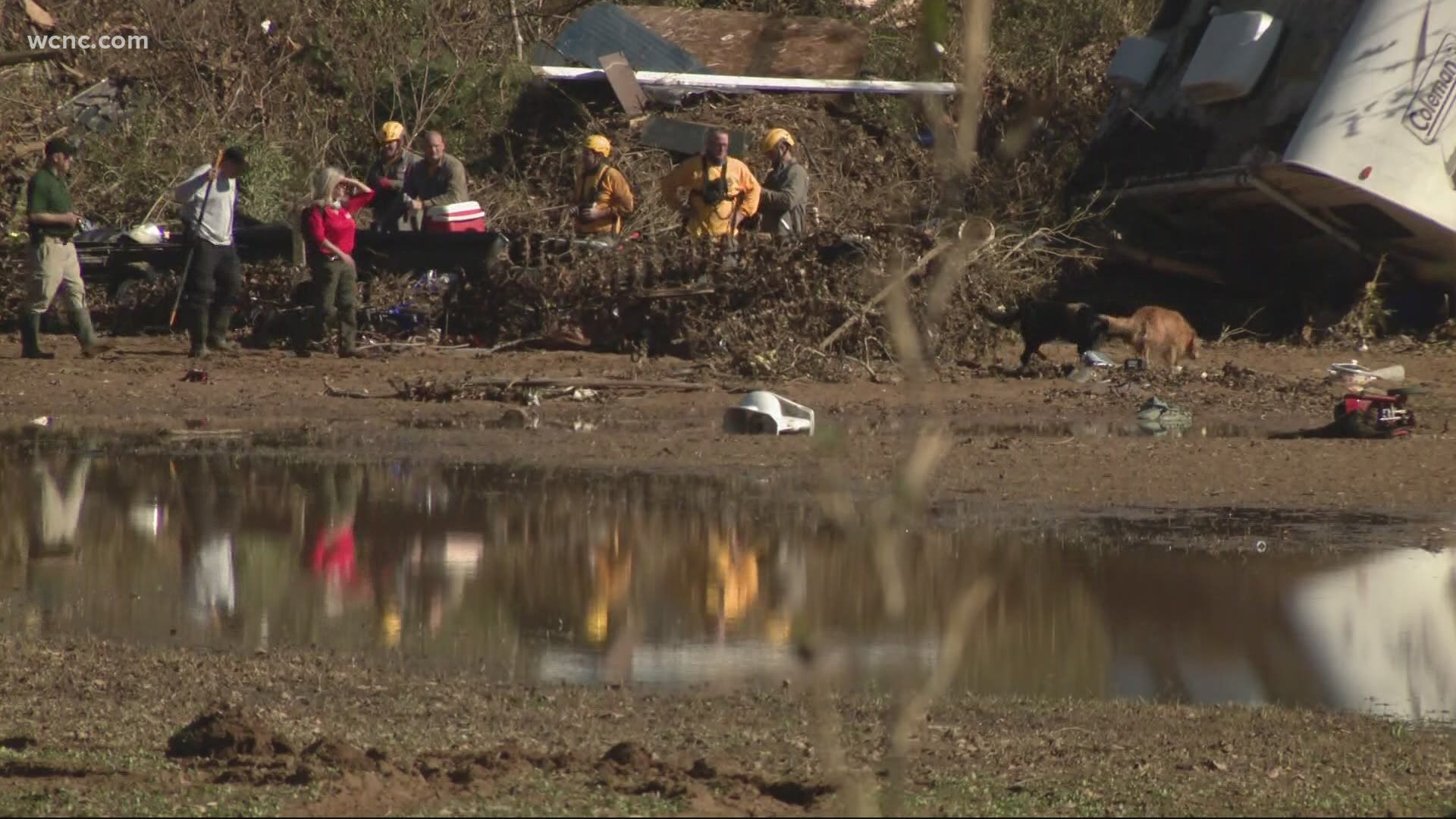 Five people were killed after the Hiddenite Family Campground flooded Thursday. More than 30 people were rescued from the rising floodwaters Thursday, which left some houses and cars completely underwater. The search for the baby and an adult continued Friday.

A dive team from the Charlotte Fire Department recovered the body of a 31-year-old man Friday morning. Multiple crews from agencies across the Charlotte area were called to assist with the search.

A sixth person was killed elsewhere in the county in a car crash caused by the flash flooding.

The National Weather Service surveyed the damage in Hiddenite Friday. While the weather data is still being finalized, other recorded rainfall totals from Alexander County showed at least 7 inches of rain fell in some areas.

Approximately 50 roadways across the county were compromised, with four bridge outages and 11 roads that are currently impassable, according to county officials.

The campground was overwhelmed when water from the South Yadkin River overtook the property.

North Carolina Gov. Roy Cooper declared a state of emergency as many parts of the state continue to recover from widespread flooding.

#BREAKING: An adult male was just recovered at Hiddenite Campground by the Charlotte Fire Department. The search continues for a 1-year-old. @wcnc

Rivers and other waterways remained swollen Friday after the record-breaking rain event.

Water levels are expected to remain high across the Carolinas as the water table works to handle the excessive rainfall, which will flow its way across the region and eventually into the Atlantic Ocean.