"It seems like it just got progressively worse, louder, more rain, and then the wind hit," one man said. "I looked out and trees were swaying all over the place." 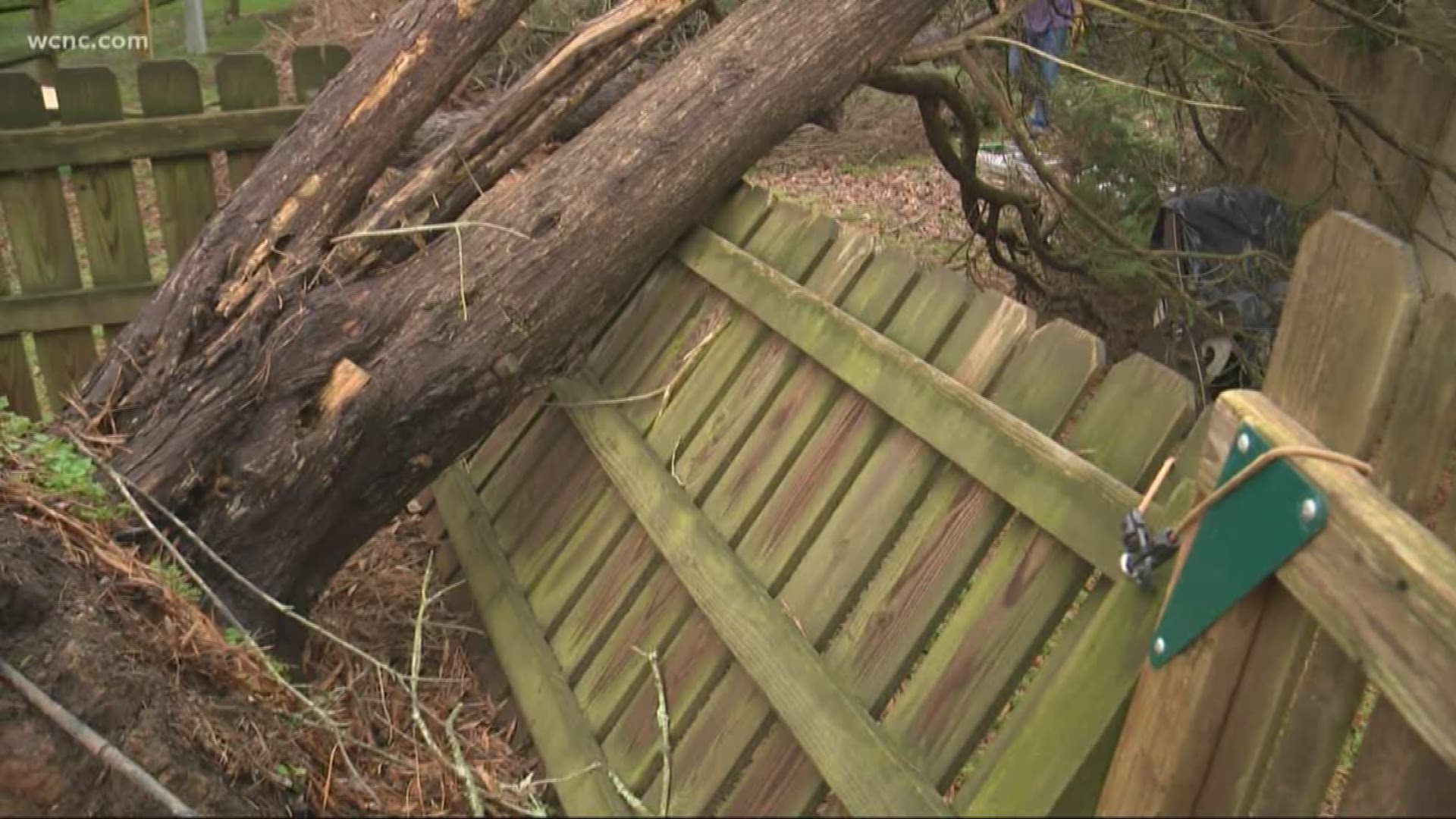 Buildings were ruined and downed trees impacted roads and homes.

In Kershaw County, South Carolina, the National Weather Service confirmed a tornado hit North Central High School around 10:31 p.m. Saturday. School buses smashed into each other, parts of the roof ripped apart, and debris was everywhere. Estimated winds were around 130 miles per hour.

School leaders were assessing the damage Sunday, and the Kershaw County Sheriff's Office warned people to stay off the campus. 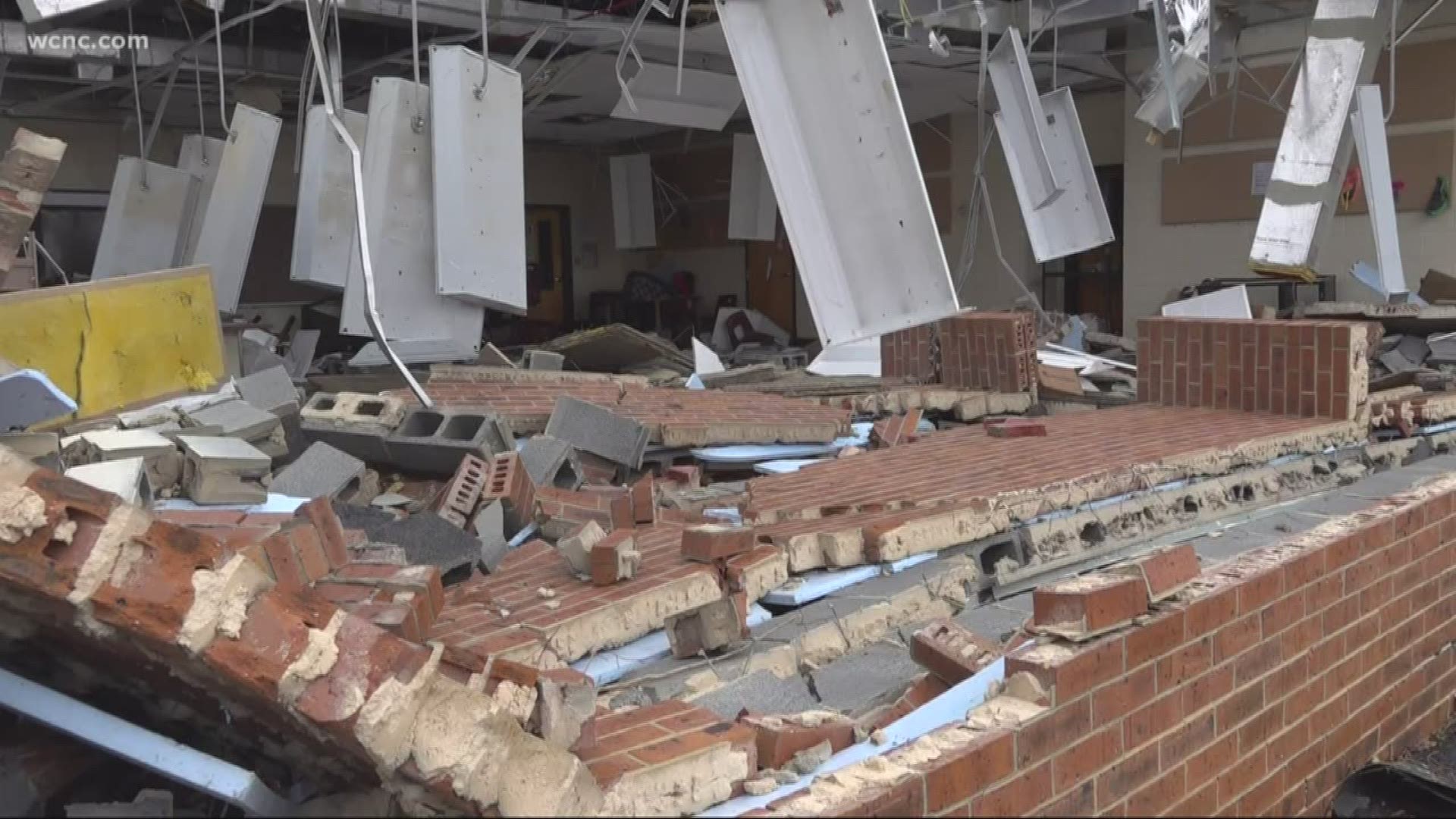 In North Carolina, the damage was apparent near Ballantyne and the state line.

Chief Meteorologist Brad Panovich located visible damage in Ballantyne, including a trailer crushed by a tree.

"It seems like it just got progressively worse, louder, more rain, and then the wind hit," another man told NBC Charlotte. "I looked out and trees were swaying all over the place."

Michael DeAngury lives on Parks Farm Lane in the Raeburn subdivision near Ballantyne. He said he was waiting for the rain to stop to take his dog out, but then the storm quickly picked up in intensity.

"The sliding glass door, I thought was going to implode," DeAngury said. "Literally implode from just the wind."

Down the street, Suarez said the sounds during the storm were intense.