The order was issued as the Catawba River levels rose Friday morning after heavy rains led to widespread flash flooding across the Charlotte area Thursday. 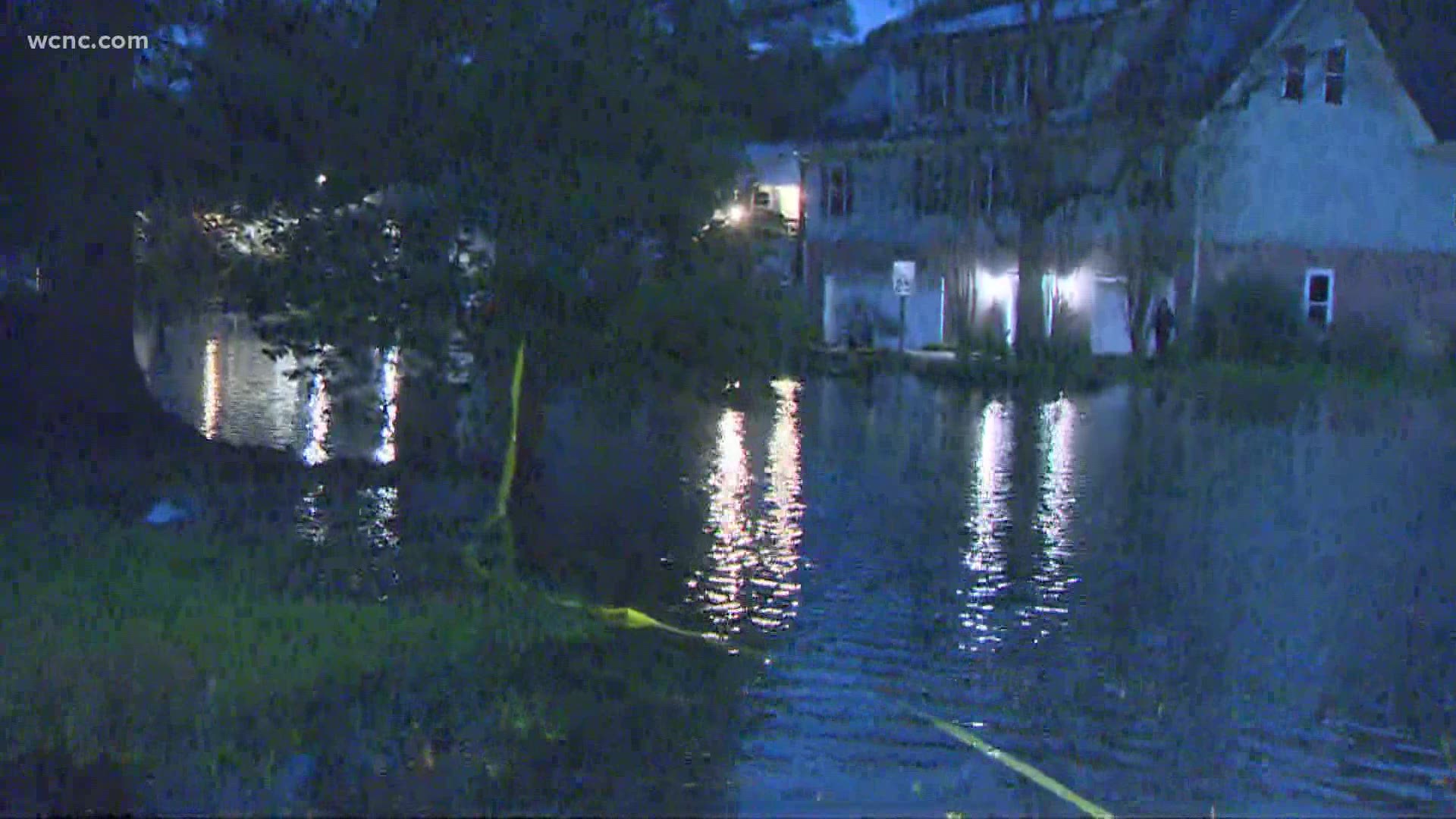 MECKLENBURG COUNTY, N.C. — A voluntary evacuation order has been lifted for neighborhoods in northwest Charlotte along the Catawba River after the water levels started to recede Friday following Thursday's heavy rain.

A couple of inches of standing water was already covering Riverside Drive before 7 a.m. Friday. First Warn forecaster Larry Sprinkle said this area is prone to flooding and Friday's threat isn't expected to be as bad as the flooding in the summer of 2019.

"While the floodwaters are receding, they still present a dangerous condition and residents in the area are urged to exercise extreme caution as the water continues to recede," Charlotte-Mecklenburg Emergency Management said in a statement.

According to Charlotte-Mecklenburg Emergency Management, the Catawba River was expected to reach a level of 103.5 feet or higher.

RELATED: Woman crawls out of car window to escape flooding in west Charlotte

In Alexander County, rescue crews are preparing to continue their search for a missing adult and 1-year-old baby who are unaccounted for after flooding at the Hiddenite Family Campground. So far, three people were found dead on the campground and another was killed in a separate incident in the county.

For the latest breaking news and weather alerts, download the WCNC Charlotte mobile app. It is free in the Apple App Store and on Google Play.