Hundreds still without power after strong storms move through Charlotte 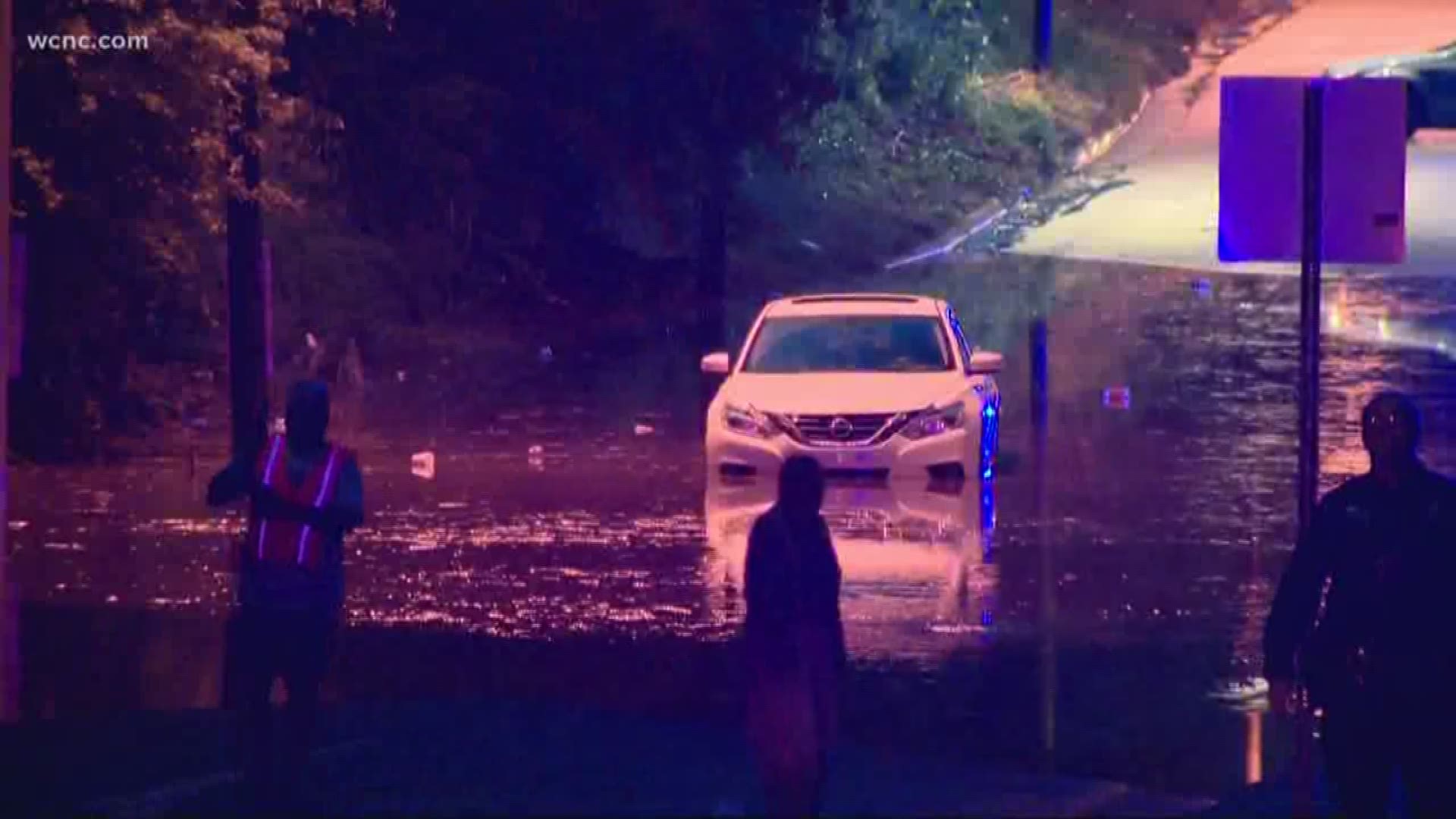 CHARLOTTE, N.C. — Hundreds of people in Charlotte are still without electricity after strong thunderstorms moved across the Carolinas Tuesday night.

As of 9:30 a.m. Wednesday, Duke Energy reported 1,060 customers without power in Mecklenburg County. Across the state line, another 700-plus customers are without electricity.

First Warn Chief Meteorologist Brad Panovich said rain was falling at a rate of nearly 3 inches per hour during the storms that lasted into the early hours Wednesday. Most areas around Charlotte saw anywhere from 1-3 inches of rainfall, according to First Warn forecaster Larry Sprinkle.

First responders were called to multiple weather emergencies, including an underwater rescue on Rozzelles Ferry Road in west Charlotte. Police said two people tried to drive a car through floodwaters at the intersection with Idaho Drive. The car was left in the street overnight because crews were unable to get a tow truck to the scene safely.

In Ballantyne, firefighters were called to a reported lightning strike on Whispering Wind Drive. Charlotte Fire believes a home was struck by lightning and led to smoke in the attic. Thankfully, no injuries were reported in either incident.