The heaviest damage appears to be in the Boardwalk RV Park, Emerald Isle officials say. 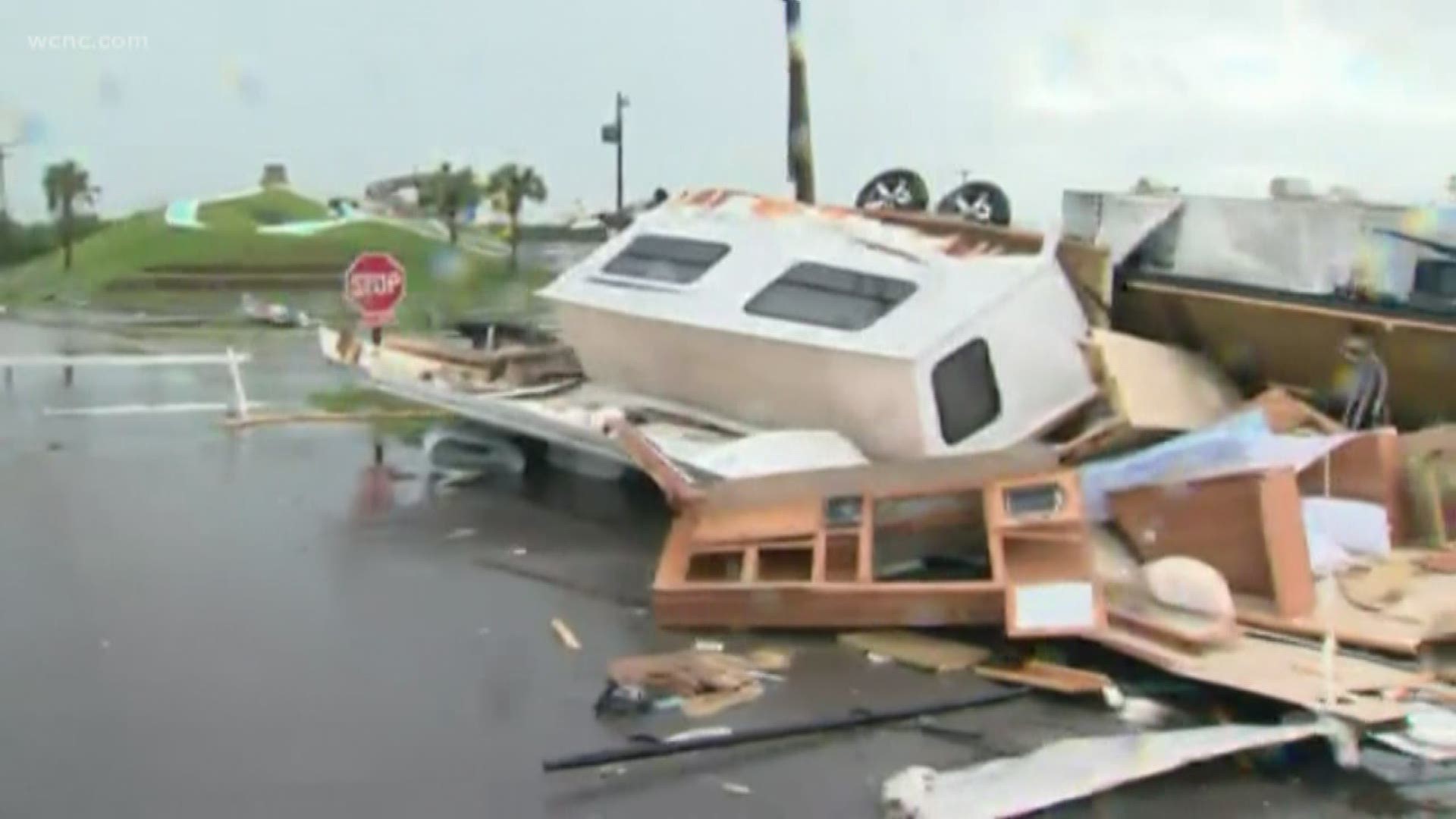 EMERALD ISLE, N.C. — A water spout/tornado touched down in Emerald Isle Thursday morning, according to a post from the town's Facebook page.

The post says there is property damage in the vicinity of Islander and Reed Drives. The heaviest damage appears to be in the Boardwalk RV Park.

There have been no injuries are reported, town officials said on social media.

Several tornado warnings were issued along the coast Thursday morning as strong winds from Dorian picked up.

Tornadoes have also been reported in Wilmington and Myrtle Beach area.

RELATED: Florida man parks smart car in kitchen to save it from Dorian