Strong storms knock out power for hundreds across Charlotte area 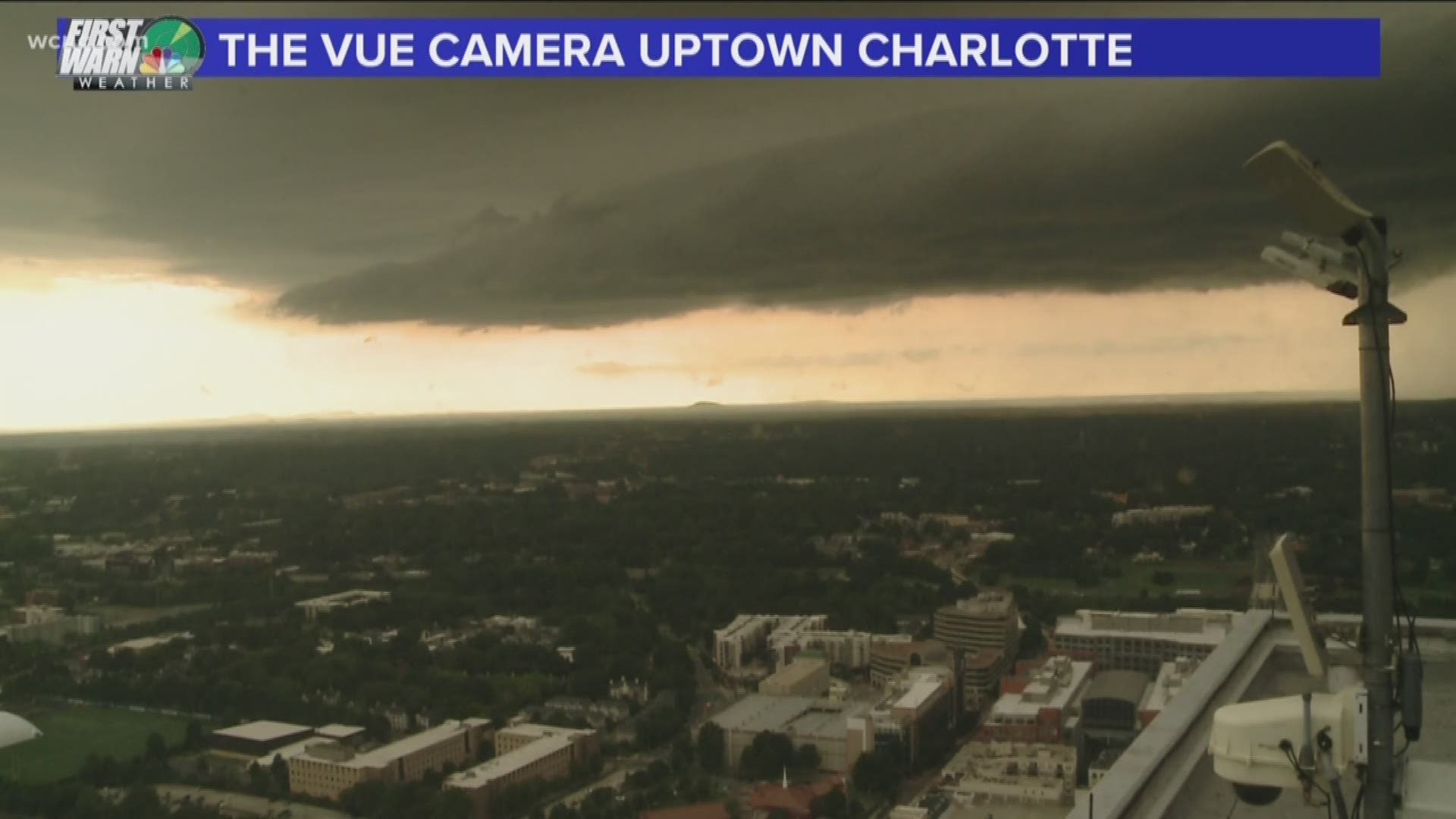 CHARLOTTE, N.C. — Hundreds of people are still without power after a line of severe thunderstorms moved across the Charlotte area Tuesday afternoon and evening.

The line of storms extended from the Tennessee mountains to the Piedmont and left behind a trail of downed trees and other damage. Areas around Charlotte and Lake Norman saw wind gusts up to 70 mph with heavy rain leading to a slow commute on the interstates Tuesday afternoon.

As of 10 a.m. Tuesday, over 400 Duke Energy customers are still without power in Mecklenburg County.

Near Lake Hickory, trees fell on buildings along NC 127. Fallen trees were also blocking a portion of Snow Creek Road near St. Stephens. Chief meteorologist Brad Panovich said a microburst storm blew off the doors of a pharmacy in Bethlehem. No injuries were reported.

As the storm continued towards Lake Norman, it caused additional damage. Near the Lake Norman Airport, trees fell along Highway 150 near Mount Mourne as well as on Lakeshore School and Perth Road near Mooresville.

Rare Pokemon card collection sells for more than $100,000 at auction

Get these trending Charlotte restaurants on your radar now