No major flooding reported as storms pass through Charlotte region

A line of thunderstorms capable of producing 60 mph winds and heavy rain will move across the Carolinas Wednesday, bringing the threat of severe weather. 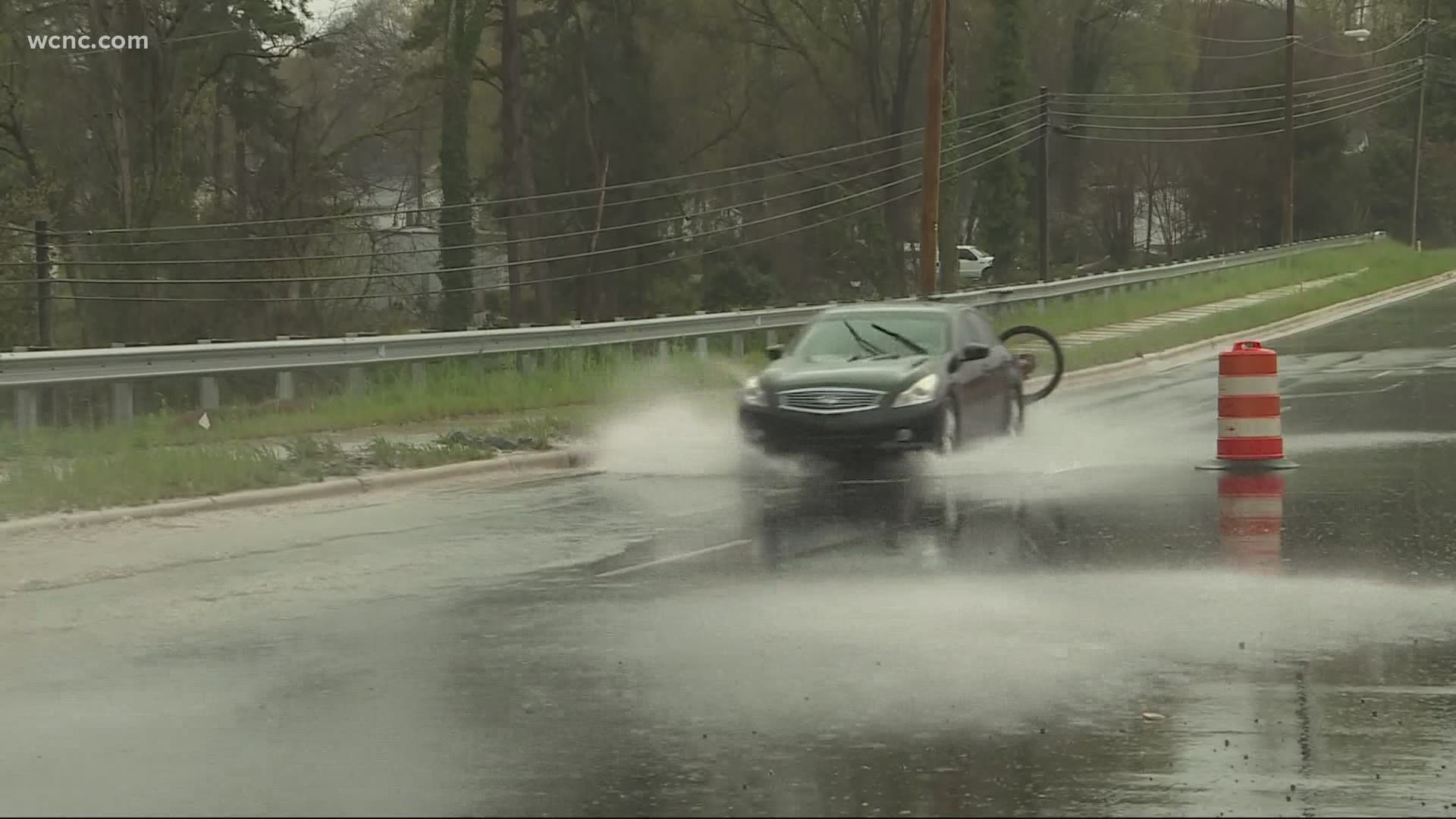 CHARLOTTE, N.C. — A line of thunderstorms brought heavy rain and wind to the Charlotte-area Wednesday afternoon.

Areas from Charlotte south, including Albemarle, Monroe and Wadesboro in North Carolina, as well as Fort Mill, Lancaster, Rock Hill and York in South Carolina were in the medium category for severe weather.

Despite the heavy rain, there were no serious flood problems in Gaston County, but there were sections of standing water on N.C. 273 in Mount Holly.

According to Duke Energy's latest numbers, Mountain Island Lake remained more than a foot above its maximum capacity.

The utility company said two of the four turbines at its hydro-station aren't working.

While the water is swift, it hasn't touched the banks of homes along Lake and Riverhaven Drives in northwest Charlotte.

At the hydro-station's base, fishermen like James Hiers crowd the pier because the conditions are perfect to catch fish.

"As long as it's running, I think even if it's low, it's good," Hiers said about the water. "But the fact that it is high everywhere else is why it's running."

Once Wednesday's storms pass, the North Caroline mountains could see another dose of wintry weather with snow in the forecast. Sprinkle said it won't be much, but the higher elevations, such as Grandfather Mountain, may see a dusting of snow Wednesday night into Thursday.