Ahead of a cold front sweeping across the Southeast, the threat of strong thunderstorms across the Charlotte area Monday brought heavy downpours and gusty winds. 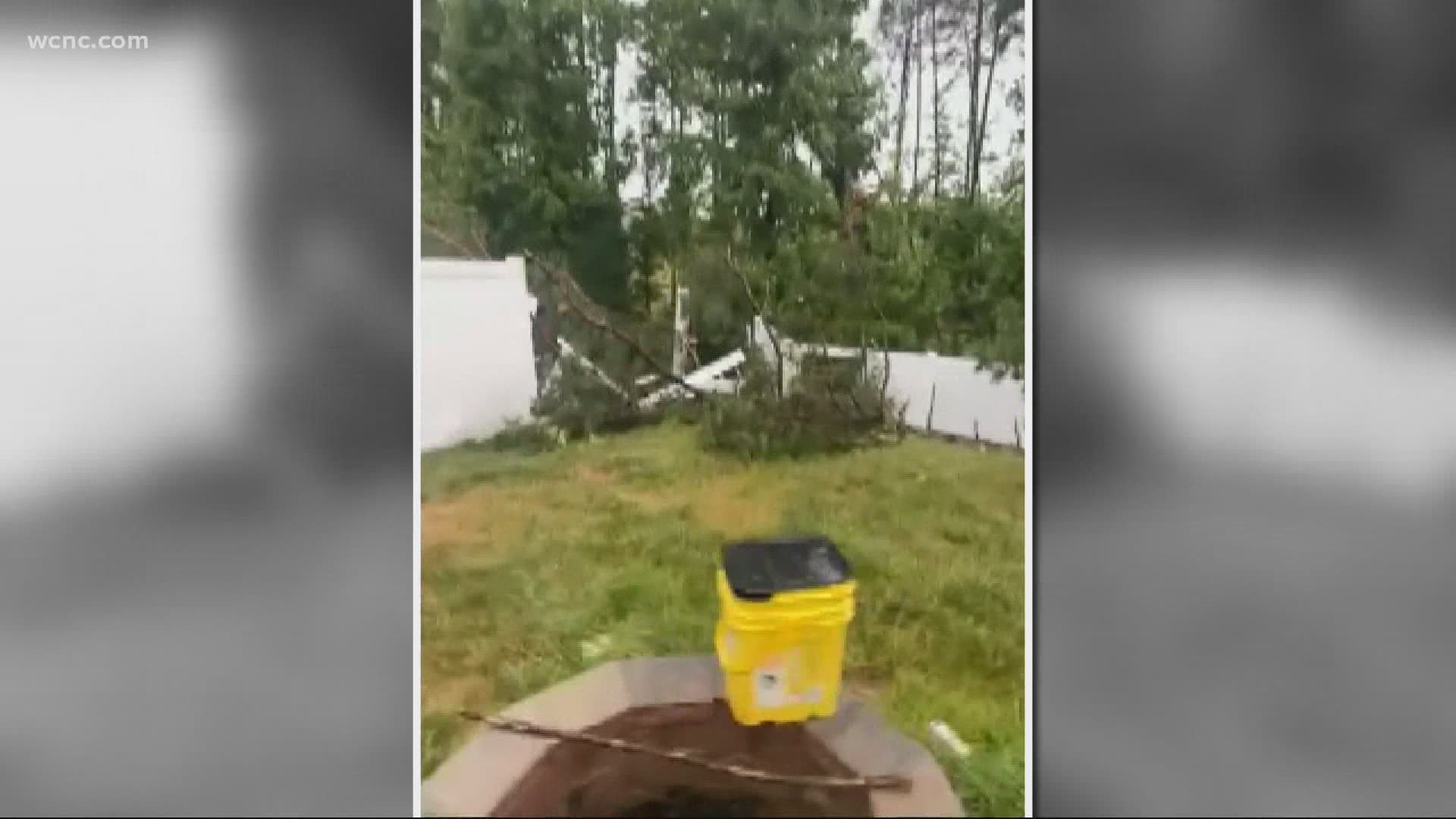 The storms brought down trees in several counties, including Caldwell, Catawba, and Cleveland counties.

In Catawba County, a tree fell across the roadway near the intersection of Joe Johnson Road and Mathis Church Road.

In Catawba County, trees were down near the 900 block of Casar-Lawndale Road.

The main threat from storms was damaging wind and heavy rains, which could have created a threat of localized flooding.

Eric Capodiece shared images with WCNC Charlotte from his home on the South Carolina side of the lake where a tree fell down.

@wxbrad big Carolina pine came down in the backyard in lake Wylie. pic.twitter.com/BePsWNKH1X

Capodiece said no one was injured.

"There's just nothing you can do to prepare for a tree coming down," he said. "It's just an act of God."

WCNC Charlotte Chief Meteorologist Brad Panovich said the Severe Thunderstorm Watch was in effect for North Carolina counties to the north and east Charlotte, could have expanded into Charlotte and beyond if strong storms could strengthened into severe storms.

"What's happened is, we've seen an upgrade to a medium risk for severe storms from Charlotte to the Richmond, Virginia, area," Panovich said. "What I expect to happen is this line of storms will form a 'mini' cool front. By 5 o'clock, this line starts to push east and move into the Piedmont."

Thunderstorms did impact Monday evening's rush hour commute across Charlotte; along I-77 southbound, a small tree fell and blocked the shoulder and part of a lane.

RELATED: Ahead of the Atlantic Hurricane Season, here's how to stay prepared and weather aware