SpaceX to launch a weather and climate science satellite Saturday 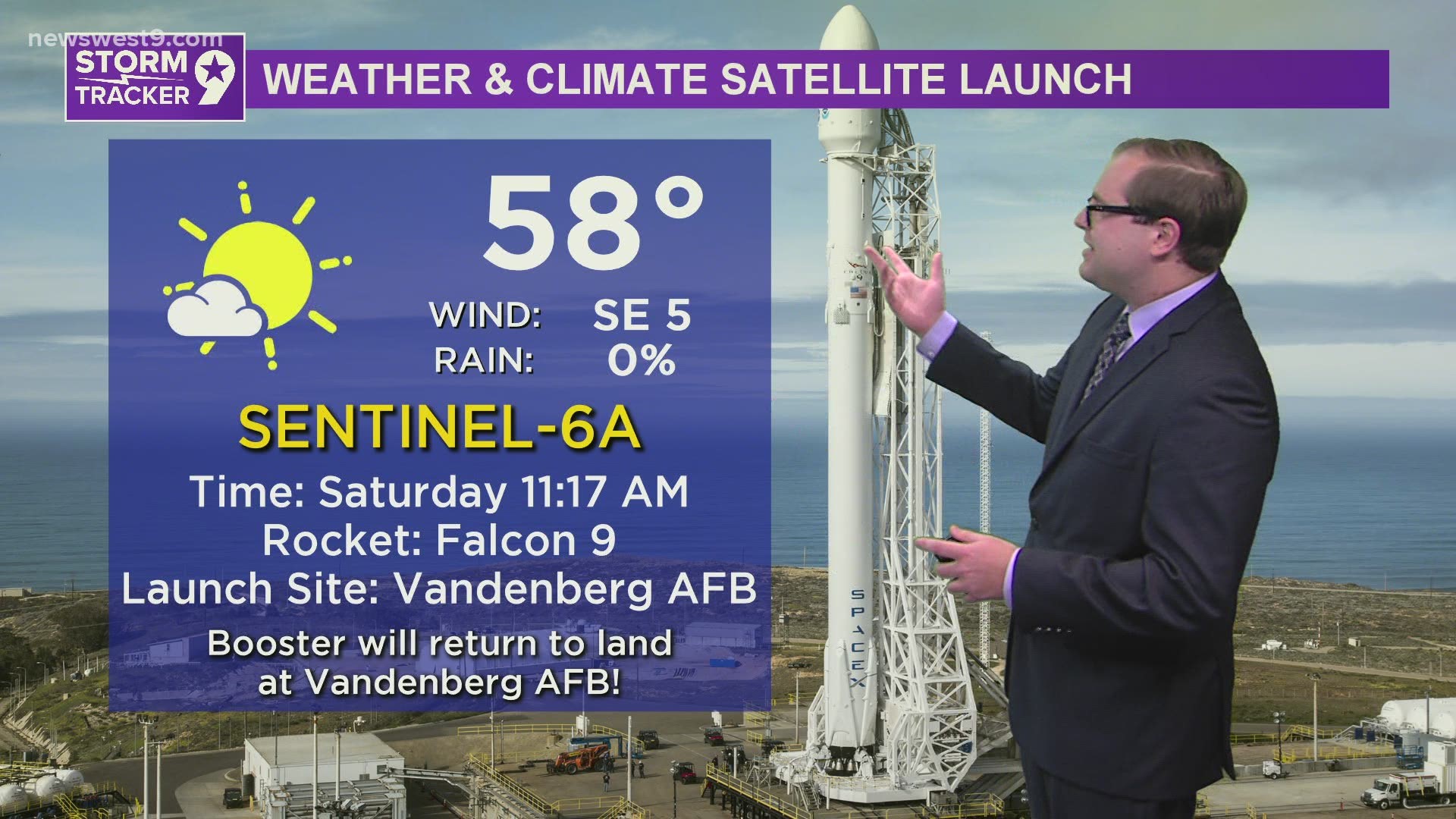 VANDENBERG AIR FORCE BASE, Calif. — SpaceX is targeting Saturday morning at 9:17 AM PST, or 11:17 AM CST, for liftoff of the Falcon 9 rocket, carrying an important weather and climate research satellite.

It was developed jointly by ESA, EUMETSAT, NASA, and NOAA, with funding support from the European Commission and technical support from CNES.

The satellite's companion, Sentinel-6B, is scheduled for launch in 2025.

Using a radar altimeter and a microwave radiometer, the Sentinel-6A's main objective is to measure change in sea level through at least 2030.

Sentinel-6A will also collect temperature and humidity data which will be used in global weather models to improve forecast accuracy.

Saturday's launch is unique in that it will be launched from Vandenberg Air Force Base in California, SpaceX's first west coast launch since June 2019.

Residents in nearby towns like San Luis Obispo and Lompoc have been warned that they may hear multiple sonic booms Saturday morning as Falcon 9 breaks the sound barrier on ascent.

A second sonic boom may be heard when the first stage booster returns to land at Vandenberg AFB.

Sonic booms heard at the Falcon Heavy launch in 2018

The weather for this mission looks good with temperatures in the upper 50s, a few scattered clouds, and calm winds expected at liftoff.

SpaceX is also targeting Sunday night for liftoff of their next Starlink mission from Kennedy Space Center in Florida.