Meteorologist Brad Panovich said storms will be scattered, but the ones that get going could be severe with damaging winds and possible tornadoes.

CHARLOTTE, N.C. — Scattered showers are moving through parts of the area on this Monday night. The Charlotte and surrounding areas mainly to the north of the city will have an isolated chance for a strong to severe storm.

UPDATE: The severe outlook for this evening no longer covers the entire area. Charlotte's threat was lowered to a low threat compared to a medium threat from this morning. So far, areas to the north of Interstate 40 have seen the most shower and storm activity.

The unsettled weather impacting parts of the area tonight will clear out by midnight as the apparent cold front exits the region.

"There is a risk for strong, maybe some severe storms," Panovich said. "Not widespread rain because this is going to be really scattered to isolated storms. Problem is, the ones that get going could be severe."

The storm system entered the Carolinas from west as it first impacted the mountains with scattered rain. A few showers are continuing to increase in intensity over I-77 through sunset into the evening hours.

"A couple of these could be strong but they're scattered," Panovich said. "Not everyone will see rain, that's not how this setup is."

By Monday night, the storms will push east of Charlotte and toward the coast.

WHY THERE IS A RISK

Panovich said the key factor in Monday's storms will be wind shear, which is when there is wind coming from multiple directions. This can cause rotation within storms, should they develop in the atmosphere.

The biggest threat for severe storms during this event will be over the Triad and other areas in North Carolina near Raleigh.

6:30 PM ET: A new severe thunderstorm watch has been issued for the Triad area and northeast. This looks to be where the best dynamics are lining up ahead of the front. #vawx #ncwx #wcnc pic.twitter.com/xIcFmIahHf

The rest of the week will see cooler temperatures and more rain. Thursday is expected to be the wettest day with cool temperatures in the 60s and widespread showers.

The First Warn Weather Team will be with you every step of the way, but here is the latest expected timing:

Be sure to stay weather aware on Monday! The First Warn Storm Team always recommends having at least three ways to get alerts. 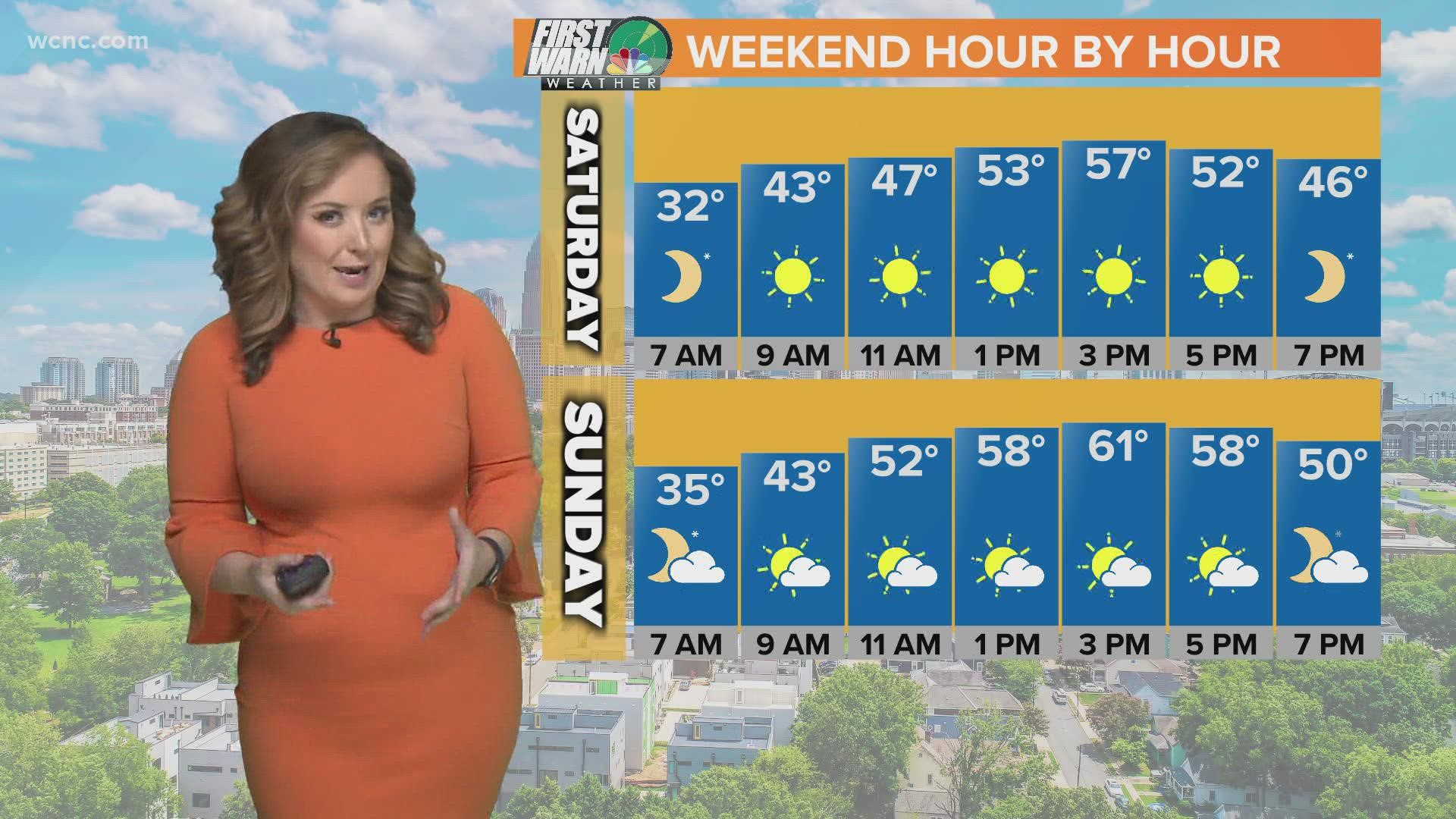