A look back at what the 30 days of April 2021 brought and any records or milestones the month produced. 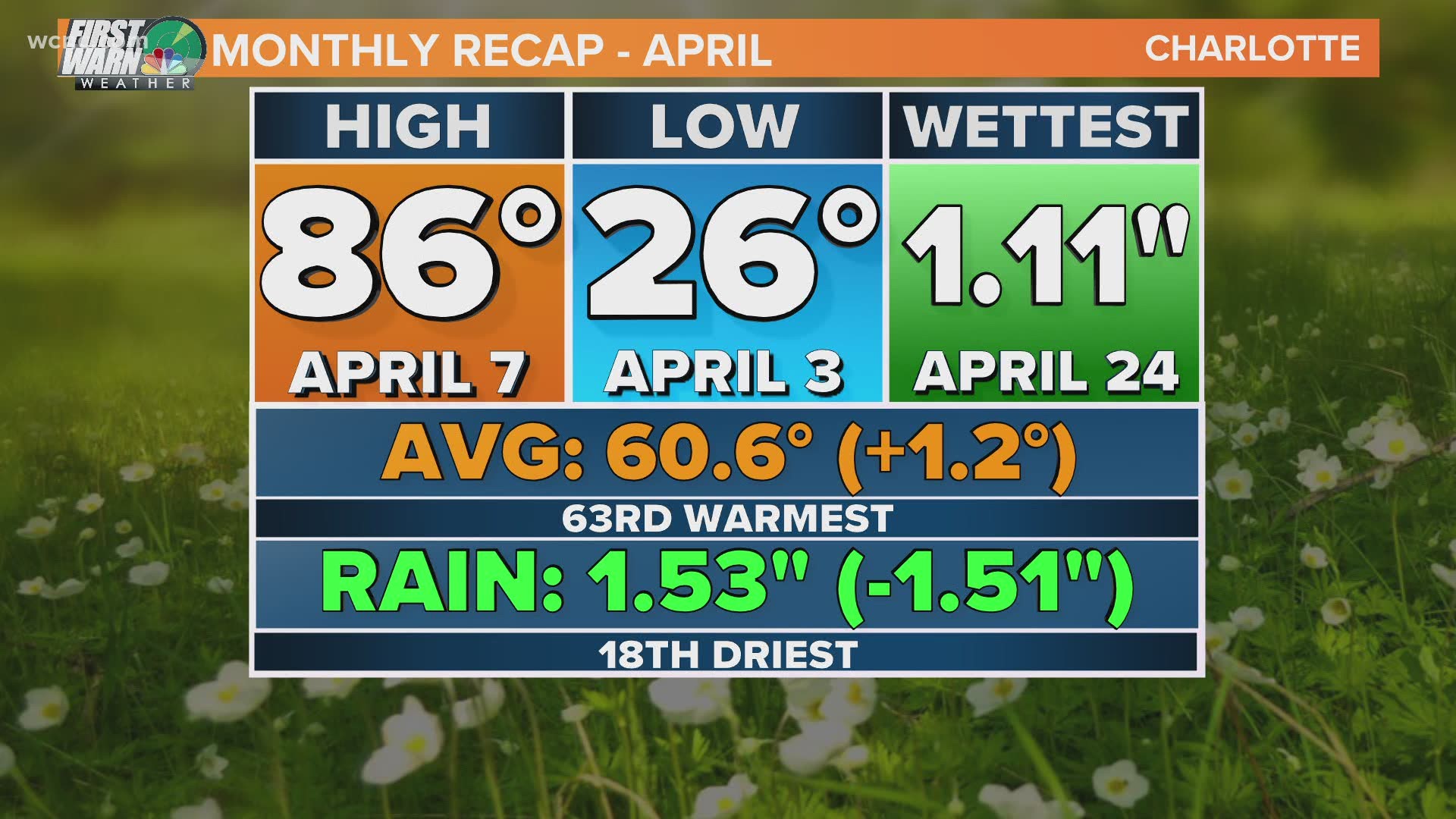 CHARLOTTE, N.C. — May has now arrived, but before we move on let's recap the weather in April 2021. This was not a record-breaking month but it did come with a couple of highlights.

Overall the month was middle of the pack for the average temperature. Averaging all of the highs and lows across 30 days we averaged 60.6° which is just over a degree above the normal April in Charlotte.

86 degrees is the warmest temperature we have had so far this year and that happened on April 7. The coldest we dropped was 26 degrees and that was a record. Breaking the previous record of 28 degrees set back in 1972.

No high-temperature records were broken, but two more record lows were taken by 2021 to end the month. On April 22, Charlotte cooled to freezing and 32° broke the 33° daily record achieved in 1978.

A day later on the morning of April 23, a record low of 31 degrees was set breaking the previous of 35 degrees. These were some of the latest freezing temperatures on record for Charlotte.

Here is your April 2021 recap for Charlotte. The main highlight is that it was a dry month! 18th driest April in Charlotte record history! pic.twitter.com/KhJj5Qpgy2

April was dry. Charlotte and surrounding areas saw up to an inch or more of rain on April 24th following those record lows mentioned above. Charlotte Douglas International Airport saw half the rain it typically gets during the month. This marks the 18th driest April on record and record-keeping began in 1879. There were only 4 days with measurable rain.