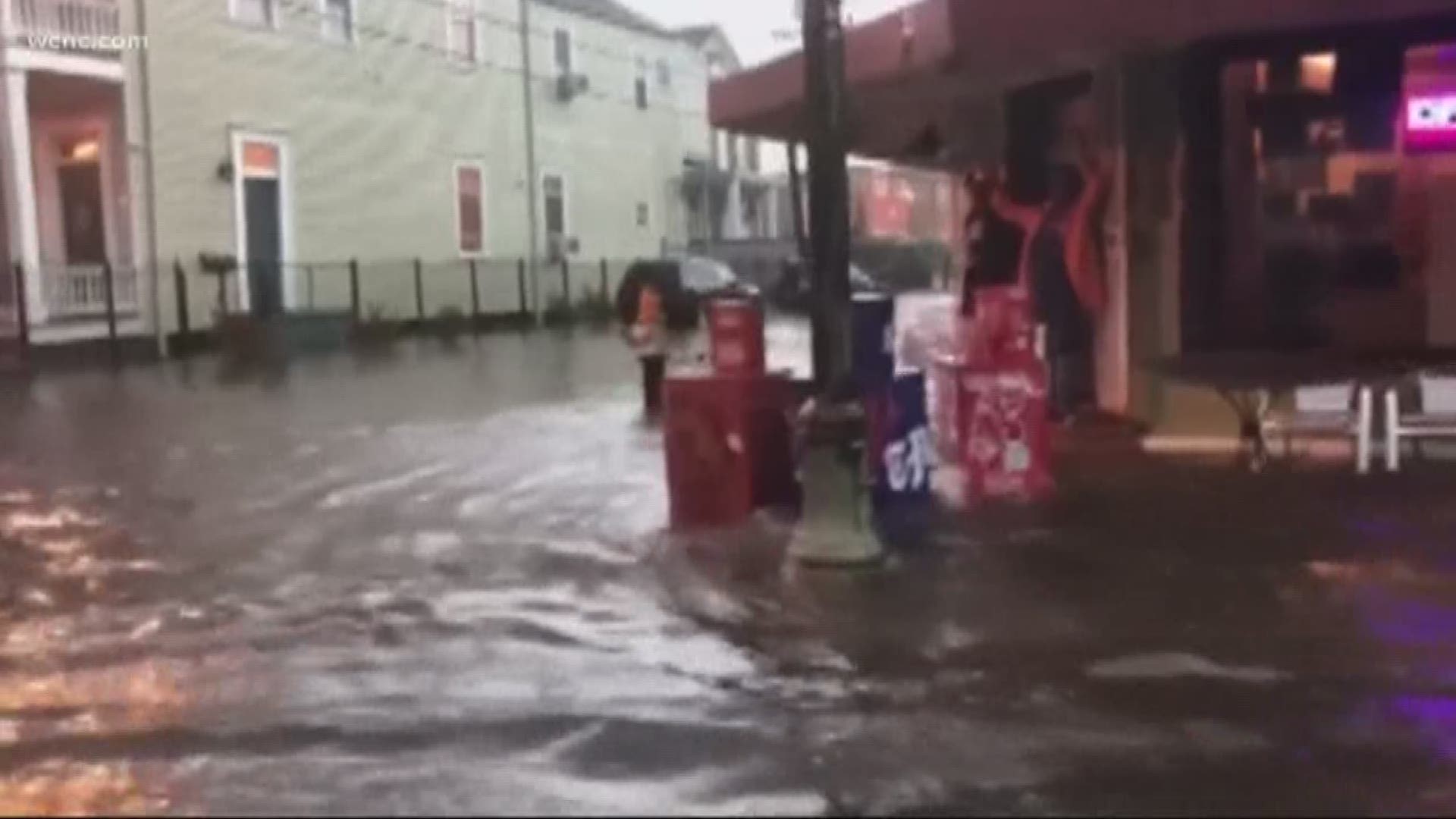 The system is expected to strengthen to a category one hurricane, with winds of at least 74 mph, by the time it makes a forecasted landfall west of New Orleans, Louisiana Saturday morning. A Hurricane Watch has been issued for most of the Louisiana gulf coast.

The Grand Isle community along the coast is being evacuated starting Thursday afternoon.

Communities in the direct path of the storm could see heavy rainfall and flooding as a result of this storm, according to the WCNC First Warn Weather team. The Mississippi River is already at a high water level because of previous rainfall upstream. Additional rains and storm surge from Barry could lead to dangerous flooding in locations including New Orleans.

"The slow movement of this system will result in a long duration heavy rainfall threat along the central Gulf Coast and inland through the lower Mississippi Valley through the weekend and potentially into early next week," the National Hurricane Center said in a statement Thursday. "Flash flooding and river flooding will become increasingly likely, some of which may be significant, especially along and east of the track of the system."

The impacts from the storm will directly impact the Gulf Coast and is expected to stay to the west of the Southeast region.