What is a 'QLCS'? The common cause for most of the tornadoes in the Carolinas

A line of thunderstorms does not always form a straight line. When there are 'kinks' in the lines then a tornado can quickly spin up. This is not rare. 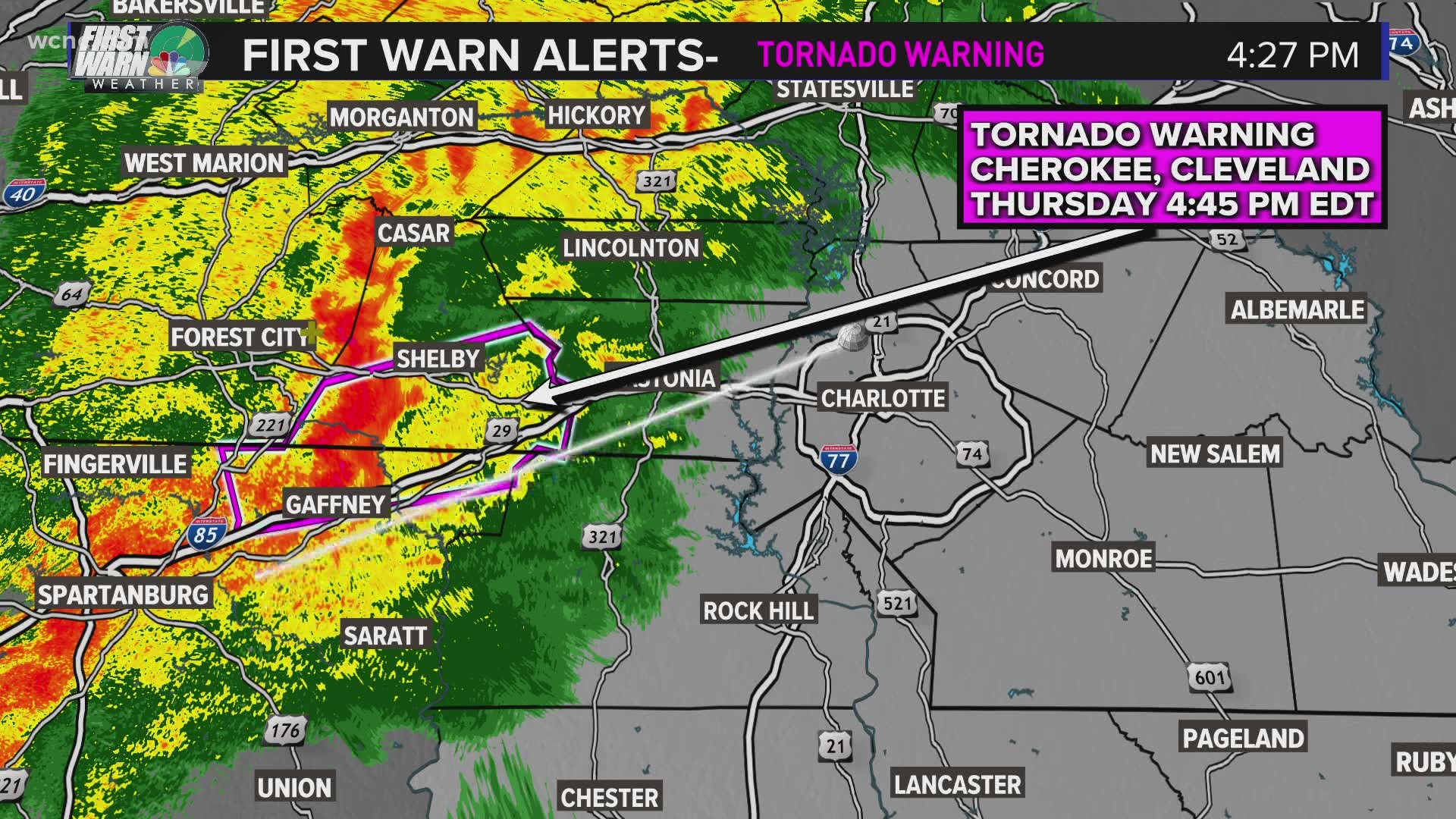 A QLCS is an abbreviation for a Quasi-Linear Convective System. Sounds complicated, right? This can be simply defined as a strong line of thunderstorms that is 'not' perfectly straight.

This is a type of squall line. A typical squall line will develop ahead of a cold front here in the Carolinas. These can also form along an MCS, which is like a mini cold front.

These lines move fast, sometimes moving at 45 to 60 mph. This is because the winds within the storms, are driving it faster. Any QLCS can produce damaging winds, large hail, dangerous lightning, heavy rain and even tornadoes.

Here's a look at the futurecast at 2pm tomorrow & the significant tornado parameter. This is a QLCS, fancy name for squiggly line of storms. This is mostly a straight line wind threat but with embedded tornadoes possible. Tornado threat increases as it moves east from here. #ncwx pic.twitter.com/9YpLWii3s0

However, sometimes the strong winds take over. An angled downdraft of the storm (the strong winds we feel at the surface) can strengthen and drive the storm faster. The faster the winds become, the faster the forward motion can be. The areas that have faster winds will start to move forward and form a bow which we call a bow echo.

When there are bows along the line, it can cause 'kinks' in the the line making it appear squiggly (a more fun and less technical term). This is where a tornado can form.

These are a danger because the process of in which a tornado is produced in these 'kink' within the QLCS, happens very quick. They can happen anytime of day or night, but the afternoon and evening hours are most common (since that is when the atmosphere tends to be most unstable). Tornadoes form in these breaks between the bows, where you can get inflow notches into the storm. This is where the spin-up occurs.

The above graphic tells you what you need to know about a QLCS tornado.

The two tornadoes below were both examples of 'spin-up tornadoes from a QLCS. These both happened in early April of 2021.