Tuesday's high will only reach the mid-70s after widespread showers cool the Carolinas in the morning. 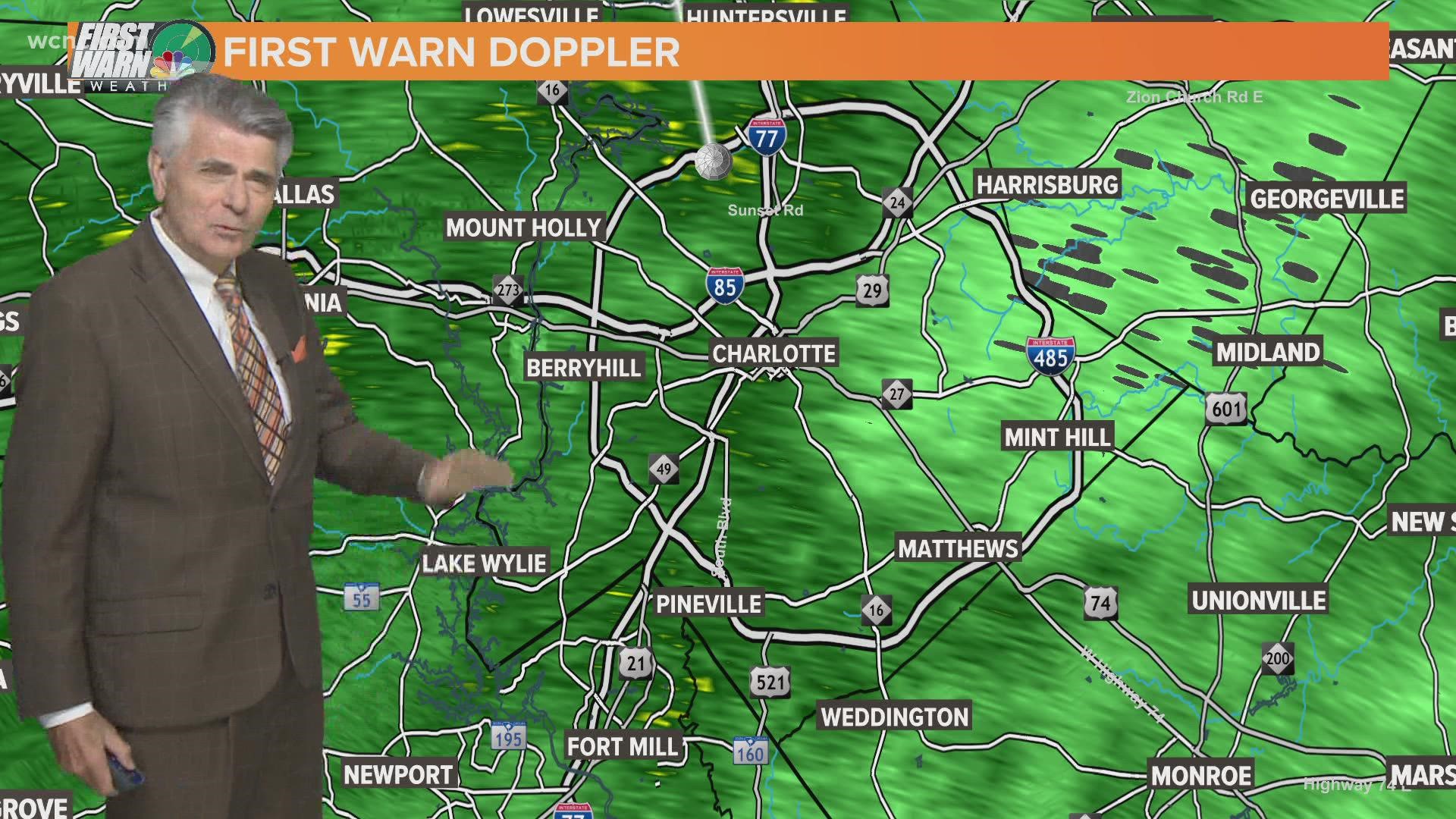 CHARLOTTE, N.C. — The Charlotte, North Carolina, area saw periods of rain and temperatures well below average for this time of year Tuesday.

First Warn forecaster Larry Sprinkle said the rain had an impact on Tuesday's commute but we weren't facing the threat of severe weather in the Carolinas.

"Just enough to mess up that commute," Sprinkle said.

Rainfall totals remained under an inch; at Charlotte-Douglas International airport, about 0.15 of an inch was recorded, but one rainfall gauge in the Barclay Downs area in Charlotte collected 0.41 of an inch.

In addition to the rain, it's going to be comfortable with afternoon temperatures only climbing into the mid-70s. Tuesday's forecast high is 76 degrees and Wednesday is only expected to reach 78. But the relief won't last long as the weather dries up and gets hot.

"We'll see a change in the weather patterns over the weekend and we're back to the low 90s," Sprinkle explained.

The heaviest rain was along Interstate 85 and U.S. 74, particularly in areas south and west of Charlotte, including the Upstate of South Carolina. This includes the towns of Boiling Springs, Chesnee, Blacksburg and Gaffney.

Some locations east of Charlotte, including Rockingham, North Carolina, and Cheraw, South Carolina, could get over an inch by the end of the week.

The rest of the week will be mostly dry until Friday. Sprinkle said Charlotte has a 30% chance of rain, with stray storms possible across the Carolinas.

RELATED: Here are the spots in Charlotte that are prone to flash flooding