A famous wild horse from the North Carolina Outer Banks has passed away, the Corolla Wild Horse Fund confirms on their Facebook page. 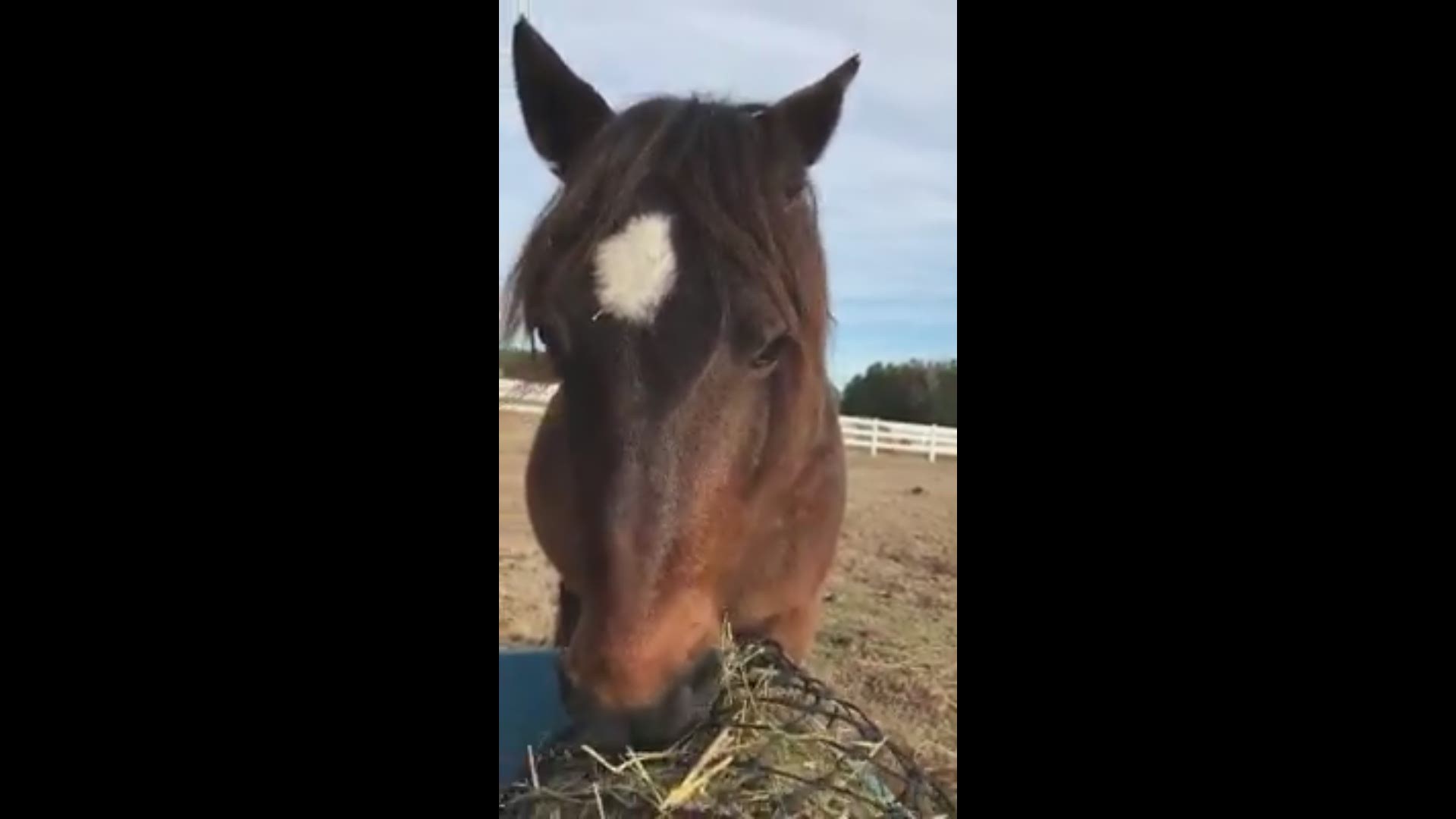 COROLLA, N.C. — A famous wild horse from the North Carolina Outer Banks has passed away, the Corolla Wild Horse Fund confirms on their Facebook page.

According to staff members, Roamer, passed away on the morning of December 12 after he was showing signs of colic, which is common among the wild horses.

Corolla Horse Fund immediately called the vet. But nothing could be done to save the wild stallion.

"She and our staff did everything in their power to save Roamer, but he had a tear in his GI tract that led to sepsis. It was less than 24 hours after he first showed signs of colic that we made the difficult decision to let him go," Corolla Horse Fund wrote on their page.

However, Roamer leaves behind his offspring on the beach and his legacy as an ambassador for his breed.

"We take comfort in knowing he will live on in those ways, but we are still grieving, and will be for a long time," Corolla Horse Fund wrote.

Corolla's herd manager, Meg Puckett, called Roamer "sort of a legend" and an "ambassador for the horses." He was among the oldest of the nearly 100-strong herd, and got his name for his tendency to wander among tourists.

Hundreds of well-wishers took to the Corolla WIld Horse Facebook page to pay their respects to Roamer.

One person shared a video from when she met Roamer last March.

"Here is the Video from last March. I will miss you beautiful boy," Karen wrote.

"I'm so saddened by this. I met Roamer at a meet a mustang event and was inspired to create a Corolla Wild horse character named Roamer in my new book. Rip dear boy. He will live on in the sequels however, he's a popular character among my readers."

Associated Press contributed to this report.

Corolla Wild Horse Fund
It is with incredible sadness that we must announce the death of our beloved stallion Roamer. On the morning of December 12, Roamer was showing signs of colic and we immediately called our vet. She...