Experts say: If this happens to you, the best thing you can do is get video and call the police. 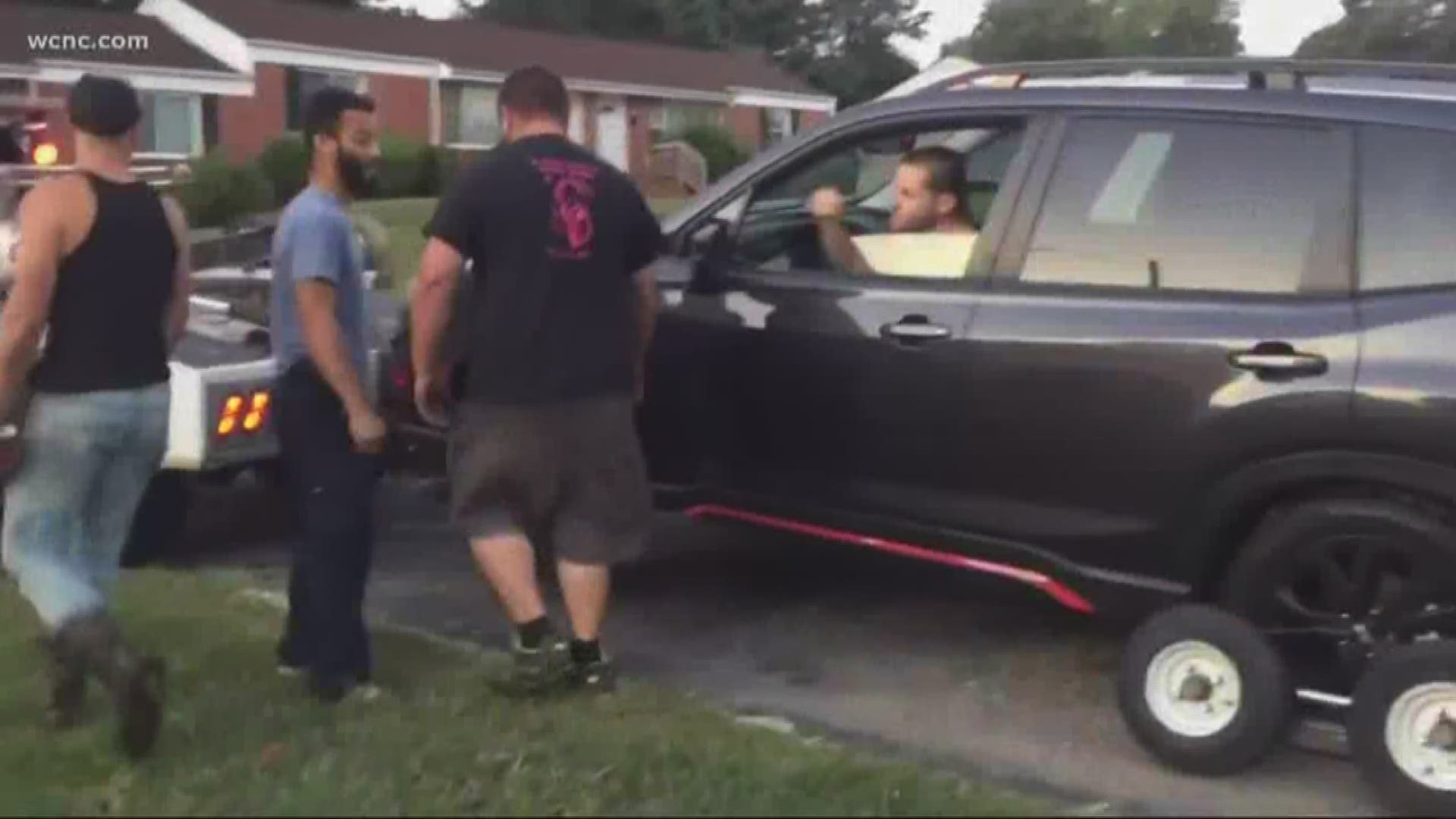 An SUV parked legally in its designated spot at a Gastonia apartment complex. So how did it wind up hoisted up on a tow truck?

"I've lived in this complex for four years, why is this happening now?" asked Anthony Spano, the vehicle's owner, as he want toe to toe in a recorded video.

A guy who says he's the owner of RPM Towing and Recovery can be heard on the recording.

"You're talking to the wrong one. I'm not a muthaf---ing worker out here, I own this muthaf---er," he said in the video.

Spano admitted he parked where there's no parking allowed.

"Parking in the grass is my fault," he said.

He said he ran inside to take a quick shower but while he was inside -- four guys from RPM Towing were outside --  ready to take the car, Spano explained.

"I peeked through the yard and I saw they were towing his car," Gaisser said.

"I ran outside in a towel," Spano said.

But he says he paid the $300 cash the company demanded. Then asked for a receipt.

"I told him go ahead and get off my property now, thank you very much," Spano said.

Spano moved his car to its proper spot. And the towing company left. Or so he thought.

"I look out the window and he is circling around back to my car that is parked legally in my parking space," Spano said.

They came back claiming Spano ripped their receipt book.

What happened next, was captured on video:

"Let's see you go to work today," the operator said on the video.

"You owe me another 60 for that book you f---ed up," the operator explained.

"You have four men violently talking to us, or yelling at us threatening us," Gaisser explained.

Back on the video, the conversation about the receipt book continued.

"I watched you," the tow truck owner replied.

"Your boy ripped it out of my hand," Spano said.

After the video stopped recording, the towing company dropped Spano's car and didn't charge him anything else.

Legally a ripped receipt book is not a valid reason to tow someone's car.

Records reviewed by WCNC NBC Charlotte showed RPM Towing has a history of complaints about their towing practices, including predatory towing.

Police got involved last year after RPM booted a truck and charged the driver $1,600 to remove it.

Gastonia police actually sent a letter banning RPM from operating at one property until the company learned how to comply with city ordinances.

Experts say: If this happens to you, the best thing you can do is get video and call the police.

"Screaming in your face is not: One, a way to do business, I would think; and two, it's very scary. It's frightening," Spano said.

WCNC NBC Charlotte spoke to the owner of RPM over the phone. He did not want to go on camera but he disputes a lot of what Spano said.

He claims Spano is the one who got hostile with him first -- so hostile he ripped the receipt book.