Strangers save elderly woman from burning car moments before it explodes

An FBI agent and two Good Samaritans stopped on the side of the road when they saw the vehicle on fire. 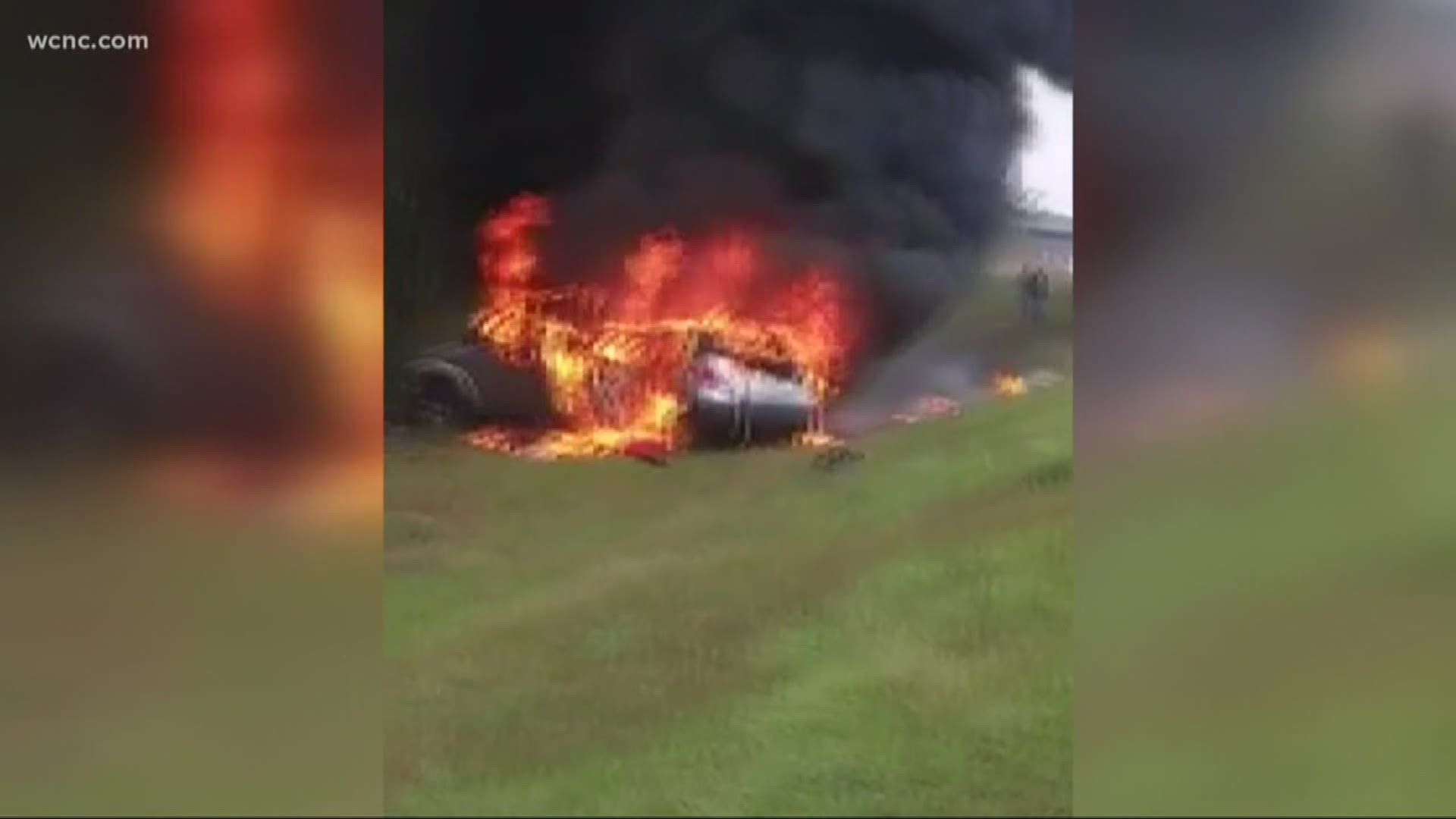 CHARLOTTE, N.C. — Three Charlotte men, including an FBI agent, are being honored for their heroism during a daring rescue.

The FBI agent was on his way to help with a big case when he saw flames on the side of the road. He and two Good Samaritans managed to pull an elderly woman from a burning car with just seconds to spare.

"The flames were intense," he said.

At first, he didn’t know there was an elderly couple trapped inside.

Jeff McElhaney was also driving by.

"It was amazing; it was almost like I was in a movie at that time," he said.

The Good Samaritans pulled over to help and were joined a few minutes later by an FBI agent who was driving by.

Jason Kaplan works out of the Charlotte office. He was on his way to help with a high profile kidnapping case when he saw the car on fire.

"I noticed two people running down to the accident scene, and I could see there was fire and smoke.”

McElhaney got to the car first and saw an older man and his wife still inside.

"Told the driver he needed to get out immediately, the car was on fire. He was disoriented. He said. 'I'm okay, but will you please help my wife? She’s stuck.' She was also pinned up between the dash and her seat," he said.

A few minutes passed and Kaplan remembered realizing how bad things were.

"The entire front of the car is now engulfed in flames; we all understood we dIdn’t have much time," he said.

"At one point, the three of us were looking at each other-- if we don’t do something, we're not going to get her out," Snider said.

"That’s when Jason ran around to the other side, went into the smoke-filled car, and I remember him digging around for the seatbelt buckle," said McElhaney.

"Jason got the woman's leg unstuck. I remember there being flames or some fire right there by her legs as we were trying to get her out. The hood was starting to flame up right by the passenger side the car itself the interior was filled with black smoke," he added.

"Her shirt was on fire at that point. The tires were starting to explode; the heat from he vehicle was intolerable," he said.

The three men managed to pull the woman out through the window.

"After we got her free, we were looking at each other saying, 'We've got to move; we've got to move now.' I had her legs. Jason and Jeff had her torso. We got her up to the street. Maybe 30 seconds later, the car, the gas tank blew, ruptured, and flames went everywhere," said Snider.

All the men said they were glad to have been able to help, but McElhaney said it was a chance for him to pay back a time when he was in need.

"About 20 years ago, I was riding in the back of a friend's pickup truck. I was flung, and I landed face-first on the asphalt, and I’m laying in somebody’s front-yard bleeding to death. Luckily, a passerby happened to be an ER nurse," he said.

The nurse was convinced McElhaney was dying.

"She didn’t want me to die alone so she sat with me and she prayed until the ambulance got there," he said.

That's why he was especially proud to be part of the heroic trio.

The guys said if you ever come up on a scene like they did, call 911. None of them did. They were busy recording video instead.

The couple they saved is grateful and still recovering.