After surviving a low point, the Purple Heart recipient decided to climb the highest mountain of each continent. He has one left. 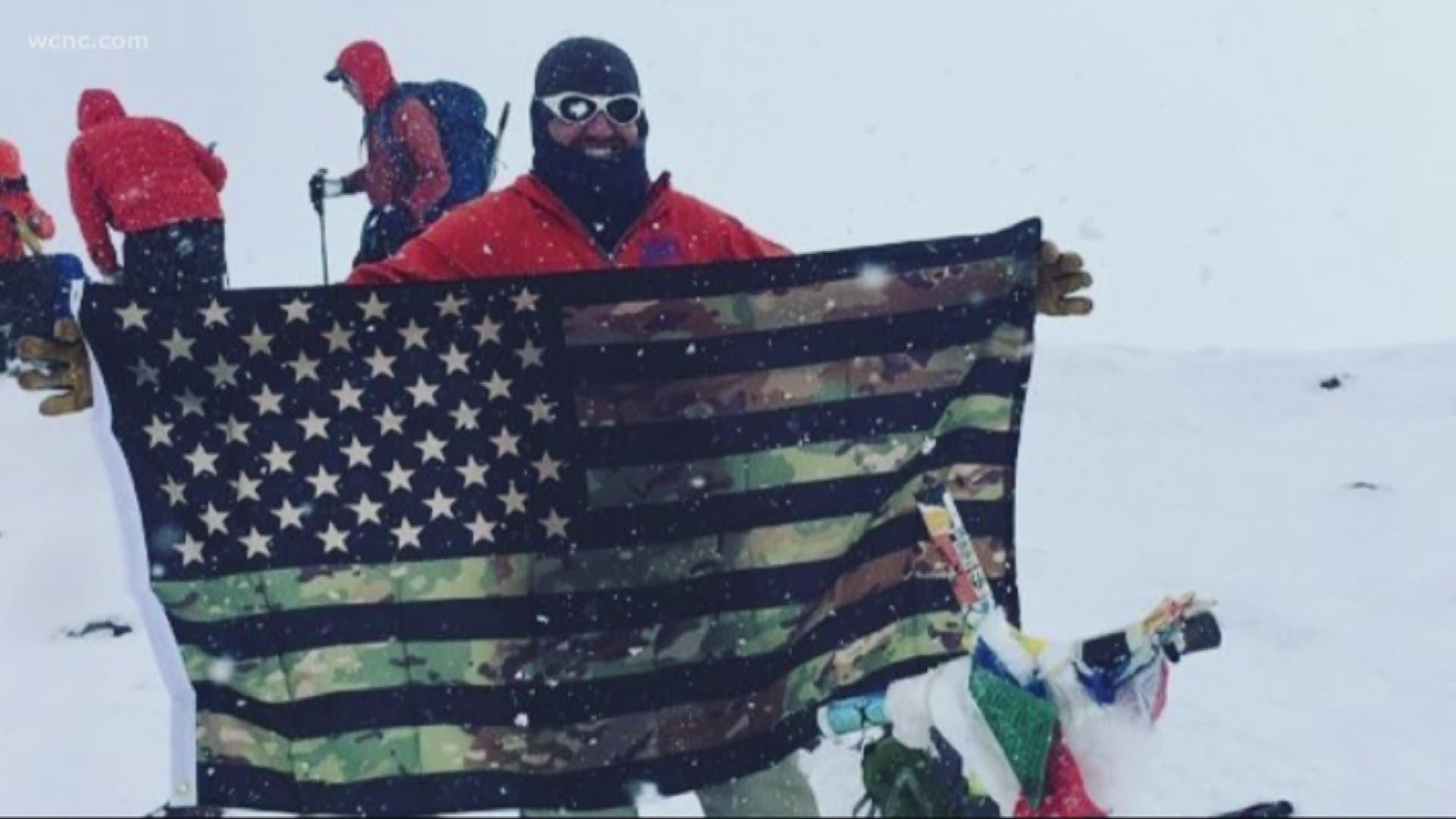 CHARLOTTE, N.C. — 'Everything went black' the moment Benjamin Breckheimer was hit by an IED in Afghanistan. Ten years ago he returned to the states wounded.

"After I got wounded, I actually got a divorce right away and just really lost myself," Breckheimer said.

He was enduring the lowest of lows.

"I remember sitting at the edge of my bed with a gun in my hand and honestly was seconds away from pulling the trigger," he said.

In that split second, he chose to live. And not only did he want to live -- he wanted adventure, committing himself to climb the highest mountain of each continent.

"So far I've done six of the seven summits," he said.

He's doing this all while still recovering from injuries he got while deployed. Breckheimer says he just blocks out the pain.

"I still have leg injuries," he told NBC Charlotte. "Open wounds on my leg and my right ankle is fused at 90 degrees."

That is not stopping him from scaling the highest peaks on every continent.

During his hike up Mount Everest, Breckheimer survived an earthquake followed by an avalanche. That won't be his last challenge. Coming up as early as May, Breckheimer will hike his last of the peaks.

He plans to make this climb in May or June, depending on the weather. Breckheimer says if he reaches the top, he would be the first Purple Heart recipient to climb all seven peaks.

His message to others doubting themselves: "You'd be surprised when you do step outside your comfort zone, what you can accomplish."

NBC Charlotte's Rachel Lundberg asked him what his plans were after Mount Denali.

"I plan on going to the South Pole, then writing a book," he said.