“I wouldn't be in this business if I didn't like making people happy," Tiffany Donovan said. "So the joy that it brings me gets me teary-eyed.” 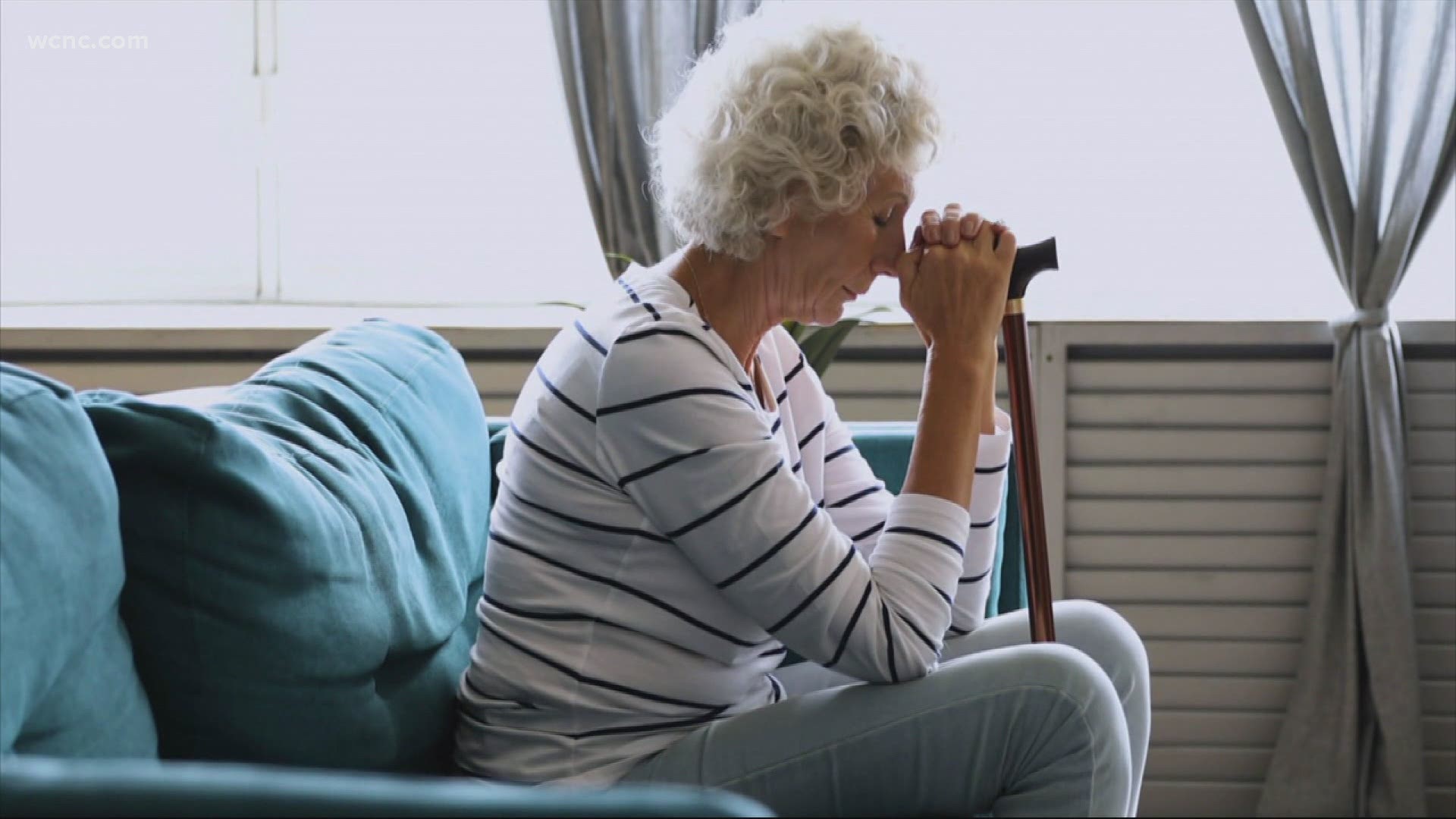 “Just thinking of how lonely I feel not being with my friends all the time ... it’s like, how would you feel literally seeing nobody?" Tiffany Donovan said. "I don't even know what that would be. I mean, I can't even begin to imagine.”

Donovan owns Confetti Castle. Her business is all about spreading joy.

“We're in the business of balloons," she said. "I mean, the only thing we do is deliver happiness.”

Lately, she admits, that happiness has been a little harder to find.

“I always like, try to look at the bright side," Donovan said. "And sometimes it is not easy to find -- like the bright spots.”

So she decided to create some light in the dark. Wednesday, she launched 'Adopt a Grandparent.' For $25, people can have a bouquet of balloons delivered to a Charlotte-area nursing home.

"It just exploded," she said.

“I mean, I never thought in a million years to be that much in such a short amount of time," Donovan said.

The $25 is at-cost and just covers supplies -- she isn’t making money off this. She just wants what she always has wanted: to spread joy, even in the hardest of times.

“To somebody who's in the end stages of their life having to explain to them every day, like why no one is coming to see them," Donovan said. "I can't even imagine the heartbreak that would feel.”

“People are saying, 'I'm doing this in honor of my grandmother who passed away during COVID. And we didn't get to hug her for six months.' Like, it's heartbreaking," she said.

Donovan and her team have specially ordered the balloon bouquets and will start delivering them Thursday. They’ll keep going as long as it takes.

“I've made the decision that basically we'll do one nursing home a week until we run out of money," Donovan said.

It's to remind those who feel the most alone, that they're not alone -- not really.

“I think, you know, us being able to show somebody people that don't know them care about them," she said. "I mean, we wouldn't have everything we have if we didn't have the people that came before us. So it's like just knowing that we can show people that ... I would only imagine that it would make them so happy to know they're not forgotten.”

It also serves as a reminder that it may not be easy to find joy in every moment, but every moment there is a chance to create joy.

“I wouldn't be in this business if I didn't like making people happy," Donovan said. "So the joy that it brings me gets me teary-eyed.”

To adopt a grandparent with Confetti Castle, click here.