The decision to try out this new method saved his life. 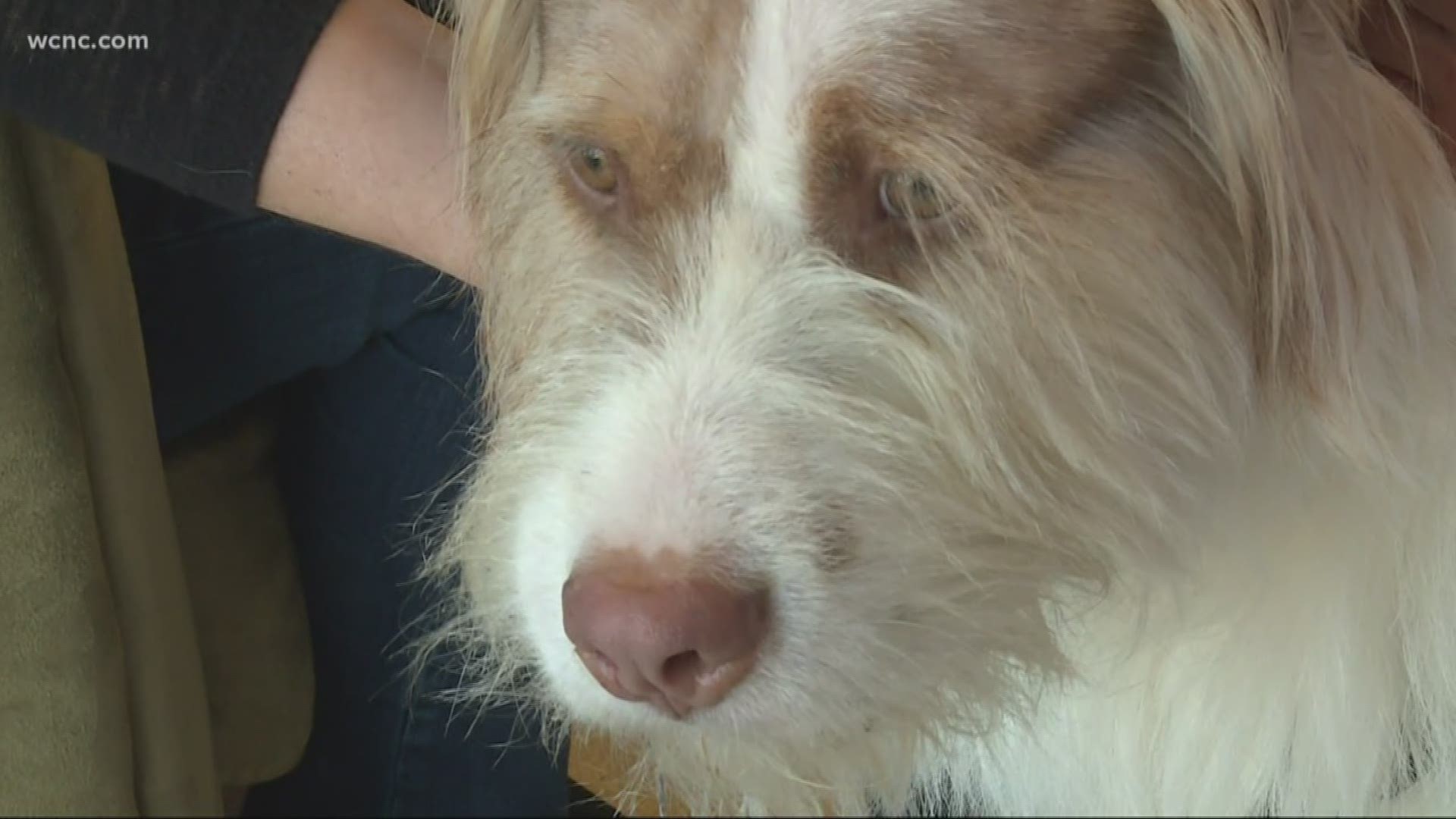 CHARLOTTE, N.C. — A Charlotte veterinarian is making waves in the field, using technology for innovative new surgeries that are saving animals lives.

A Charlotte family and their beloved dog Wilson are proof of his inventive work. Part of Wilson's skull is now a 3D printed plastic implant and he's the first dog to have this specific type of implant. The decision to try out this new method saved his life.

Two weeks after a remarkable surgery, Wilson the dog gets a perfect bill of health. Dr. Fred Wininger telling his family he should be cured. It’s an outcome they never expected a few months ago when he started having seizures.
That’s when they found the huge tumor.

"It was compressing his brain by over 40%,” says Fred Wininger, VMD, MS. He’s a neurology specialist at CARE, Charlotte Animal Referral and Emergency.

Wilson wouldn't live without surgery, devastating news to his family.

“He fit right into the family. The boys just love him, they think he’s the best. When we get home and we pull into the driveway they’re just so excited to see him," says his owner Anna Mesen.

Wilson would need a large part of his skull removed to get the tumor out. Normally a titanium plate would be put in its place but what's on the market was too small.

“My heart kind of sank but then he said there’s this other option,” says Mesen. The other option was Wininger’s 3D printer. They were able to print out an exact replica of Wilson’s skull and tumor. Using that they could figure out exactly what shape the implant had to be.

"We created this implant to place perfectly on the skull that we had removed,” says Wininger. The implant took 10 hours to print. It’s the first of its kind and a game changer in animal medicine.

“Now you have quick turnover rates and accessibility. Usually these plates are thousands if not tens of thousands of dollars if they're outsourced. To be able to make something cost effective for our local clients is very exciting. And we can also send them to other places very easily,” says Wininger.

Wilson's success story is one of hope.

“It’s pretty crazy. We're really thankful he’s doing so great,” says Mesen.
And it’s a sign other families will be given the gift of more time with their furry friends.