This comes just days after two people were bitten by a rabid cat in Matthews. 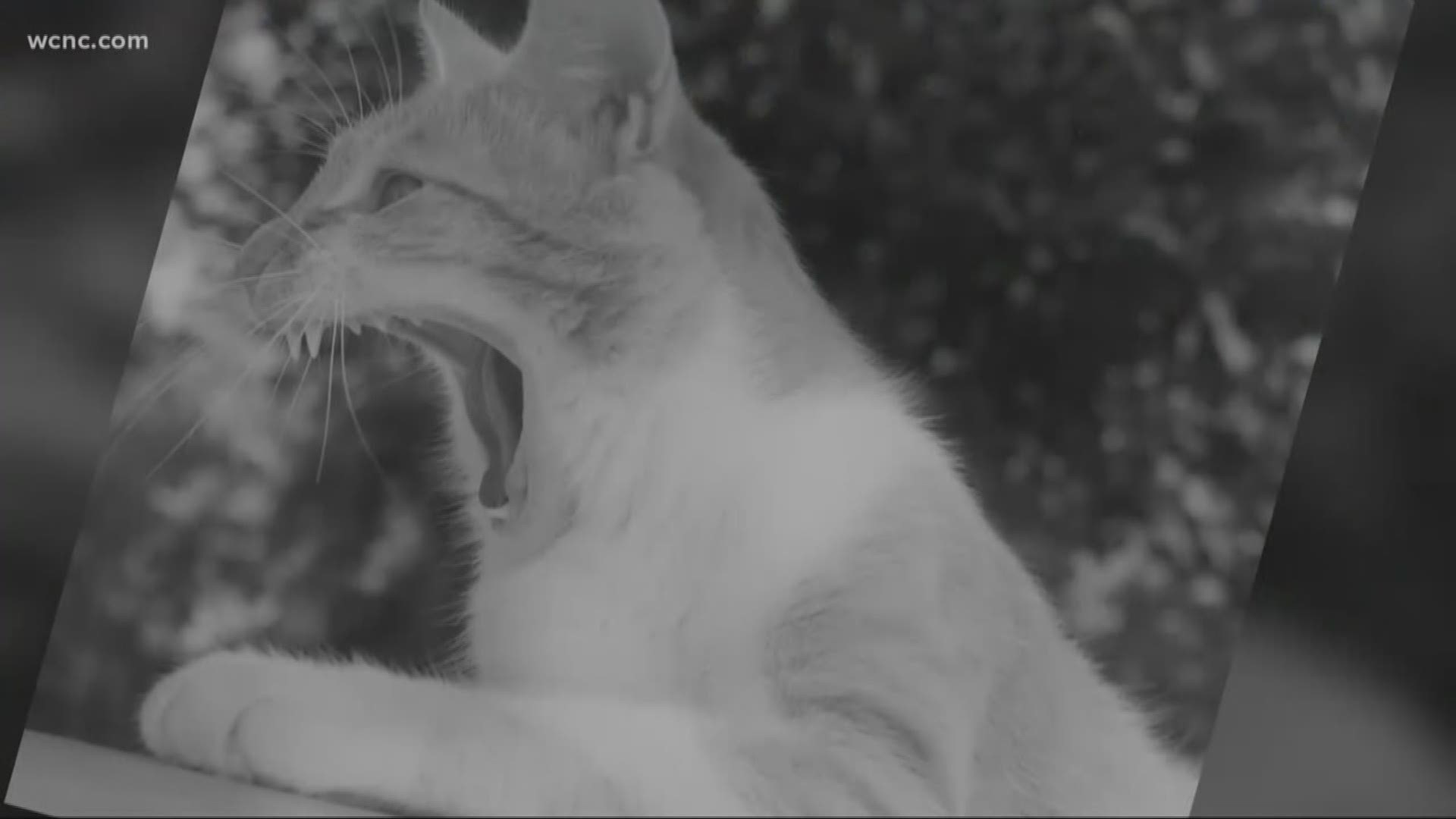 GASTON COUNTY, N.C. — There’s been a sudden uptick in rabies in the Carolinas.  A second case of rabies has been confirmed in Gaston County after a family's dog fought a rabid raccoon.

This comes just a few days after an aggressive, rabid cat bit two people in Matthews.

Luckily, the dog in Gaston County was up to date on its vaccinations. Gaston County Animal Control is now warning people to keep their dogs on a shorter leash and be more cautious themselves.

Several people in Gaston County got a notice from police.

“It just says if you haven't had your animals vaccinated to be sure and get that done,” Nancy Denton said.

She’s being warned after a neighbor's dog fought and killed a rabid raccoon. She's on edge, she has three dogs and spends a lot of time working in her garden.

"They're little dogs, they're going to be using a wee wee pad, I guess, for a while,” she says. She says she’ll be looking over her own shoulder too, “if it’s something like that, you can just walk upon it!"

That was the case for two people in Matthews.

They were treated after they were bitten by an aggressive cat who tested positive for rabies. Police are warning people who may have run into the cat because it doesn't necessarily require a bite, rabies can be spread through a scratch or saliva.

In North Carolina, it's required by law to have your dogs, cats or ferrets vaccinated against rabies.